This Civil War monument marks the location where the 59th New York Infantry held their position while being attacked by Confederate soldiers from July 2nd to July 3rd, 1863. The monument is located on the west side of Hancock Avenue and was dedicated July 8, 1889 by the state of New York. The granite monument has a taper step design, a two part base, a pyramid top capped by a bronze medallion, and a total height of nearly twelve feet. 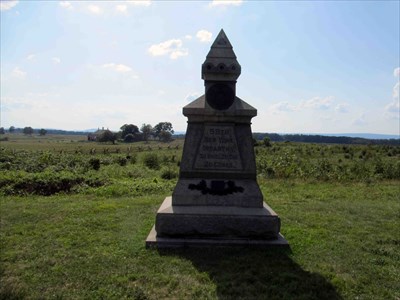 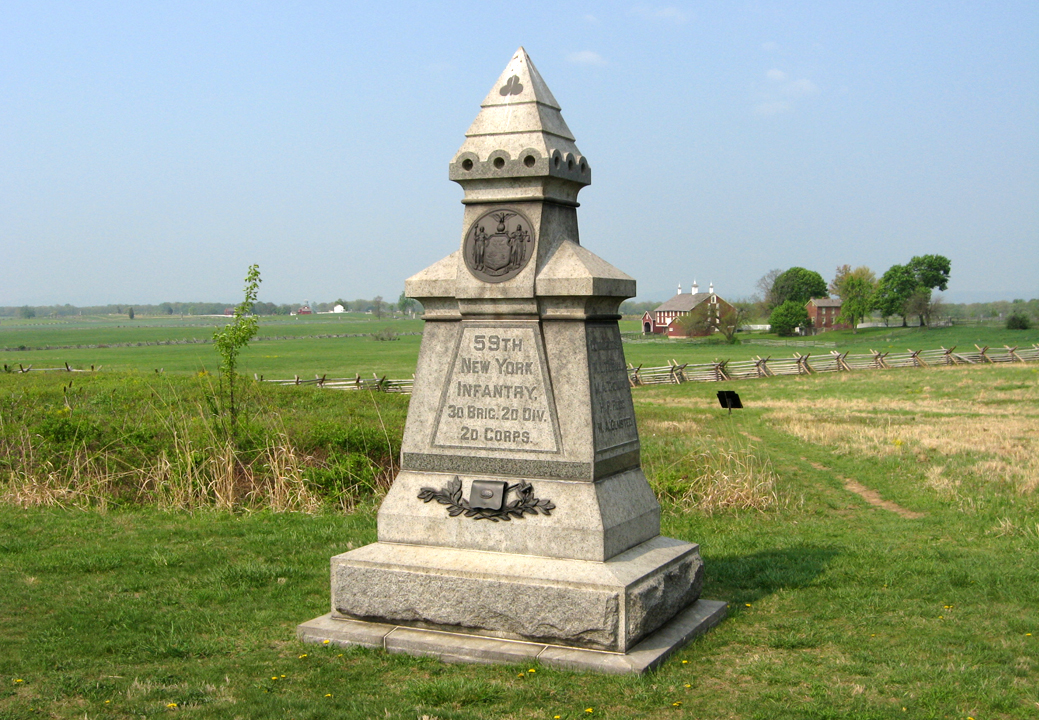 Bronze embellishment on the base of the 59th New York Infantry Monument. 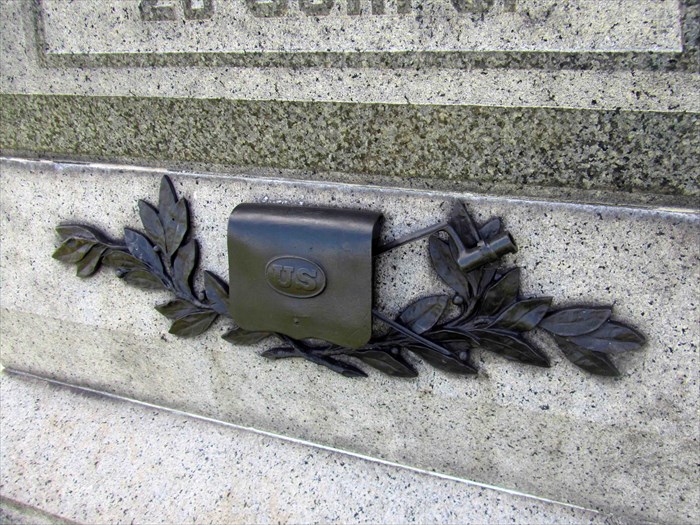 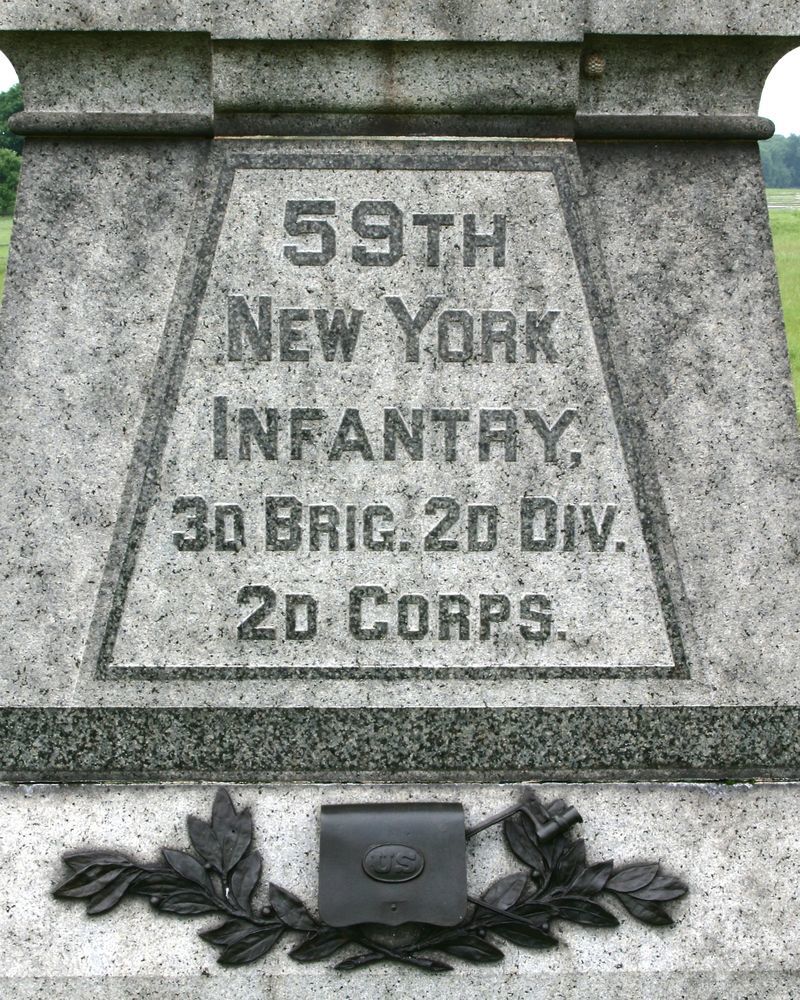 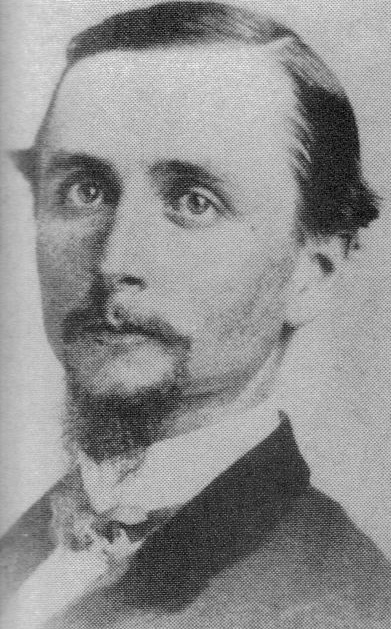 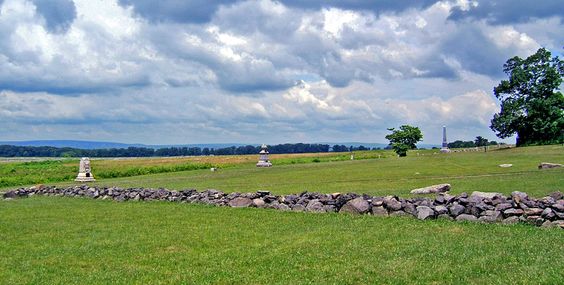 The 59th New York Infantry Division Monument is one of the several Gettysburg monuments that honor soldiers from the New York companies. Most of the men from the 59th Infantry Division (also known as “Union Guards”) were recruited from the streets of New York, while a number of others came from central Ohio. Led by Lieutenant Colonel Max A. Thoman, these soldiers held the Union's line at Cemetery Ridge against Brigadier General Ambrose R. Wright and his men.

Lieutenant Colonel Thoman was a liquor salesman in the city of New York and was also nicknamed “Jack of Diamonds.” When the Civil War started, Thoman accepted a commission as a Captain and rose to the rank of Lieutenant Colonel. On the second day of Gettysburg, Thoman was mortally wounded by an artillery shell. The commander endured nine days of pain before succumbing to his wounds on July 11, 1863. Six other members of the unit were killed and 28 were seriously wounded. Each of these men are buried at the Gettysburg National Cemetery.

The 59th New York Infantry Division lost 14 officers, 129 enlisted men were killed and 127 to disease and of that 64 died in Confederate prisons.

The monument was dedicated July 8, 1889, by the state of New York.  It is inscribed on each of its four sides:

Four companies of this regiment held this position July 2 and 3 1863.Where Max A. Thoman,Lieut. Colonel in command,Fell mortally wounded.