This handsome red-brick building, now the home of the EMERGE Career and Technology Center, was built in 1894 and designed in the Late 19th and Early 20th century styles. Upon completion, it was thought to be the first library branch in the nation to have open shelving, allowing people to browse for books rather than requesting them from librarians. It closed in 1977 (a new library was built in 1971). It was remodeled in 2014 to become the EMERGE center, which opened in 2015. EMERGE is a local organization that provides employment-related services such as job training, financial assistance, and housing assistance. The technology center at this location features a computer lab, a lab for Hennepin Technical College, and space for youth, training, and financial education programs. The building was added to the National Register of Historic Places in 1977.

The former North Branch Library, now the EMERGE Career and Technology Center, was built in 1894. 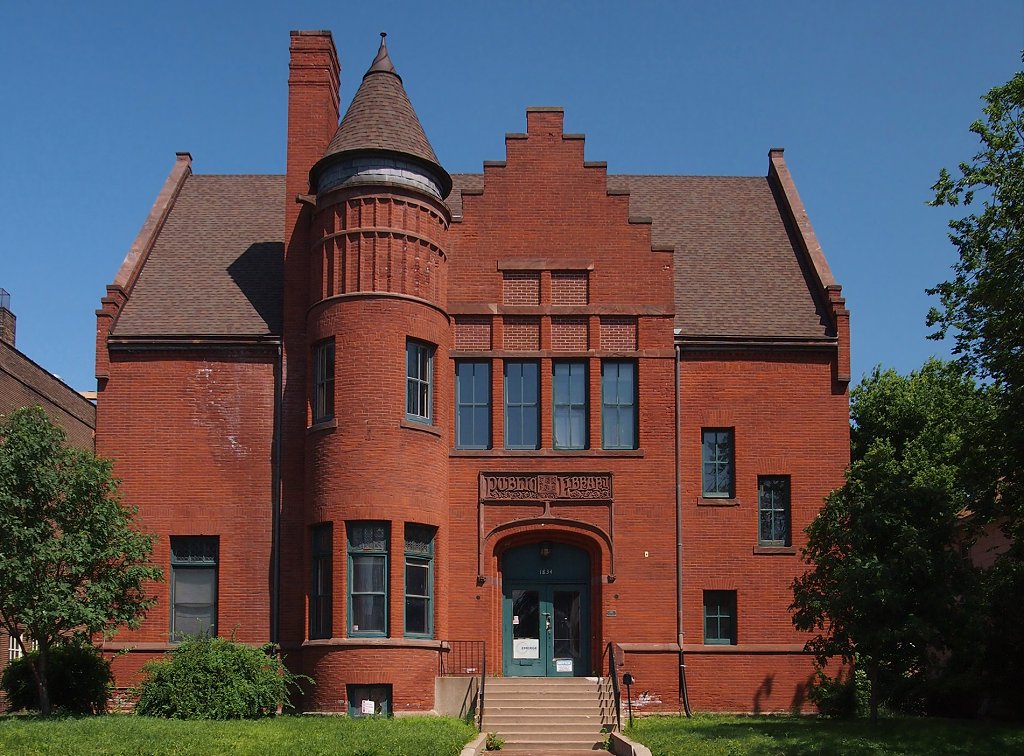