The predominantly African American neighborhood of Brooklyn marks where the violence of the Wilmington 1898 Race Riot began. Witnesses said that "hell broke loose" around 11:00 am on November 10, 1898. Several African American men lay dead or wounded at this intersection after shots were fired. The violence continued into Manhattan Park and surrounding areas. In his novel, Cape Fear Rising, Philip Gerard describes this event, when a neighborhood became a site of terror. 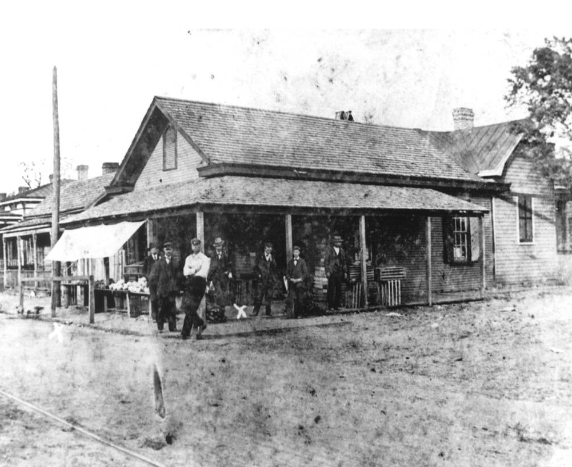 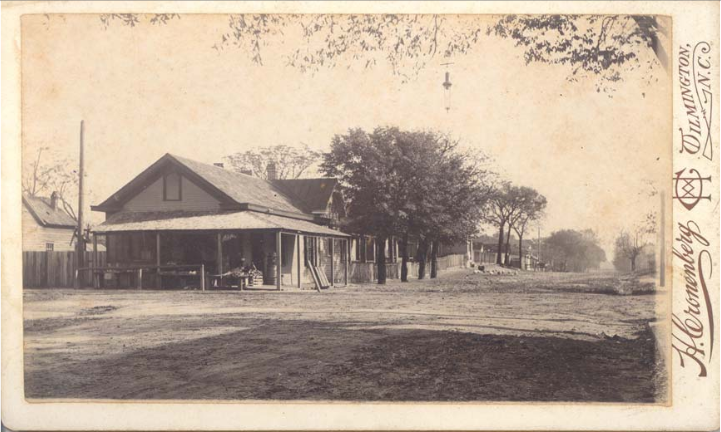 George Morton's home that became the headquarters for military presence in Brooklyn. http://www.history.ncdcr.gov/1898-wrrc/report/Chapter5.pdf 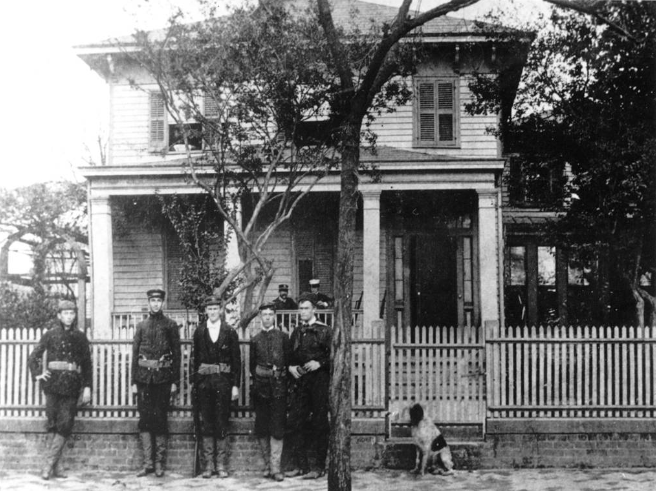 Site on Third Street where two African American men were shot and killed as denoted by the "x" in the photo. http://www.history.ncdcr.gov/1898-wrrc/report/Chapter5.pdf 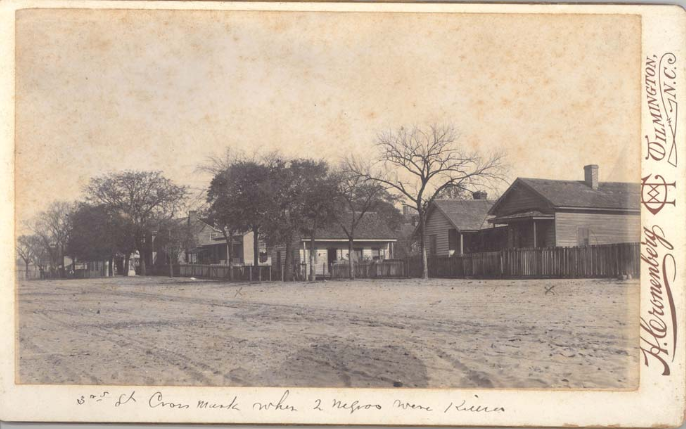 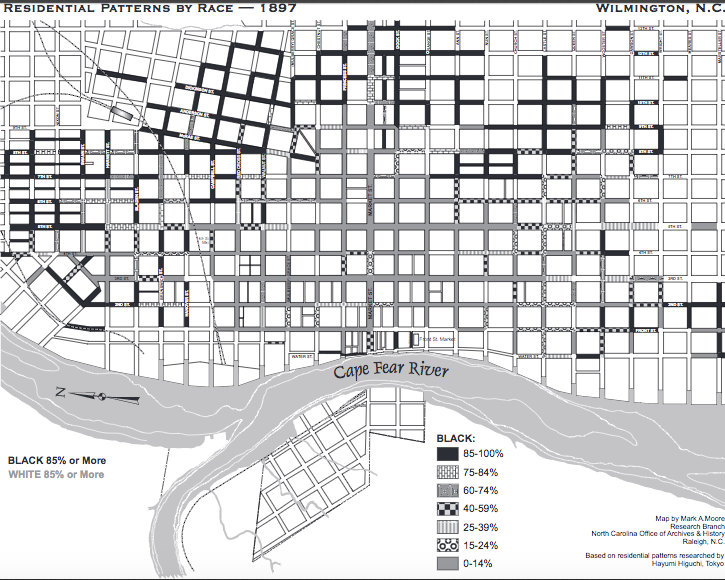 The riot occurred in response to the recent election of a biracial local government. Many white men of the city, including members of the Wilmington Light Infantry unit, decided that this outcome was unacceptable and that something had to be done.

The events of the day began when a group of rioters assembled at The Daily Record office, the African American owned (by Alexander Manly) newspaper in Wilmington. The goal of the riot was to intimidate Manly and the African American community of Wilmington. The rioters proceeded to set The Daily Record office building on fire. It is said they were so excited about the fire that they continued their rampage and took the violence into the streets of Wilmington.4 In, Cape Fear Rising, Gerard states, "A gang of white laborers headed north up Fourth Street toward their homes. The men were elated and full of brag. At last, action. At last, a white man could walk the streets of his own town swinging a rifle and saying what he damned pleased."2

Around 11 am, shots were fired at the intersection of 4th and Harnett Streets. Several African American men were shot and killed or wounded at this intersection, which marked the first bloodshed of the riot. The violence persisted through most of the day and continued into Manhattan Park and surrounding areas.1 In Philip Gerard's novel, Cape Fear Rising, he emphasizes the attitudes of both the African Americans and white rioters during the violence of the day and explores the significance of the rising tensions between the races during the time.

The neighborhood of Brooklyn was a predominantly African American neighborhood at the time. Many of the African American men who were targeted during the riot were in the area to check on loved ones or were on a break from work. Will Mayo was a white resident of Brooklyn who was wounded near the intersection. Mayo's injury encouraged many rioters to retaliate by shooting at any black man who crossed their paths.

Men were ordered to shoot to kill and black men running from scenes of violence were killed by a hail of bullets. Other black men found at these sites were arrested and taken to jail.  In describing the violence of the day, Philip Gerard states, "the crowd of Negroes scattered, dropping fence slats, trying to outrun the bullets. The whites kept shooting."2 By nightfall, many African American men, women, and children fled to the swampy African American cemetery on 16th street to hide for two days in cold and rain.1

Other literary authors have described the nightmare of the day including Michael White in his poem "Coup."5 White writes that "panic spread from block to block like a sheet of wind-fanned fire."5 Charles Chesnutt also described the horror of the event in his novel, The Marrow of Tradition. Chesnutt provides a literary image of the violence writing, "The negroes seemed to have been killed, as the band plays in circus parades, at the street intersections, where the example would be most effective."6 The literature conveys the sense of terror that was felt by the African American residents of Wilmington.

After the event, the inaccuracies of reported deaths spread throughout the country. While The New York Times reported nine deaths, Alfred Waddell estimated twenty. Some participants in the riot reported that they had killed "over 100" African Americans.3 Today, this intersection is part of the business district of the city at the edge of the art district.

This entry has been edited 27 times.