Yellow Springs was a small village of 4,200 that became the center of a national debate about civil rights when college students challenged a white barber, Lewis Gegner, who refused to serve Black customers. Traveling through Yellow Springs, on Xenia Avenue you can still pass what used to be Gegner's Barbershop. Located a couple of blocks away is College Street and only a short distance from there is Antioch College. Students from Antioch and other nearby colleges participated in the protest.

Quincy T. Mills, Cutting Along the Color Line: Black Barbers and Barber Shops in America-Click the link for more information about this book 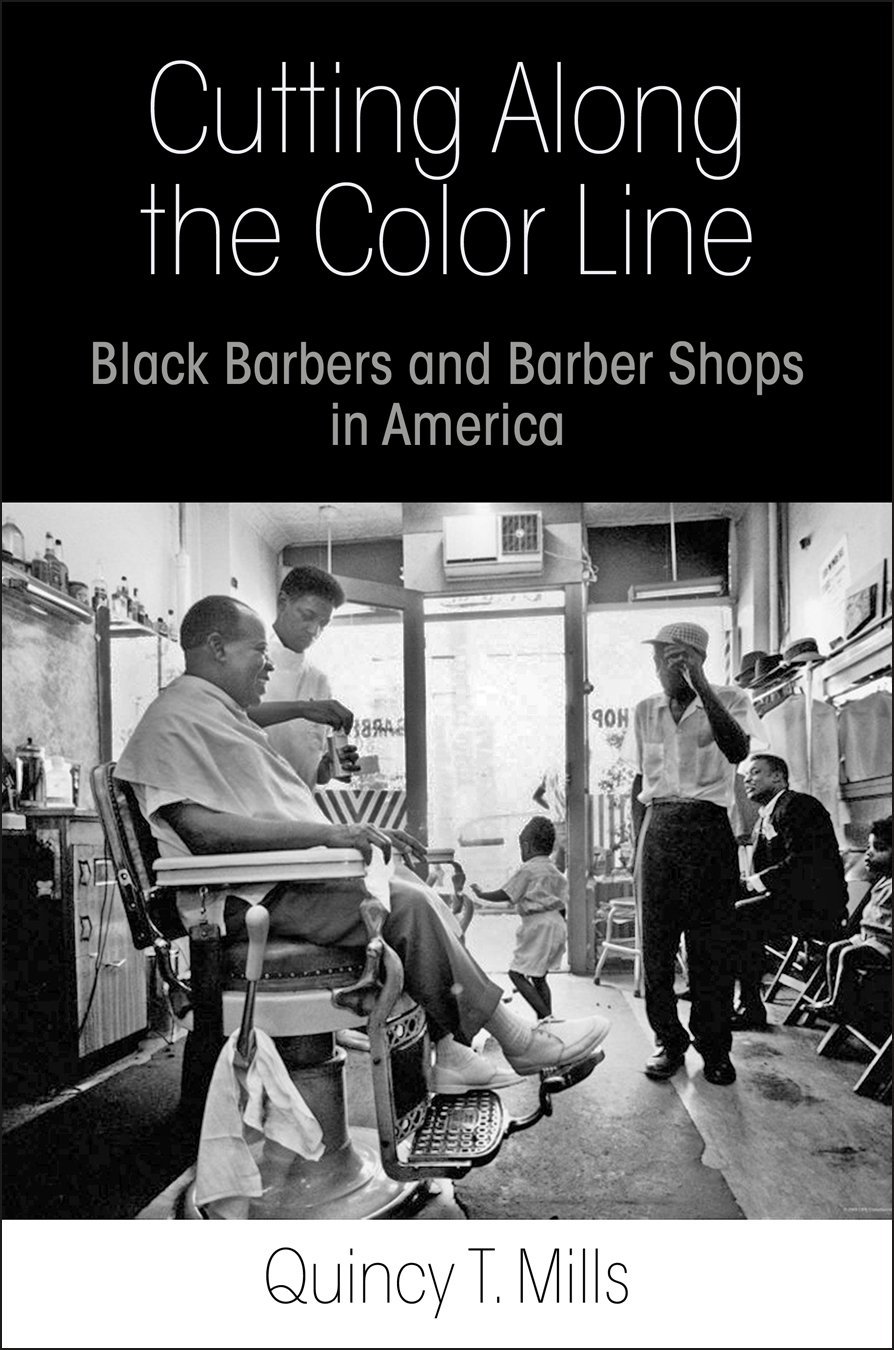 There were two barbershops in Yellow Springs at this time, Squire's Barbershop and Gegner's Barbershop. Squire's integrated in 1960 but Lewis Gegner refused to do so, using the excuse that he did not know how to cut an African American's hair. In August of that year, the city fined Gegner one dollar for violating a city ordinance when he refused to cut the hair of Phillip Adams.
In July of 1961, the state legislature granted the Ohio Civil Rights Commission (OCRC) the power to hear cases but the decisions weren't legally enforceable. On September 1, 1961 the NAACP cancelled a scheduled sit-in at Gegner's Barbershop. This was largely due to the request of people within the village as there was a school bond issue that they were fearful would be jeopardized if the sit-in went on as scheduled.
On November 1, 1961, Gegner declined to give a haircut to Paul Graham, an African American. He filed a complaint with OCRC just two weeks later. On April 4, 1962, the OCRC ordered Gegner to stop the segregation after having found him guilty. Less than a week later, Paul Graham again tried to get his haircut at Gegner's and was once again refused. Gegner's attorney filed a petition with the Greene County Common Pleas Court to have the OCRC decision thrown out.
Nearly a year passed without any major events occurring. On April 6, 1963, the Antioch Committee for Racial Equality (ACRE) is formed. Just four days after later, ACRE members started having sit-ins at the Gegner's Barbershop. On April 25, they began to picket as well to put additional pressure on Gegner, the community and informing additional people. Two days later the first sit-in is employed. The sit-in group inside the shop are removed, and the crowd gathered outside the shop are dispersed by means of a fire hose being turned on them. The police then choose to close the shop. The very next day there is a meeting of nearly 150 people to discuss the situation and the next stage of the protest. The second sit-in happened on April 30 and again the demonstrators were removed from the shop and Gegner closed the barbershop early.

On May 3, Judge Young rules that the section of the Public Accommodations Law pertaining to barbershops were unconstitutional. Then on May 4, over 600 people, participated in a protest march led by former Antioch president Arthur Morgan. Newspapers from around the country covered the event. During this time, the picketing continued. Gegner filed a suit with the Greene County Common Pleas Court in an attempt to get a restraining order against the protesters. On May 13, the village council agreed to adopt the new state anti-discrimination laws. The next sit-in was scheduled for May 16th, but it did not happen because Gegner kept his door to the shop locked.

Meanwhile, as Gegner keeps his door locked, the picketers grew to forty people. Another sit-in occurred on May 19th and this time there are multiple arrests for trespassing. The next day there is a plan for another sit-in and again Gegner locked his door. Those that had planned on being part of the sit-in join the picket line that had been established. However, an injunction was ordered, limiting the size of the picket to only four people.
During the next few weeks, various court cases were heard and the situation settled down. The rest of 1963 featured small instances of similar events. However, 1964 was a new year and the standoff finally reached a boiling point. On Saturday, March 14, a near riot occurred and 109 people were arrested for contempt of court charges. Fire hoses and tear gas were used to disperse the crowd.
Finally, on June 19, the shop was open to anyone that wanted a haircut. Lewis Gegner had enough and sold the shop, vowing to never again give a haircut in Ohio again.