The Rotary Rod Weeder Manufacturing Company, better known as the Cheney Weeder Company, opened in 1912. Invented by brothers, Henry Kyle and Cleve Wolfe, the Rotary Rod Weeder pulled out weeds in farm fields leaving the foliage on the surface to hold the soil and add nutrients. The weeders were sold throughout the country. 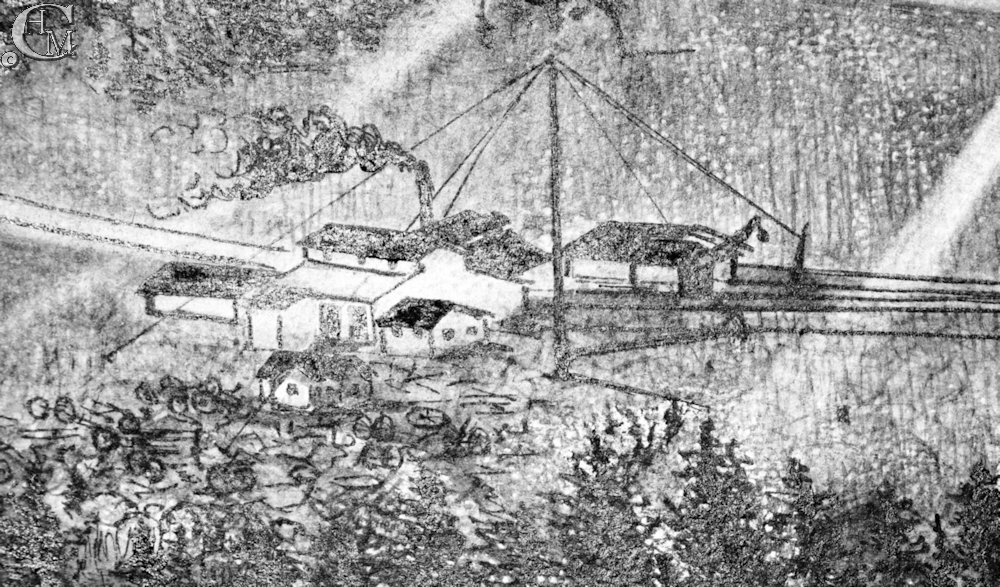 The weeder pulled a self-cleaning rotating bar under the soil surface to pull out weeds by the roots while leaving the foliage on the surface to hold the soil. This kind of tilling is common today.

Students from the Cheney Normal school on tour in the factory. 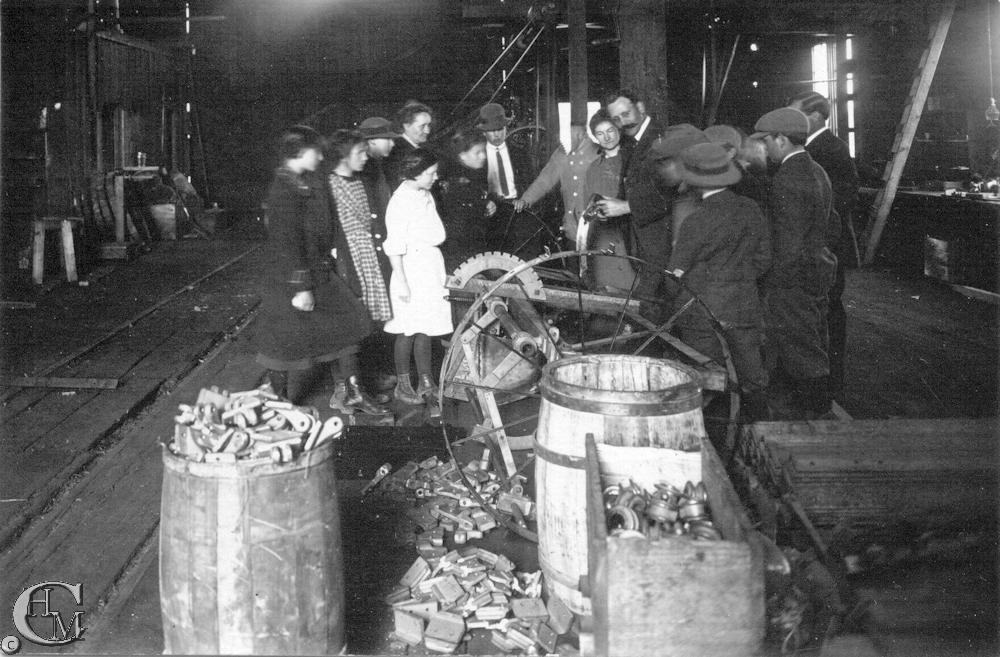 The rotary rod weeder being pulled by a team of horses.

The weeders were sold throughout the region and the United States. 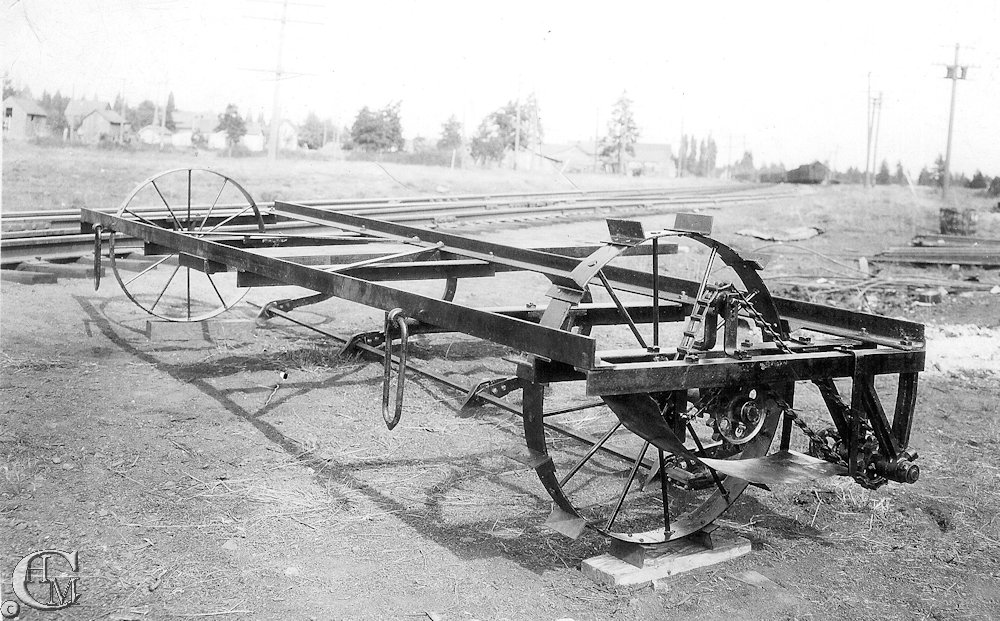 Garnett Wolfe who worked as a blacksmith at the factory. 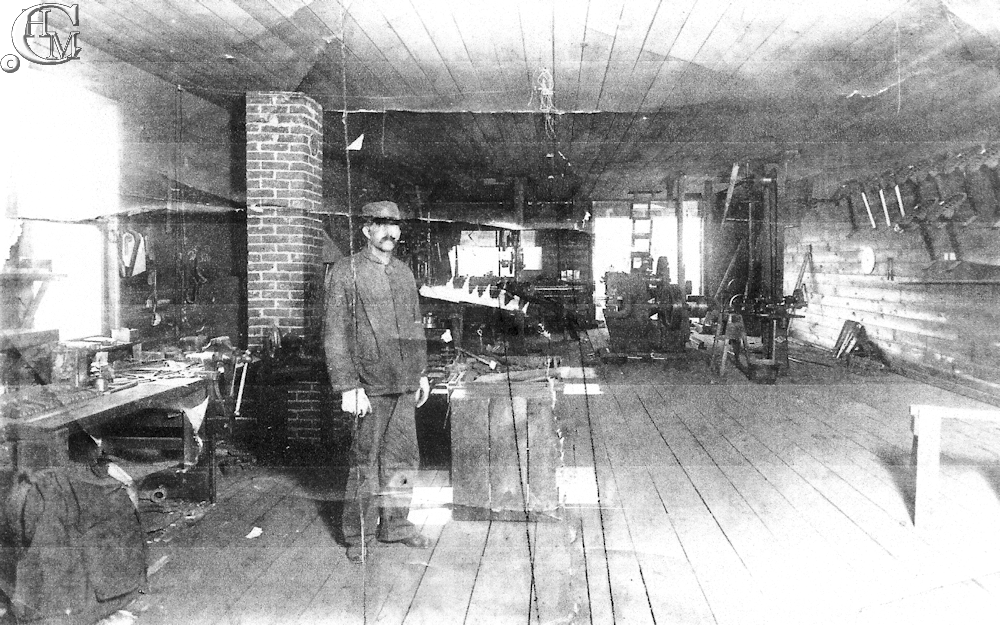 Invented by brothers Henry Kyle and Grover Cleveland Wolfe, the Rotary Rod Weeder was patented in 1911.

The weeder was pulled by horse or tractor through fields with a revolving rod that ran under the soil surface uprooting weeds and leaving the debris on the surface to hold the topsoil and add nutrients.

Disaster struck on the night of August 8, 1926 when the factory was destroyed by fire. Located south of the Northern Pacific Railroad tracks where today the Cheney-Plaza road enters town, the company was badly damaged and a number of weeders awaiting shipment were destroyed.  With a backlog of orders, workers were back manufacturing weeders within a few days using salvaged machinery. Soon after the company moved to a new location on the Cheney-Spangle Road with a new name, where their story continued.