This historic campus building was one of two major campus buildings of Salem College (now Salem International University). The building has served a variety of purposes but is no longer the center of campus activity as the campus has shifted to a residential campus north of the city. In the early 1900s, this administration building had one of the finest small auditoriums for a small college campus and hosted speeches by prominent Americans such as Eleanor Roosevelt and Nelson D. Rockefeller. 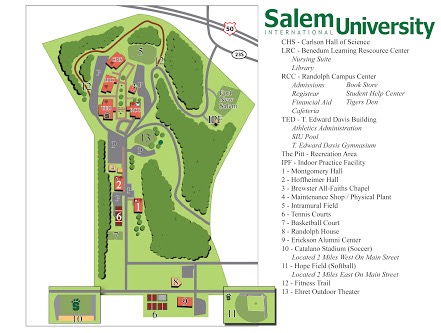 The Administration building is one of the two original buildings. 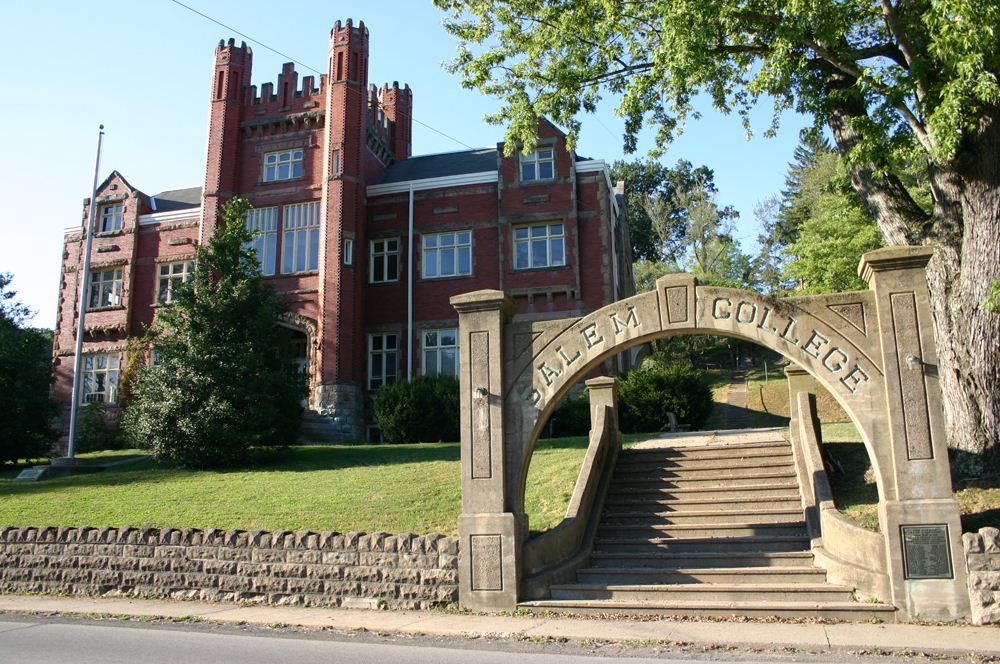 In 1888 Salem mayor Jesse Randolph established Salem Academy, a college preparatory academy. Two years later, and with the support of the Seventh Day Baptist church, the institution had grown into Salem College. The campus comprised several buildings near this administration building and offered collegiate courses with an emphasis on the liberal arts and the training of teachers. Salem College also offered a college preparatory department that operated until the end of the 1920s.

The college was a center of a growing conflict between residents of the town and new arrivals who worked in the oil fields following the discovery of oil and a sudden oil boom that occurred in 1900. The newcomers resented the religious orientation of many town residents and responded to efforts to limit alcohol and control the worker's behavior with a series of midnight attacks on property. The college might have been destroyed by these divisions, as a mob carrying torches threatened to burn the small college in 1900. These threats were credible, as many buildings in Salem were destroyed by arsonists in 1900 and 1901.

College President Theodore Gardiner met this threat of violence with his own threats, facing down the mob and promising to shoot the first man who stepped onto the campus with an intent to harm his campus. Such an event caused many riffs throughout the community and caused the town to be slightly divided. With time, this event was forgotten about, but it still known for being one of the most interesting events to happen on the Salem campus.

Throughout the 1960s the college experienced significant growth allowing the building of dormitories and other classroom structures to appear. These new developments create the "Valley of Learning" in the early 1970s. This included Carlson Hall, a building dedicated to the sciences, Randolph Campus Center, and the Benedum Learning Resources Center, which is also known as being the campus library. Over the years, the T. Edward Davis Physical Education Building and the Brewster All-Faiths Chapel were added.