This historical marker overlooks the Penobscot River and commemorates an important episode in the American Revolution. Discovering that the British had established a fort (Fort George) in Penobscot Bay, a small contingent of American rebels used whatever seaworthy vessels they could find and determined to challenge the British presence in the summer of 1779. Commodore Dudley Saltonstall was selected to lead the force made up of a frigate, a sloop, a brig, and numerous privately owned smaller sailing vessels. A landing force of 1000 men was assembled and led by Brigadier General Solomon Lovell, accompanied by Colonel Paul Revere. As would become commonplace throughout the war, the American rebels were unable to match the British Navy.

Painting of the battle 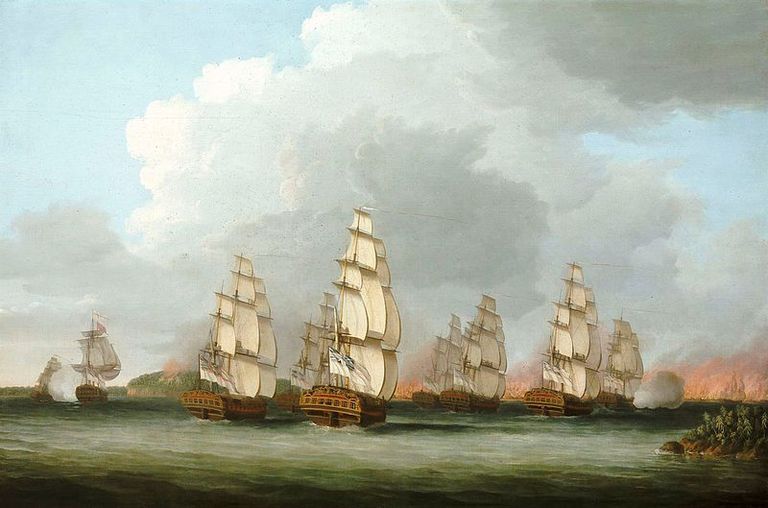 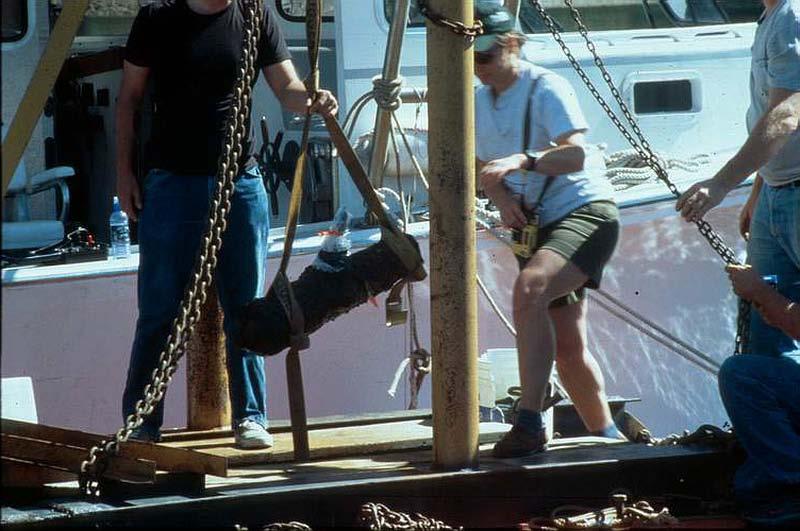 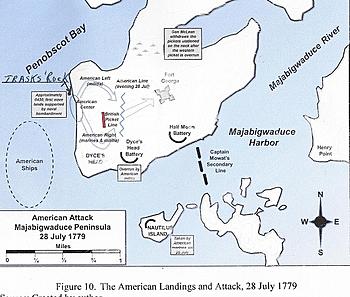 This historical marker is located near the Penobscot Narrows Bridge.Photo by Bernard Fisher at hmdb.org 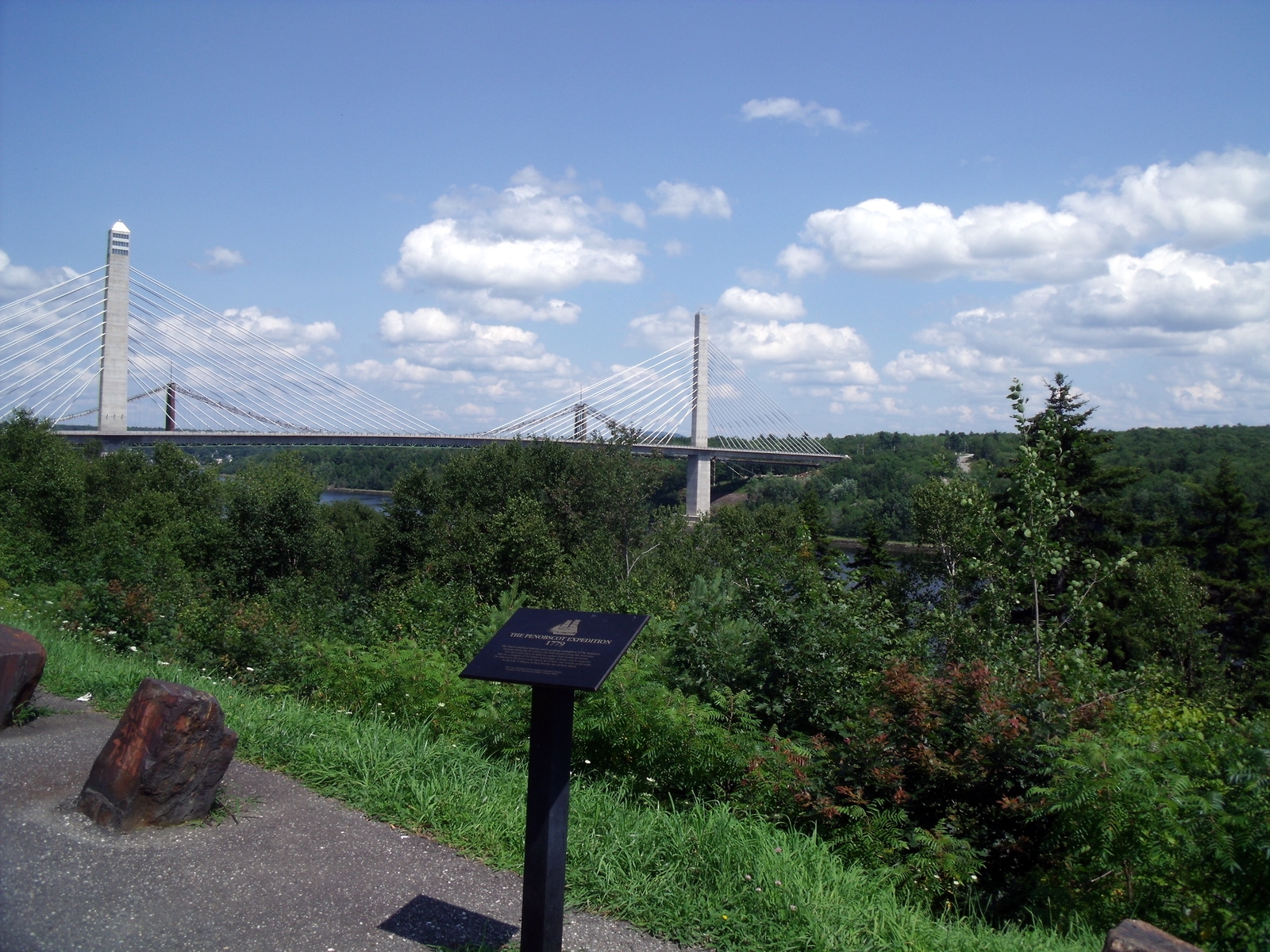 Upon arriving in late July, 1779, the Americans had difficulty in landing because strategic spots along the bay were controlled by the British. After first landing a small force of Marines on Nautilus Island, a second landing was thwarted. For two days the American rebels attempted to land troops under very heavy fire. Due to British resistance, the Americans were unable to land the majority of their force.

Knowing the situation to be hopeless, the Americans burned their ships and fled inland. The British sustained comparatively few casualties: 25 dead, 35 wounded, 26 taken prisoner. The Americans, on the other hand, lost 474 plus all of their vessels. Commodore Saltonstall was court-martialed and removed from command while the British remained in possession of the area until the end of the war.