The United States Army Corps of Engineers can be traced back as far as June 16, 1775 when the Continental Congress established a task force consisting of Colonel Richard Gridley, chief engineer, and two assistants. This proved to be a valuable asset in an ever-developing Army, granting success in combat in the years surrounding the Revolutionary War all the way into present day. The Army Corps of Engineers went on to design and construct thousands of structures ranging from over-seas air bases, to man-made waterways, to mission-dependent bridges and roadways that were critical to transportation efforts in times of combat. The 111th Engineer Brigade out of Red House, WV continues to prove itself as a valuable asset, offering innovative and highly skilled solutions that are critical to mission success at home and abroad. Today, the 111th Engineer Brigade manages over 20 company-sized elements throughout the state of West Virginia, taking pride as "Minutemen for Freedom" ready to react at a moment's notice in the event of an emergency.

An Army National Guard Soldier from the 111th Engineer Brigade responding to a disaster relief area in West Virginia. 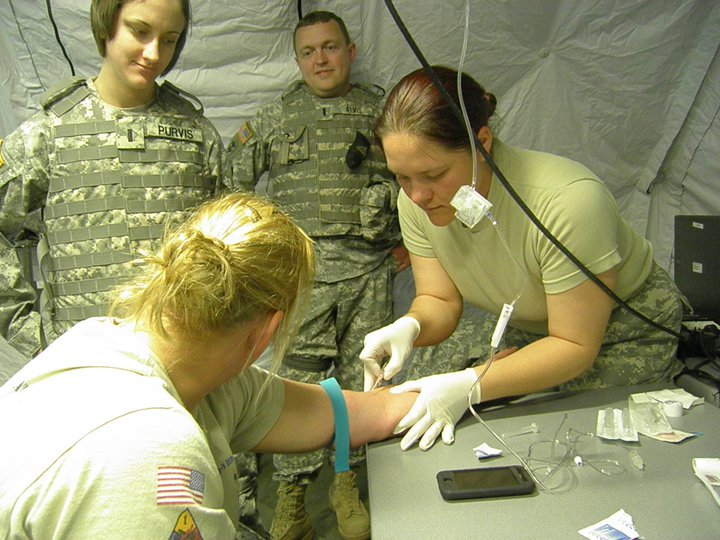 The earliest known date surrounding the history of the United States Army Corps of Engineers is June 16, 1775 when President George Washington and the Continental Congress developed a task force under chief engineer, Colonel Richard Gridley. From the very beginning, several politicians were striving for the Corps of Engineers to be utilized for the construction of both combat-critical and civilian structures. During the 1800s, the Corps of Engineers was the driving force behind the design and construction of several dams, lighthouses, harbors and channels and were also utilized to map out much of the American West. The Corps of Engineers also designed and built fortifications for these aquatic structures, which proved to be successful during the War of 1812. Due to the skill of these engineers and the quality of their work, the years following the War of 1812, Congress decided to reduce the number of infantry and artillery forces after the war, yet maintained the increased number of officers it had authorized during the war. Due to the high demands from secretaries of war, Congress again doubled the size of the Army Corps of Engineers in 1838 to ensure these fortifications could be constructed.

After the United States joined " The Great War" in April of 1917, British and French leaderships made it the upmost priority in ensuring the arrival of the United States' engineer corps. By the end of August 1917, the esteemed US Army Corps of Engineers had not disappointed with the completed construction on nine new railways. Thousands of American engineers served in France from 1917 to 1918, constructing bridges, roadways and other railways, ports and even chemical warfare munitions defensive structures. On September 5, 1917, after the completion of these first nine railways, Sergeant Matthew Calderwood and Private William Branigan of the 11th Engineers were wounded by artillery fire, making them the first casualties in any U.S. Army Unit serving in Europe.

Meanwhile, In West Virginia, the 1st and 2nd Infantry Units of the West Virginia National Guard had been called to protect vital properties within the state after being federally activated in July 1916. This was done in response to President Woodrow Wilson's call for support in pursuing General Pancho Villa on the Mexican border. Fearing a full-scale war with Mexico and having no designated route for troops to make the journey to the Mexican border, troops relied on railways between military installations, some of which built by the Army Corps of Engineers, to answer this call to service.

The 111th Engineer Brigade, as it is known today, was first organized as the Company D, 2nd Infantry Regiment in 1908 in Charleston, West Virginia. They were later reorganized and redesignated on September 19, 1917 as Company C, 150th Infantry, which fell under the 38th Division. The unit consolidated and reorganized several times over the next several decades to adjust to the ever-changing demands of the military. It wasn't until July 1, 1974 that this unit became the 111th Engineer Group Headquarters and Headquarters Company (HHC) and was relocated from Charleston to St. Albans, West Virginia.

Today the 111th Engineer Brigade HHC is located in Red House, West Virginia near the Winfield Locks and Dams - a structure designed and constructed by the United States Army Corps of Engineers. The unit's new home was constructed in 2005 and remains standing today in one of the few places in the country that are accessible by highway, air, railway and waterway. The unique location of the 111th and its several points of access allow for the rapid distribution of soldiers and equipment within 24 hours to any location in the world. The brigade manages approximately 20 companies across the state of West Virginia, some of which include those falling under the 1092nd Engineer Battalion, 771st Troop Command and the 772nd Aviation Troop Command. Some recent taskings and operations of the 111th Engineer Brigade include deployments to Africa and Kuwait as well as domestic state activations in times of natural disasters.