Madison Park Apartments were built in 1908. At the time, the building was one of the largest apartment buildings on the West Coast . The building is listed on the National Register of Historic Places. 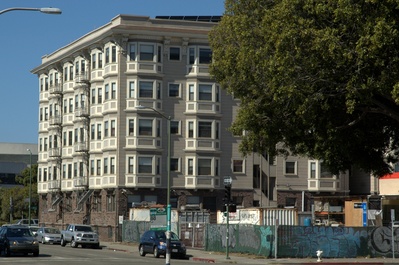 A close-up view of the apartments 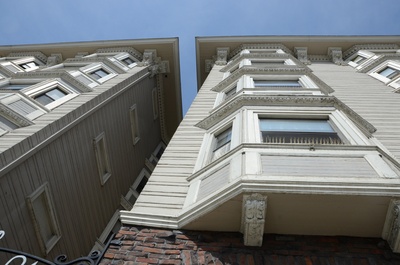 Following San Francisco's devastating earthquake and fire in 1906, nearly a quarter of a million homeless residents fled to Oakland, and a majority of them stayed. The rapid influx of San Franciscans led to a building boom in Oakland, as the city attempted to accommodate its rapidly increasing population.

One product of the early 1900s building boom was the Maidson Square Apartments. The five-story building overlooked Madison Park, at a time when the neighborhood was a quiet residential area. The building was designed by Charles MacGregor, who built roughly 1,500 homes in the Bay Area. The building--unusually large for its time--cost $125,000 to build.

The building was damaged in the 1989 Loma Prieta earthquake and sat empty for several years afterward. The East Bay Asian Local Development Corporation renovated the building in 1995.

The Madison Park Apartments were added to the National Register of Historic Places in 1982.