Location of the USS West Virginia at Pearl Harbor

The USS West Virginia was outboard of the USS Tennessee and located here, at berth F-6 when Japanese aircraft attacked Pearl Harbor on December 6th, 1941. The West Virginia was hit with five 18 inch torpedoes on the port side (left) two 15 inch armor piercing bombs. The bombs eventually caused explosive charges to detonate from fire damage from the bombs. The USS West Virginia was badly damaged but the vessel was able to be rebuilt and participated in many engagements in the South Pacific during the final years of World War II.

Picture of the USS West Virginia and the USS Nevada after the Japanese attack on Pearl harbor. 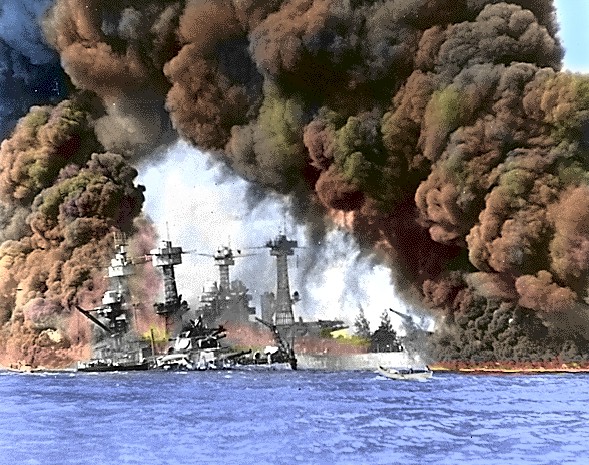 The moorings where the USS West Virginia was the day of the Japanese attack on Pearl harbor. 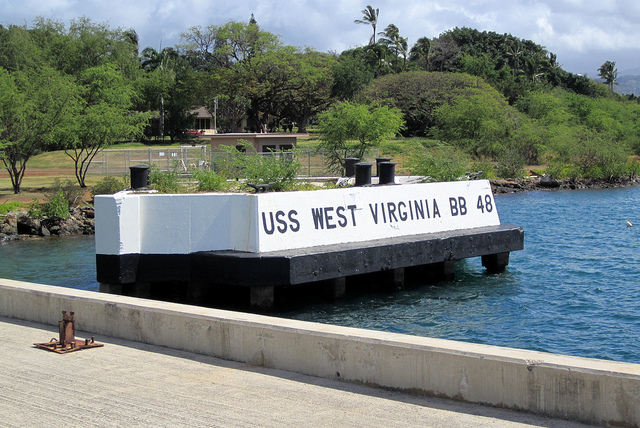 Mooring for the USS West Virginia. 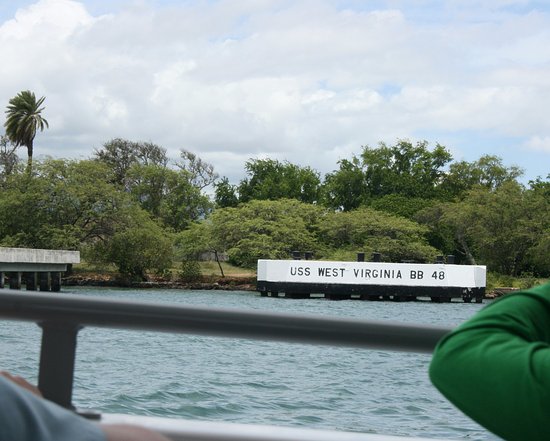 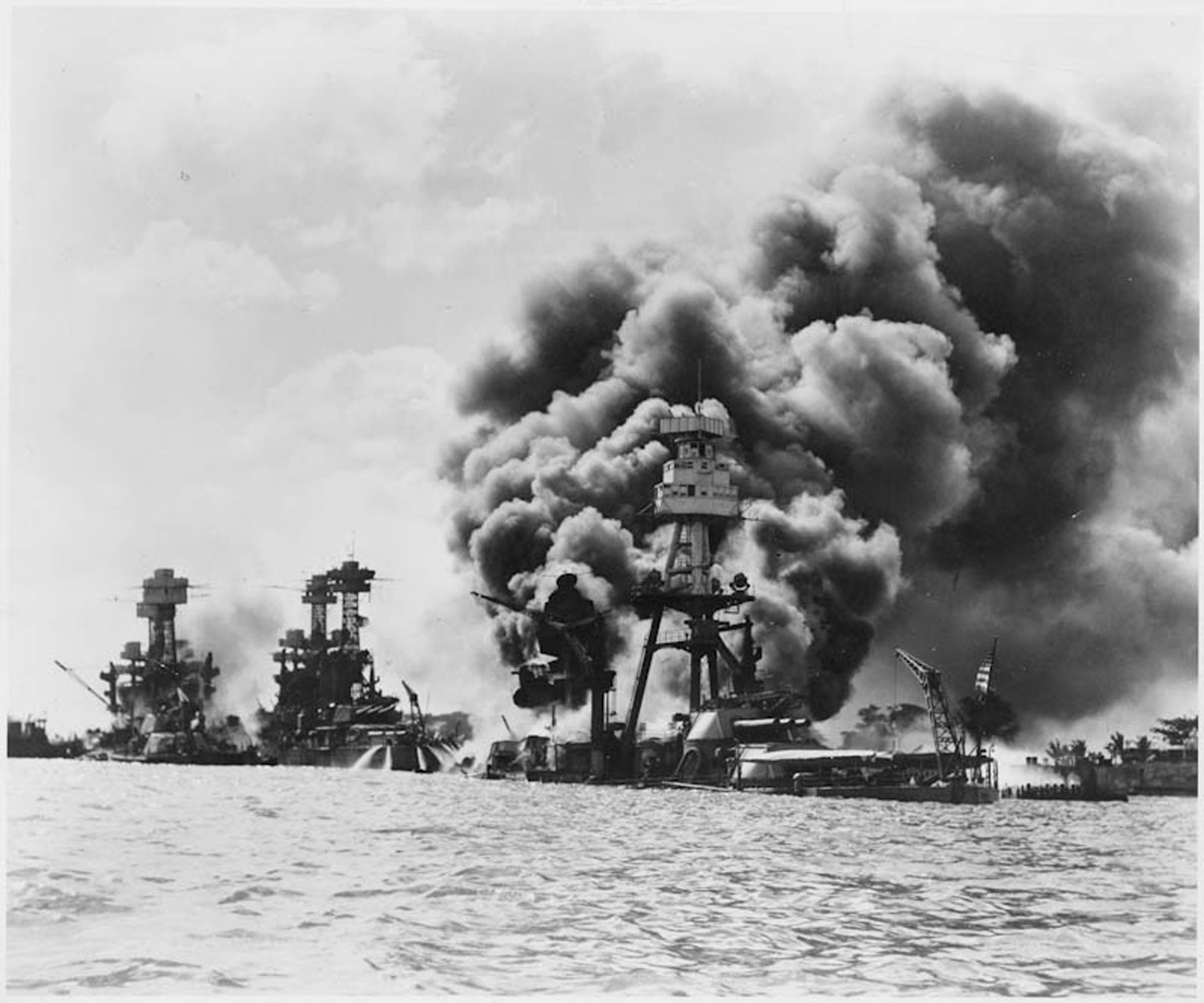 The USS West Virginia (also known as the We Vee) was one of the ships rebuilt for battle that was sunk by the Japanese at Pearl harbor. The West Virginia’s length was  624'0"; beam. 94' 3 1/2", and was built by Newport News Shipbuilding in 1920. On December 7 1941, the West Virginia lay moored at Pearl Harbor, at berth F-6 outboard of USS Tennessee. Shortly before 08:00, Japanese planes, flying from a six-carrier task force, commenced their well-planned attack on Pearl Harbor. West Virginia took five 18 inch (457 mm) aircraft torpedoes in her port side and two bomb hits, those bombs being 15 inch (381 mm) armor-piercing shells fitted with fins. The first bomb penetrated the superstructure deck, wrecking the port casemates and causing that deck to collapse to the level of the galley deck below. Four casemates and the galley caught fire immediately, with the subsequent detonation of the ready-service projectiles stowed in the casemates (Pacific Wrecks).

The second bomb hit further aft, wrecking one Vought OS2U Kingfisher floatplane atop the "high" catapult on Turret III and pitching the second one on her top on the main deck below. The projectile penetrated the four inch (102 mm) turret roof, wrecking one gun in the turret itself. Although the bomb proved a dud, burning gasoline from the damaged aircraft caused some damage.

The torpedoes, though, ripped into the ship's port side; only prompt action by Lieutenant Claude V. Ricketts, the assistant fire control officer who had some knowledge of damage control techniques, saved the ship from the fate that befell USS Oklahoma moored ahead. She, too, took torpedo hits that flooded the ship and caused her to capsize.

The Commanding officer, Captain Mervyn Sharp Bennion, was killed during the attack and was awarded the Medal of Honor, posthumously, for devotion to duty and courage. African American sailor, Doris Miller, Mess Attendant Second Class, was awarded the Navy Cross by Admiral Chester W. Nimitz. Miller was the first African American to be awarded the Navy Cross. Miller manned an anti-aircraft machine gun defending the ship from further damage from the Japanese planes. Millers heroism was inspirational other African Americans fighting in the war. Spills from the damage of the USS Arizona encircled the West Virginia and helped fuel the fire that caused damage to the ship. In all, 106 men died on the West Virginia, and sadly, 66 of those men were found days after trapped in a compartment after running out of air.

The West Virginia was floated and taken to dry dock for repairs and then she set sail in July 1944 and fought in battles against the Japanese at the Battle of Leyte Gulf and Leyte Landings, operations in the Philippines, and the Battle of Okinawa.

Sadly, as many other ships from the war, the USS West Virginia was decommissioned  placed in dry dock until she was sold for scrap in 1959. The West Virginia was an excellent example of American pride being rebuilt after the Japanese attack and was directed back at Japan and eventually defeating Japan. After sustaining great damage at Pearl Harbor, West Virginia, went on to fight strong in WWII and earned five battle stars.  After an illustrious career, she was decommissioned in 1947 and eventually sold for scrap in 1959.