Few hotels can boast the storied history of the St. Francis. Built in 1904, the hotel survived the 1906 earthquake, has hosted numerous celebrities and other luminaries, and has seen more than a few scandals over its long career.

The St. Francis as it appeared in the early 1900s 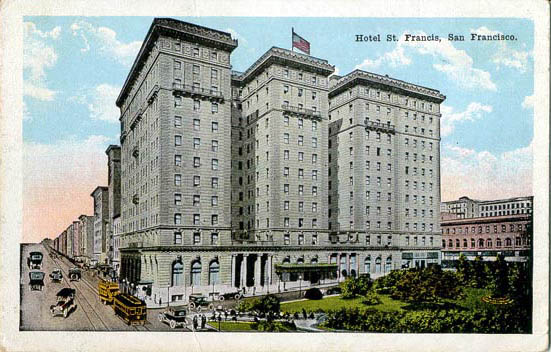 The interior of the St. Francis 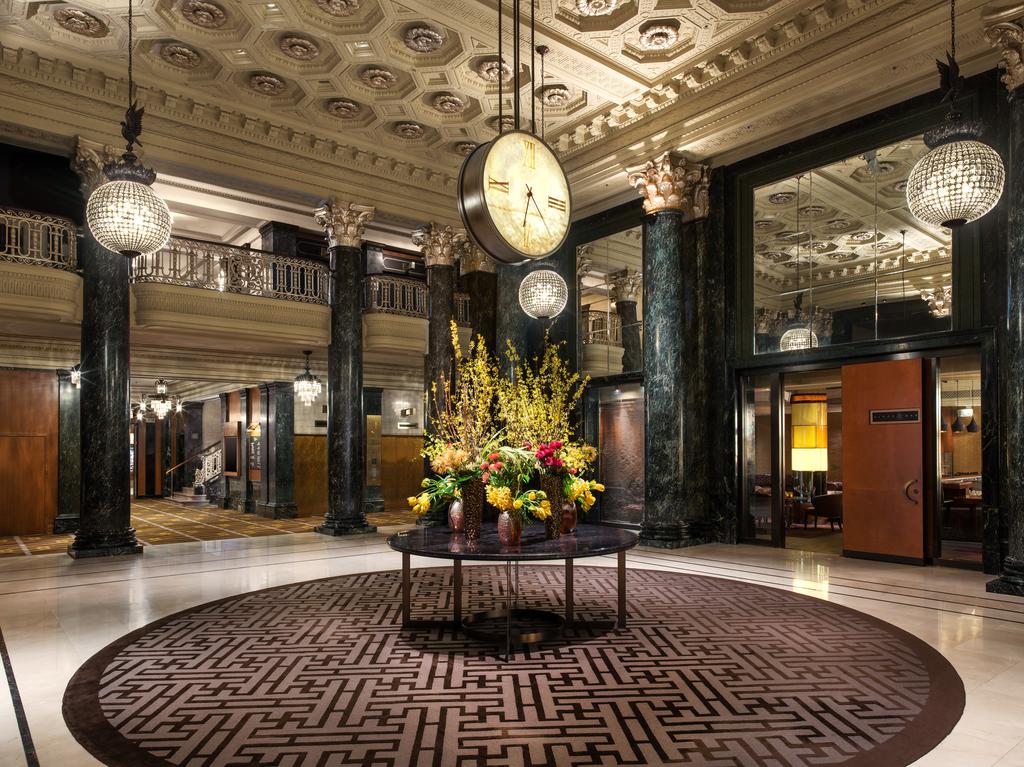 The St. Francis following the 1906 earthquake 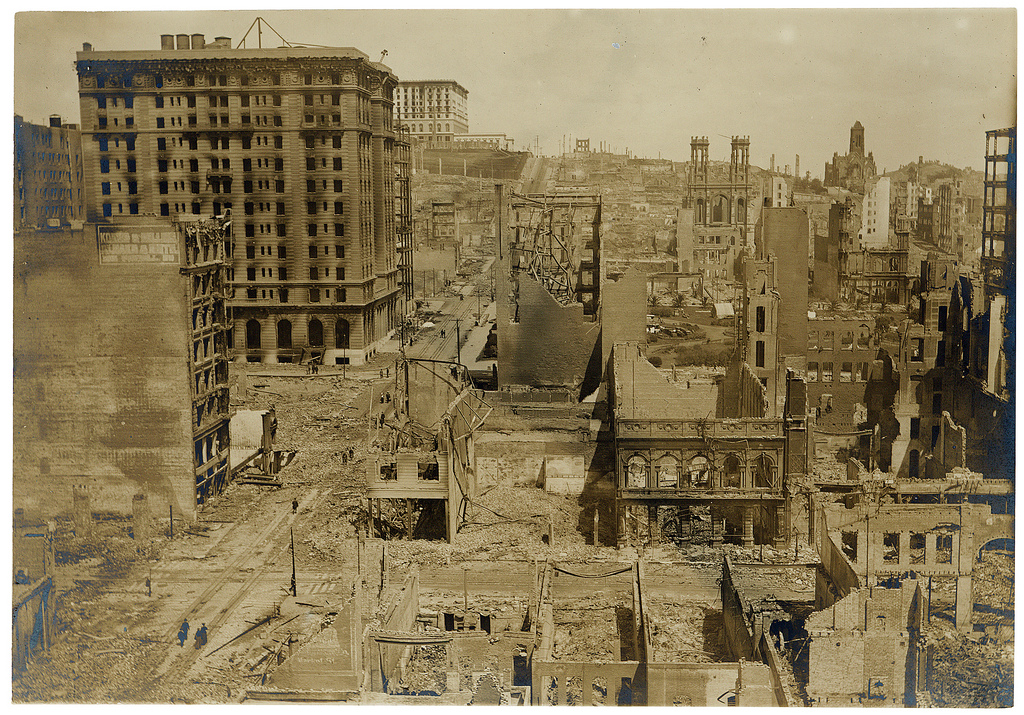 The St. Francis Hotel has been an integral part of San Francisco culture and lore from the day it opened its doors. The hotel was built by Charles Crocker and his prominent circle of friends. They envisioned San Francisco as a "Paris of the West," and studied grand hotels in the major cities of Europe for inspiration. The original hotel--two twelve-story towers--opened in 1904, at a cost of $2.5 million.

The hotel was immediately popular, and became a hub of the city's artistic and literary life. Two years after it opened, however, San Francisco was devastated by the 1906 earthquake. The building's structure withstood the earthquake, but the ensuing fire destroyed the hotel's interior. The hotel reopened in late 1907, and the grand Magneta clock was placed in the lobby to mark the event. For more than a century, San Franciscans have told each other "Meet me at the clock."

Another wing was added to the hotel in 1908, and other additions followed. These additions made the St. Francis the largest hotel on the West Coast at that time.

In the 1910s and 1920s, the St. Francis became one of the most fashionable hotels in the city, with a large following among celebrities and public figures. Among the hotel's many notable guests were President Woodrow Wilson, former president Theodore Roosevelt, Douglas Fairbanks, Charlie Chaplin, Tom Mix, Cecil B. DeMille, and many others. According to legend, John Barrymore was in bed with a female guest at the time of the 1906 earthquake, but initially attributed the rumbling and swaying walls to passion.

If famous guests were a boon for the hotel, they also occasionally came with a cost. One of Hollywood's first great scandals grew out of an event at the St. Francis in 1921. Comedian Roscoe "Fatty" Arbuckle threw a Labor Day party in a suite of rooms at the hotel. Arbuckle summoned a doctor to his room to report that a young woman, Virginia Rappe, was ill. The young actress died days later, and a friend of hers claimed that Arbuckle raped the woman. Her testimony was considered unreliable, and Arbuckle was tried three times; the first two trials resulted in a hung jury and he was acquitted in the third trial. The scandal did lasting damage to Arbuckle, however; his career never recovered.

Interestingly, the singer and performer Al Jolson died of a heart attack in 1950, in the same suite of rooms made infamous by Fatty Arbuckle.

The St. Francis was nearly the site of another famous death in 1975, when a woman named Sara Jane Moore fired two shots at President Gerald Ford as he exited the hotel. A bystander, who happened to be a former Marine, grabbed Moore's arm as she fired the second time, possibly saving Ford's life.

In 1972, a 32-story tower was added to the St. Francis, making the hotel one of the largest in the city.

This walking tour includes historic buildings, hotels, retail outlets, and landmarks surrounding San Francisco's most famous public square. Part of the city's original 1847 urban design plan, this square earned its name little over a decade later when numeorus pro-Union demonstrations and rallies were held at the square as the nation headed to war.