A photo of the Mason Dixon Monument, right beside the Marshall County line. 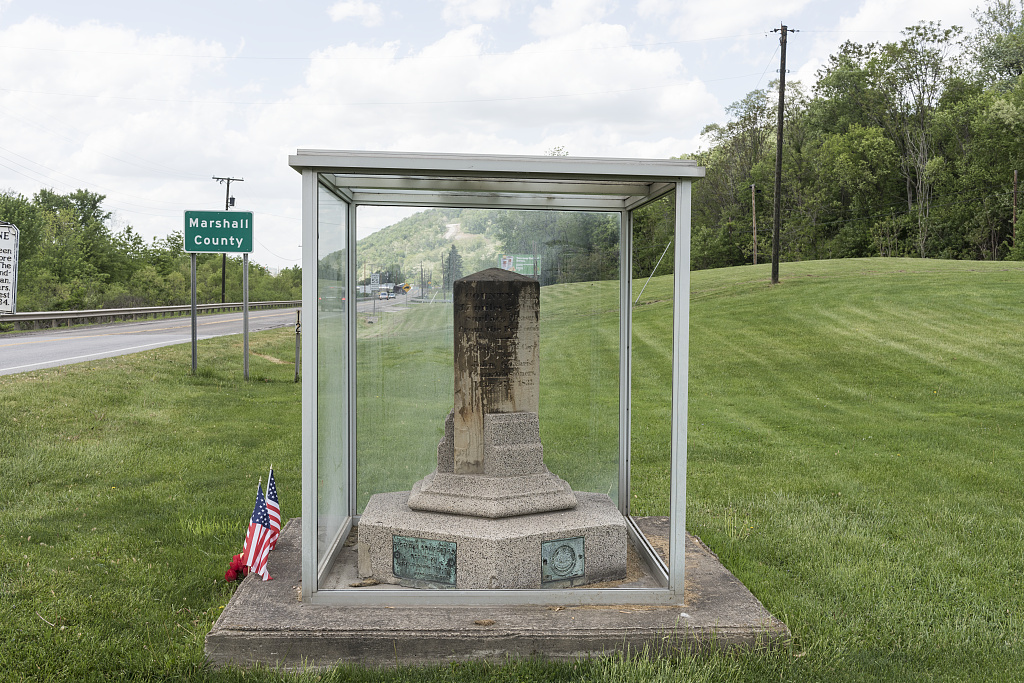 Discovered sometime in July of 1929, this monument is located right along the Wetzel/Marshall County border.  The monument was uncovered by Clarence Snow and his crewmen from the C&P Telephone Company.  When it was discovered, only the top of the monument was visible. The workmen dug about two or three feet to uncover the wording at the bottom of the limestone fixture.

The south side read: "Tyler county - Now - Wetzel - Co. April 6th - 1846 --."  It appeared that the "Now Wetzel County,” was written after Tyler County had already been inscribed into the stone.