The Players Club was founded in 1888 by Edwin Booth whose title of "greatest American actor of his time" was foreshadowed only by his identity as older brother to John Wilkes Booth. Despite his unfortunate lineage, or maybe because of it, Booth commissioned architect Stanford White to transform the building into a club, "for the promotion of social intercourse between the representative members of the dramatic professions of literature, painting, sculpture, music, and the patrons of the arts." Today the four story building houses nine essential rooms: The Clubhouse, The Grill, The Great Hall, The Kinstler Room, The Alcove, The Dining Room, The Library, The Card Room, and The Booth Room. It was in these rooms that popular figures in all artistic professions frequented and exchanged ideas freely. It is for this reason that The Players Club came to be known as, "an oasis away from the maddening crowd." 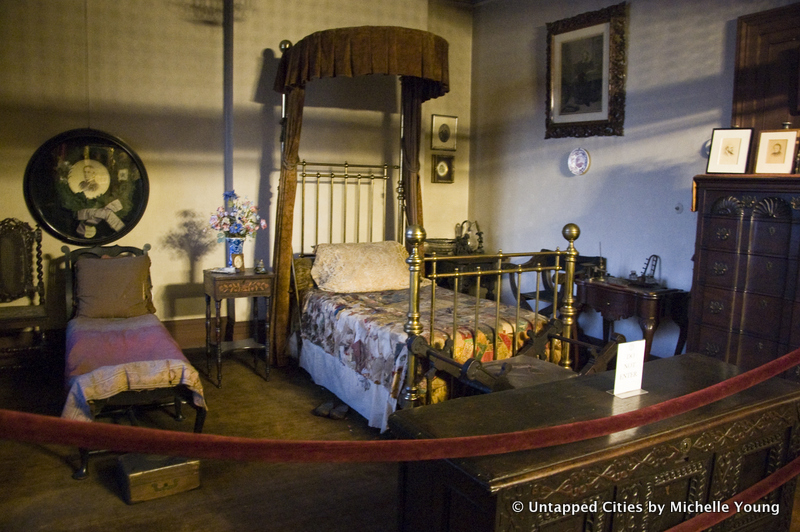 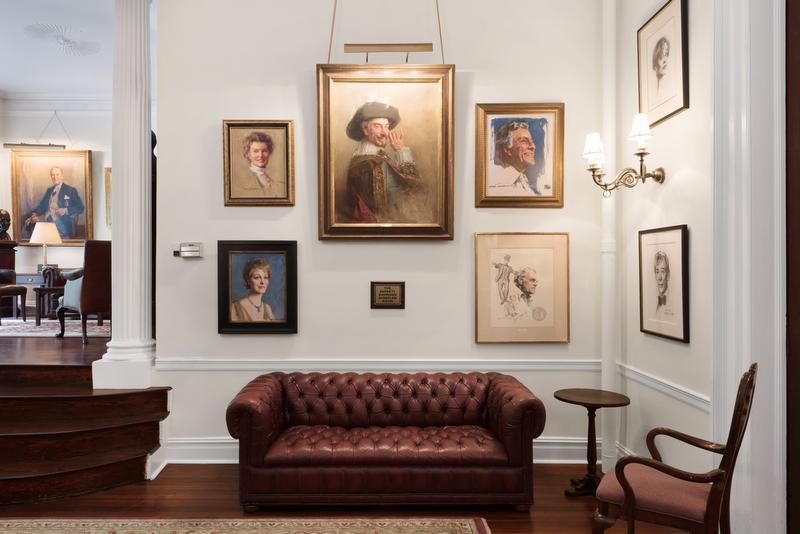 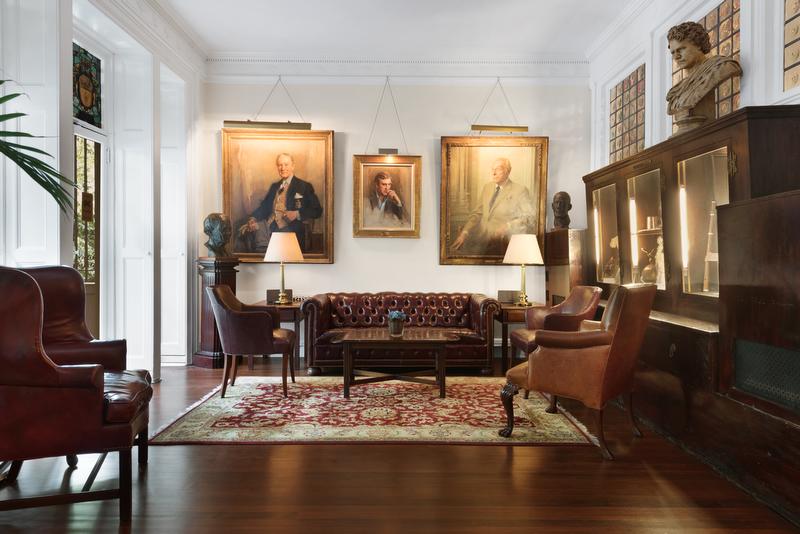 The Library, before alterations. Dated 1895. 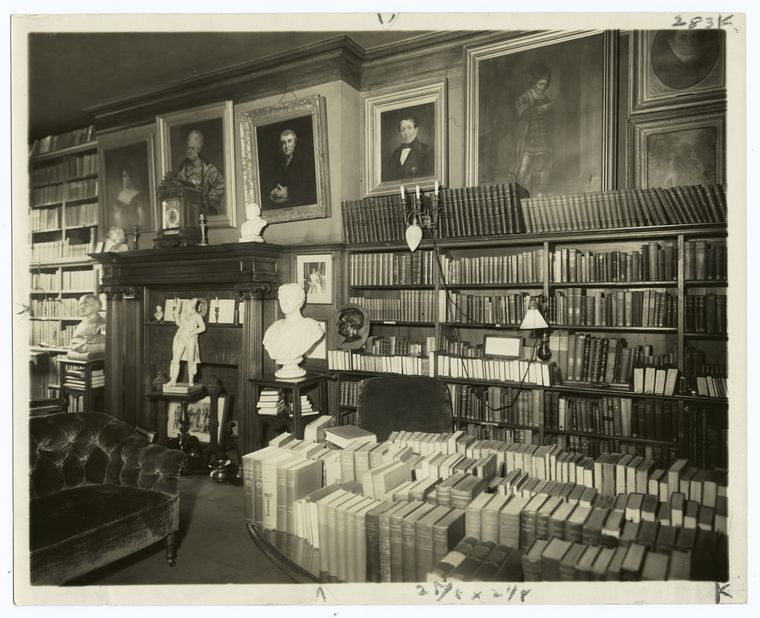 After paying a visit to the Garrick Club in London, Edwin Booth professed his opinion that, "We do not mingle enough with minds that influence the world... we should measure ourselves through personal contact with others..." In 1888, Booth set out to remedy this issue by means of paying $75,000 for a townhouse on 16 Gramercy Park and promptly commissioning architect Stanford White to fix the house to his standards. The result was The Players Club, which was named by author Thomas Bailey after a line from Jacques speech in Shakespeare's "As You Like It." Now armed with a location and a name, the club was able to house opening night on December 31st of that same year. Today, The Club is known for its ability to adequately accommodate and recognize all of the patrons of the arts while attaining the coveted title of the oldest club in New York City that remains housed at its founding location.
Many famous figures in history have graced the halls of The Players Club, most notably Samuel Langhorne Clemens, better known as Mark Twain, and William Tecumseh Sherman. Both men were of the 16 founders of the institution, and regularly visited the Club since opening night. In fact, Mark Twain played pool here so often that today his cue can be found hanging on the wall at The Grill, along with the cues of Frank Morgan, Franklin Pierce Adams, and Roland Winters. The same wall claims the golf club of fellow member Jack Lemon.
The Players Club today houses four floors with eight distinctive rooms which are The Grill, The Great Hall, The Kinstler Room, The Alcove, The Dining Room, The Library, The Card Room, and The Booth Room. The Booth Room, of course, belonged to Edwin Booth and remains largely untouched since he was found dead in his bed here in 1893. His "nest among the treetops of Gramercy Park", as Booth liked to call it, contains a William Winters poetry book opened to the page he was reading before he died. Most notably, the room also contains the skull of Yorrick, which had been given to Booth's father upon the death of a horse thief, whom admired his father so deeply that he insisted he have his skull as a token of his admiration.
Today, the Players Club remains a largely exclusive club to the 600 members who have attained the largely coveted membership. It is here that the club continues traditions from years past, such as the infamous "Pipe Nights". Beginning in 1905 as a social gathering to discuss ideas, today the tradition has evolved to honor artists for their contributions to their respective fields. It is in this way that the Players Club continues to pay respects to the fields which have been core since its opening night.