Some details of the origin of Devils Postpile are not completely clear. Enough is known though to reconstruct just what this amazing formation of rocks are. Up until recently it was thought to have been formed around a million years ago. More diverse and complicated studies show that it could be closer to around 100,000 years ago. The rock formation was thought to be created by cooling lava that cracked into multi-sided columnns.

Picture of the cliffs 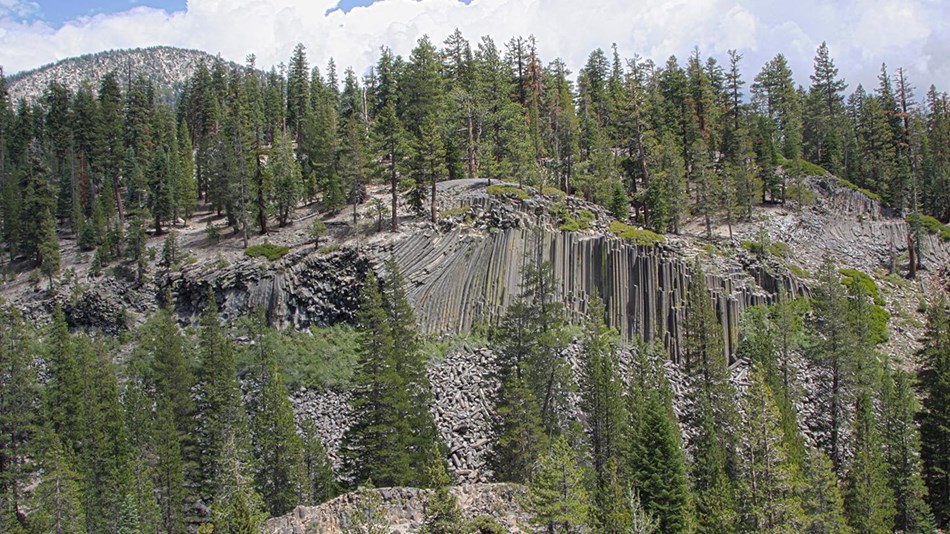 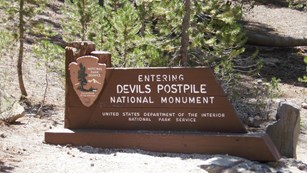 For millions of years, what is now the California coastline was a shallow sea. The Western edge of the Northern American continent was shifted hundreds of miles east and a part of a single super-continent known as Pangea. The super-continent is what birthed the seven that we have today.

When the split began to happen between the continents, sediments and minerals were slowly eroding and splashing out to sea which covered what is now present day California.

As North America kept drifting westward the oceanic crust was forced down and beneath the moving continent. A north-south zone was born and for millions of years’ oceanic crust continually thrashed into the westward moving North American Continent. Once, the portions of newly formed rock added on to the already existing land mass it created such formations as the Devils Postpone.

These pieces of accumulated land are called “Exotic Terranes” and the product of each terrane to North America took countless years of forming. As the lava flow would then slow down, the molten rock began cooling into newly formed compacted earth. The shallow fragments would have obviously solidified first, with the deeper characteristics of the lava lake involving more time to cool it allowed for stress to become a factor. Once stress is involved the rocks began to contract and those contractions can sometime form columnns so perfectly that it would look like they are hand carved.

Devils Postpile is a small rich environment that spans across the Sierra Nevada between 7,200 and 8,200 feet. Not only does the rock cliff monument attract visitors but the wide array of vegetation and wildlife bring in various types of people also.

The landscape along the mountain side is a blend of fire and ice. The cooling areas where the lava previously flowed is now the beautiful impressive wall of columnns. Several other volcanic activities can be seen at the monument’s soda spring.

The flora and fauna at Devils Postpile are very characteristic of the area. Some animals include Black bears, eagles and well known for the Sierra Nevada area are many pine and fir trees. The base of Devils Postpile is home to many squirrels and chipmunks and various pine martens which are their natural predators.