Central Presbyterian Church got its beginnings in St. Paul in 1851 when Rev. John Riheldaffer came to town. The population of St. Paul at the time was about 1,500. As the population grew, so did the congregation. The church’s previous building was damaged by fire in the late 1880s. That cleared the way for the current building, built in 1889. The architect was Warren Hayes. The church building was added to the National Register of Historic Places in 1986.

Central Presbyterian Church was built in 1889 by Warren Hayes and added to the National Register of Historic Places in 1986. 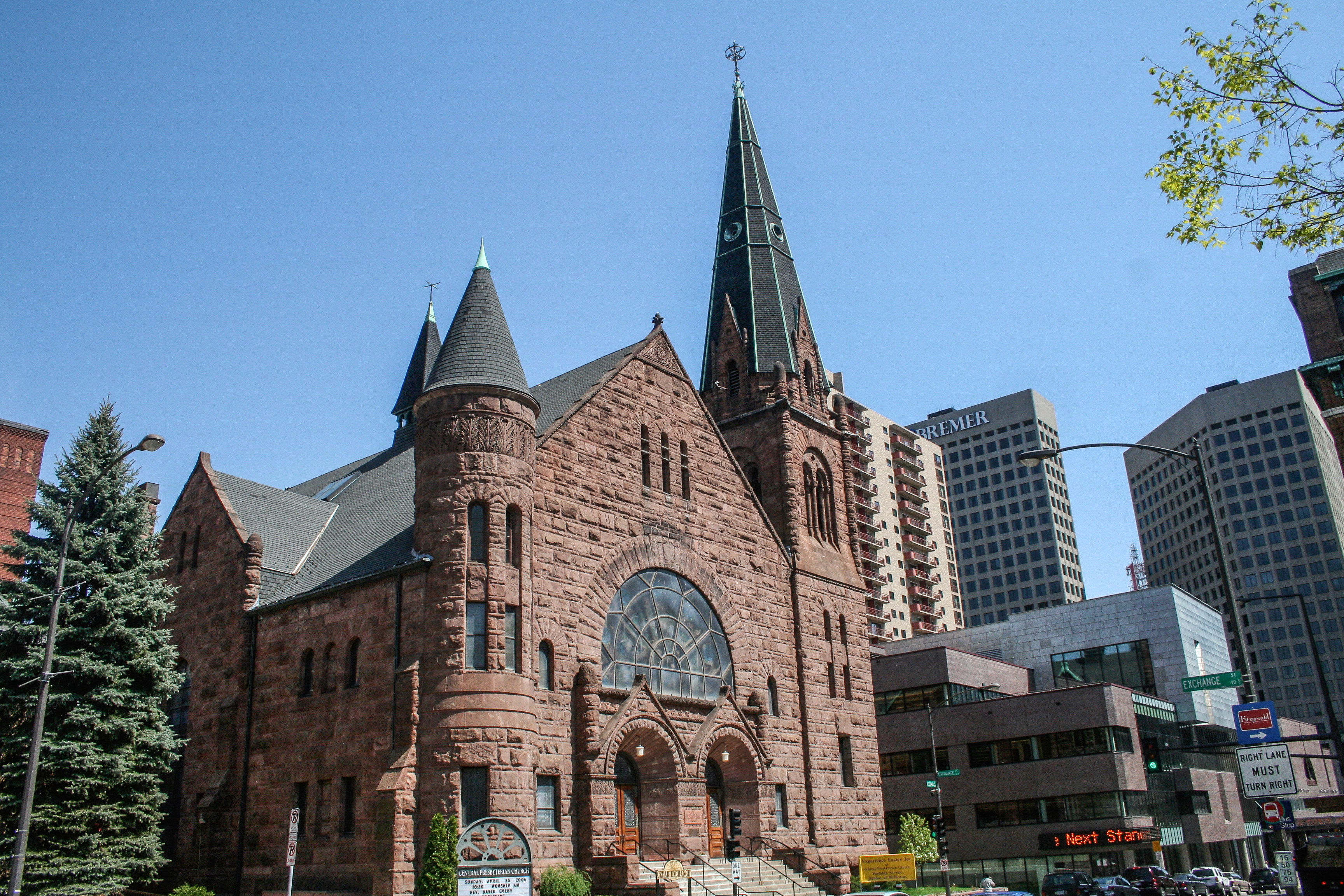 The church was built in a Richardsonian Romanesque style with a façade of coarse, 24-inch thich Lake Superior brownstone. It has a large gable 90-feet over the double-arched main entrances along with a square bell tower topped by an octagonal spire. The original spire was damaged in a severe windstorm and then blown off in 2004. It was replaced with the current one in 2005. The semi-circular windows are original.

The church still features its original pulpit, which was never attached to the floor. This was so it could be moved when larger crowds were accommodated. The east wall was initially a series of three pocket doors which allowed for additional seating. The main sanctuary could seat several hundred people on the main floor and balcony.

Renovations in the 1950s led to sealing those doors and removing some of the balcony to put Sunday School rooms on the second floor. There is also an Oval Room that has been used as a business office and is currently used as a meeting and Sunday School room. The church also features an historic pipe organ.

In its early years, the building served as an auditorium and meeting space in St. Paul. Notable speakers include Booker T. Washington, presidential candidate William Jennings Bryan, former president and then-Supreme Court Chief Justice William Taft, and evangelist Billy Sunday. The church has also been the site of thousands of weddings, including 2,436 performed by the church’s longest-serving pastor, Harry Noble Wilson.

This walking tour begins with some of the city's historic churches and theaters and includes several museums, statues, and landmarks such as Union Depot and the Landmark Center.