Built in 1761, this tavern was the home of James and Elizabeth Stoodley and their children, along with two slaves whom they called Frank and Flora. It was used as a meeting place for Revolutionary patriots and was visited by Paul Revere in 1774. Colonial auctions took place here often for bulk goods, and occasionally African slaves. After 1830, the structure went through phases of being a boardinghouse, restaurant, appliance store, and apartment building. It was relocated from Daniel street to its current address on Hancock street by the Strawbery Banke Museum in 1966. The historic building is now an exhibit of the Strawbery Banke Museum. 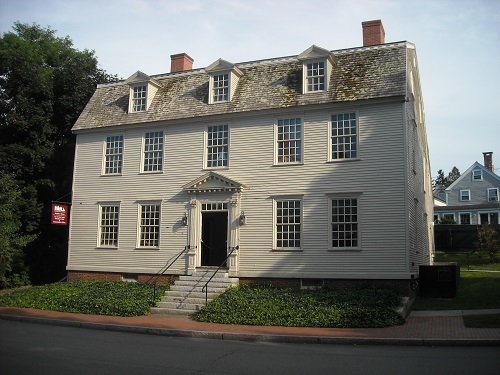 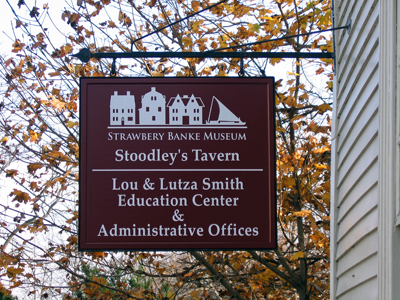 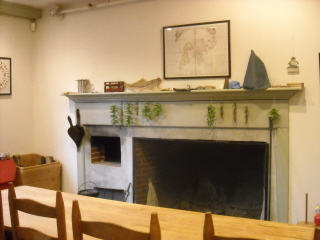 Built in 1761, this building originally served as a tavern and home to James and Elizabeth Stoodley and their children, along with two slaves whom they called Frank and Flora. James served in the English army as a ranger of major Robert Rogers unit during the French and Indian War, fighting against the First Nations. He would go on to side with the Revolutionaries. During this time, James owned a tavern called King’s Arms located on State Street that was constructed around 1753. In 1761, the King’s Arms burned down and James then built the new building that stands today.

While being a home to James Stoodley and his family, the tavern was also host to many community events. Local Masons would gather here periodically. James would host auctions at his tavern often for bulk goods including rum and cotton. African slaves were occasionally auctioned as well.

During the 1770s, the tavern was a popular meeting place for the Revolutionary patriots of Portsmouth. Paul Revere visited the town of Portsmouth in December of 1774 and delivered a warning at Stoodley’s tavern to announce the imminent arrival of British soldiers who seek to secure weapons at Fort William and Mary. Revere’s warning was successful as local troops stormed and seized the fort, confiscating the weapons.

James Stoodley passed away in 1779, leaving the tavern to his wife, Elizabeth. She remarried and boarded tenants in the building. James’s daughter, who’s also named Elizabeth, and her husband Elijah Hall inherited and occupied the tavern in 1786. With the death of Elijah in 1830, the building turned into a boardinghouse. It would also be converted into a restaurant, appliance store, and apartment building. It was relocated from Daniel street to its current address on Hancock street by the Strawbery Banke Museum in 1966. The historic building is now an exhibit of the Strawbery Banke Museum.

This walking tour starts at the Portsmouth Pearl and makes a small loop through the heart of the downtown area with stops at numerous museums and historic buildings. Highlights of the tour include the home of Governor John Langdon, Portsmouth Athenaeum, the African Burying Ground, the John Paul Jones House Museum, and the Strawberry Banke Museum.