Bennett Place is operated by the state of North Carolina and offers a number of exhibits from its collection of artifacts related to the final weeks of the Civil War in North Carolina. This reconstructed farmhouse and state historic park is the location of the largest negotiated Confederate surrender at the end of the war in 1865. Between April 18th and 26th, Union General William T. Sherman and Confederate General Joseph E. Johnston met near this location and negotiated terms for the surrender of nearly 90,000 Confederate soldiers. The historic park includes a small museum, guided tours, and a number of programs throughout the year. The park is also home to the Unity Monument which was dedicated in 1923 and constructed with the support of the North Carolina General Assembly.

The Confederate armies of the Carolinas, Georgia, and Florida surrendered at this location. The historic park offers a visitor center and museum, as well as living history reenactments on special occasions. 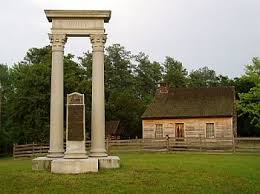 Johnston and Sherman discuss terms at the Bennett farmhouse. Image from Harper’s Weekly, May 27, 1865. 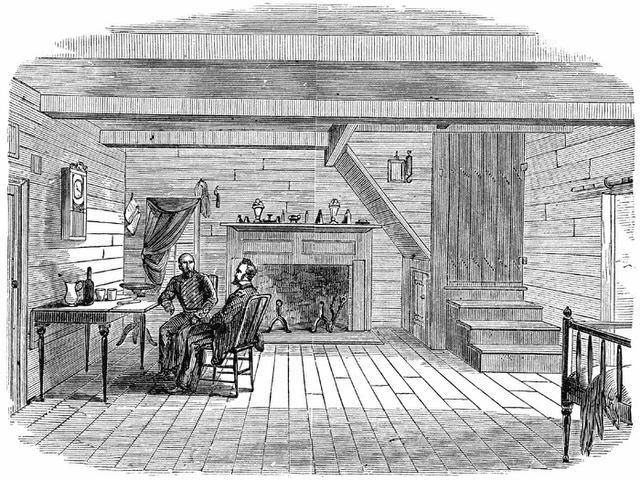 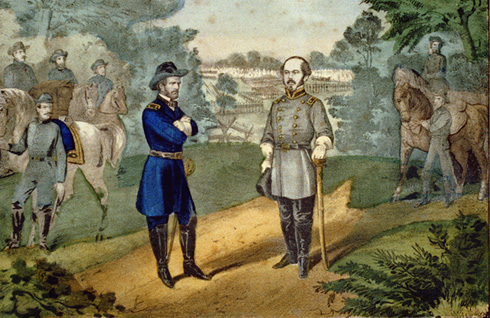 The meeting table in the Bennett House from which General Sherman and General Johnston negotiated and signed terms. 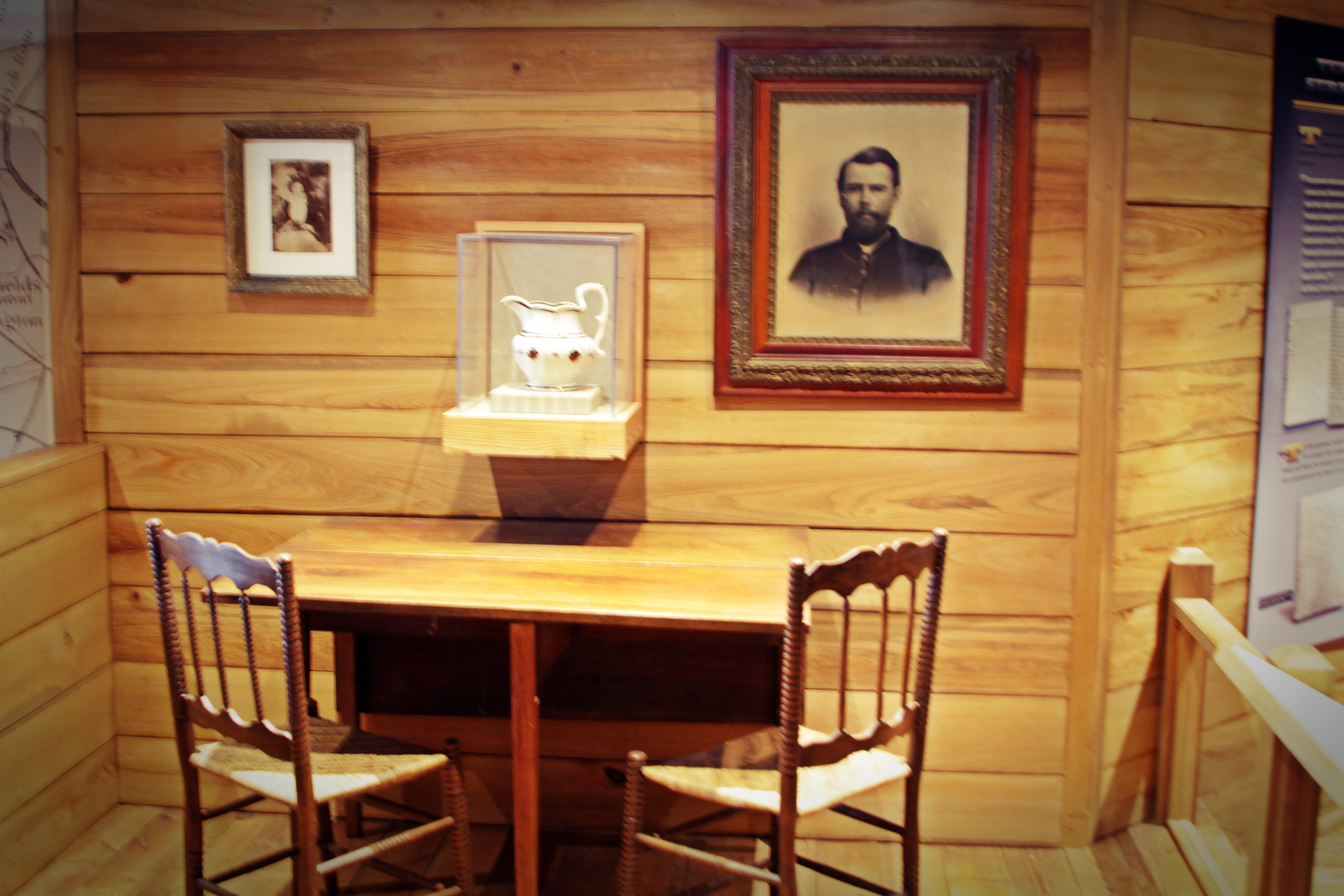 A view of the Bennett family compound. From left to right: Bennett House, smokehouse, kitchen house. 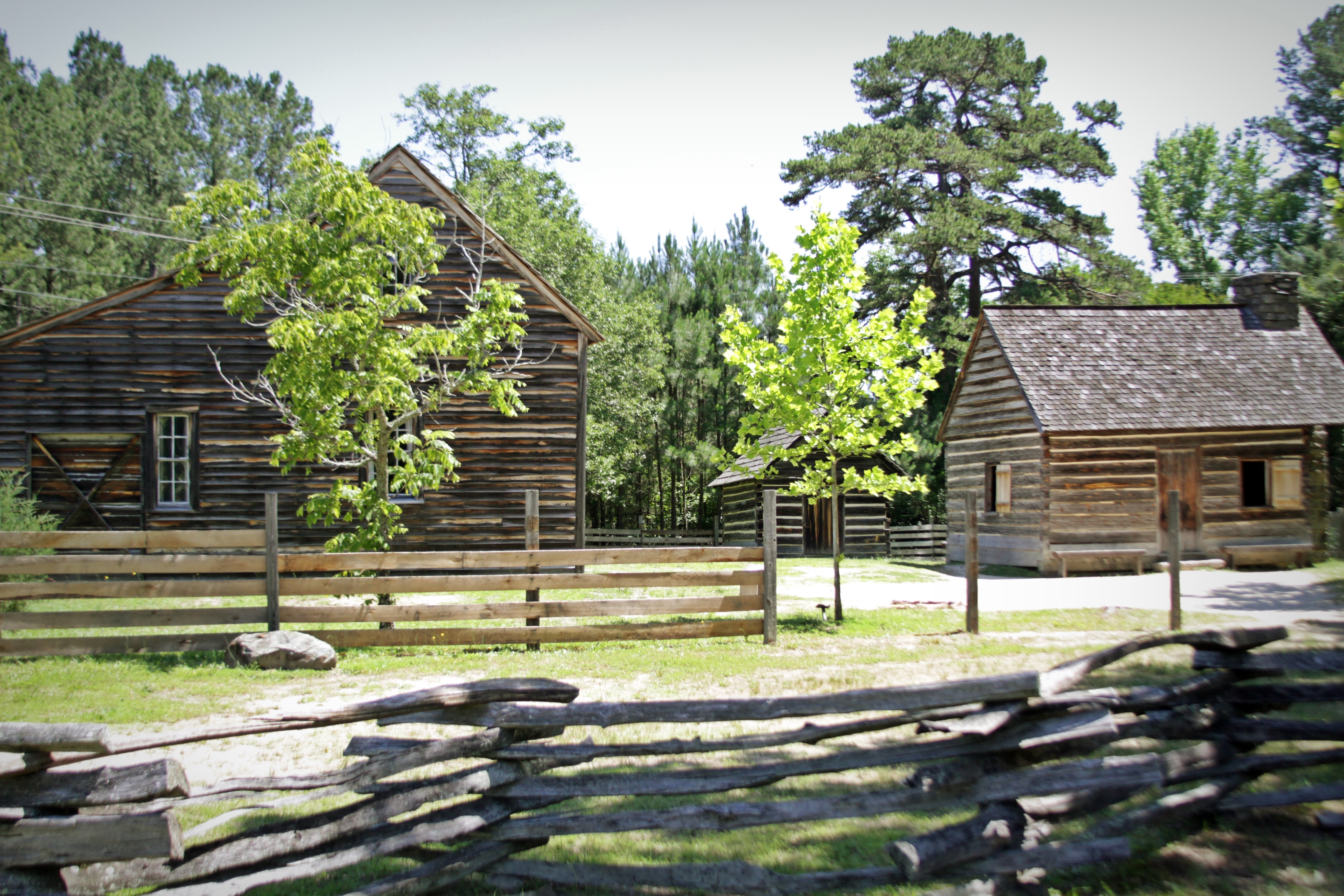 The Bennett Farm well with a view of the land. 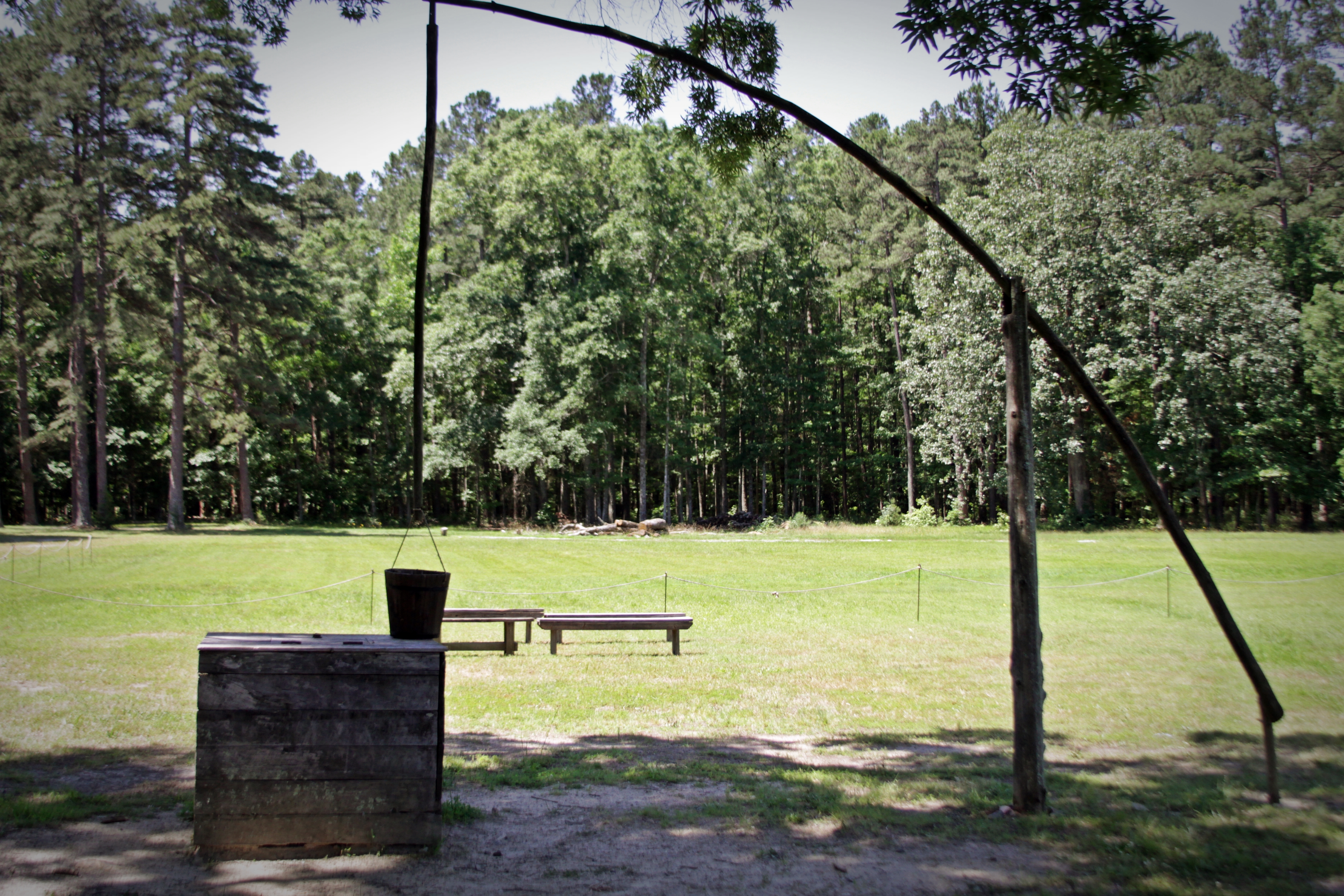 The road to Bennett Farm. 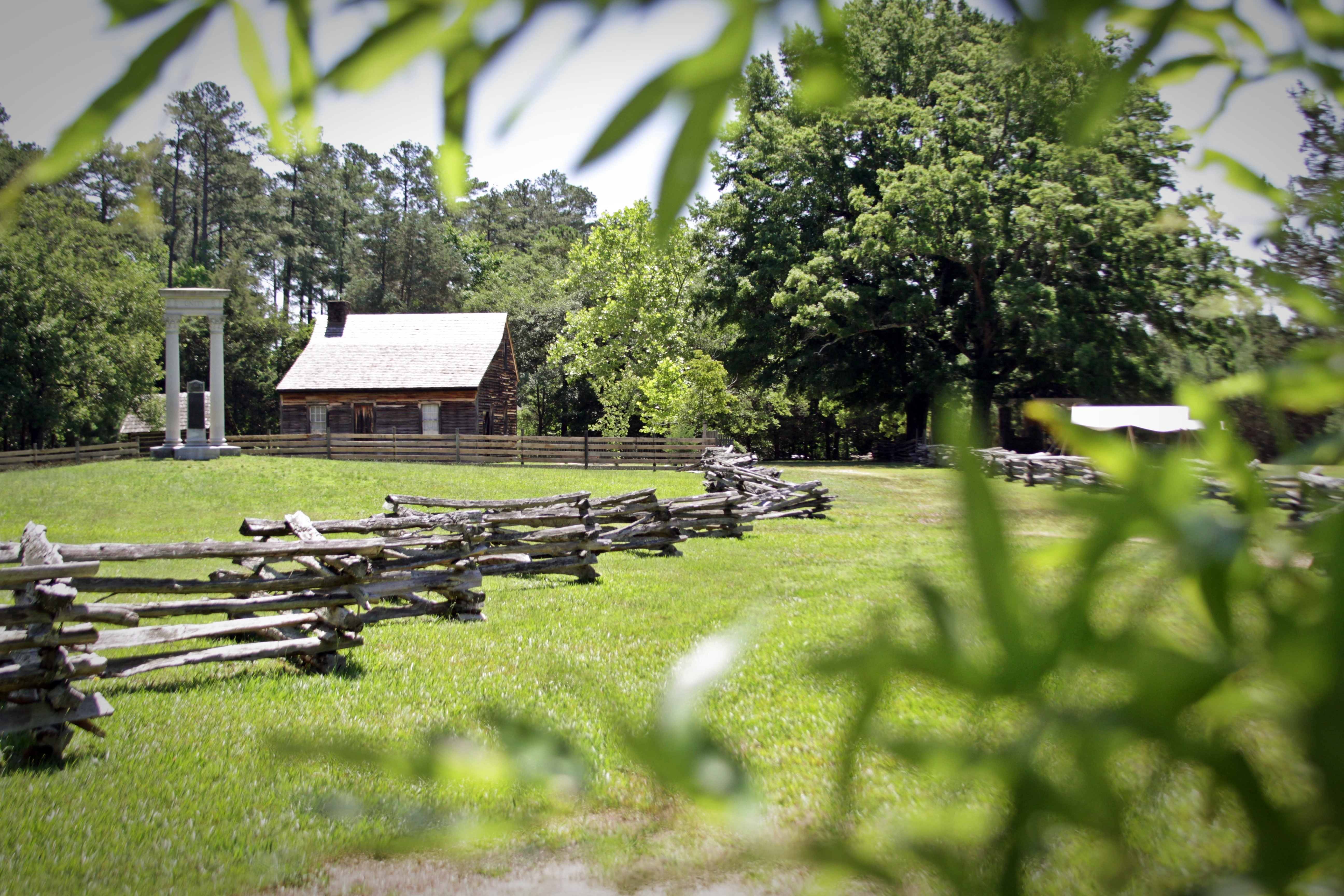 A view from outside the Bennett Farm. From left to right: Smokehouse, Bennett House. 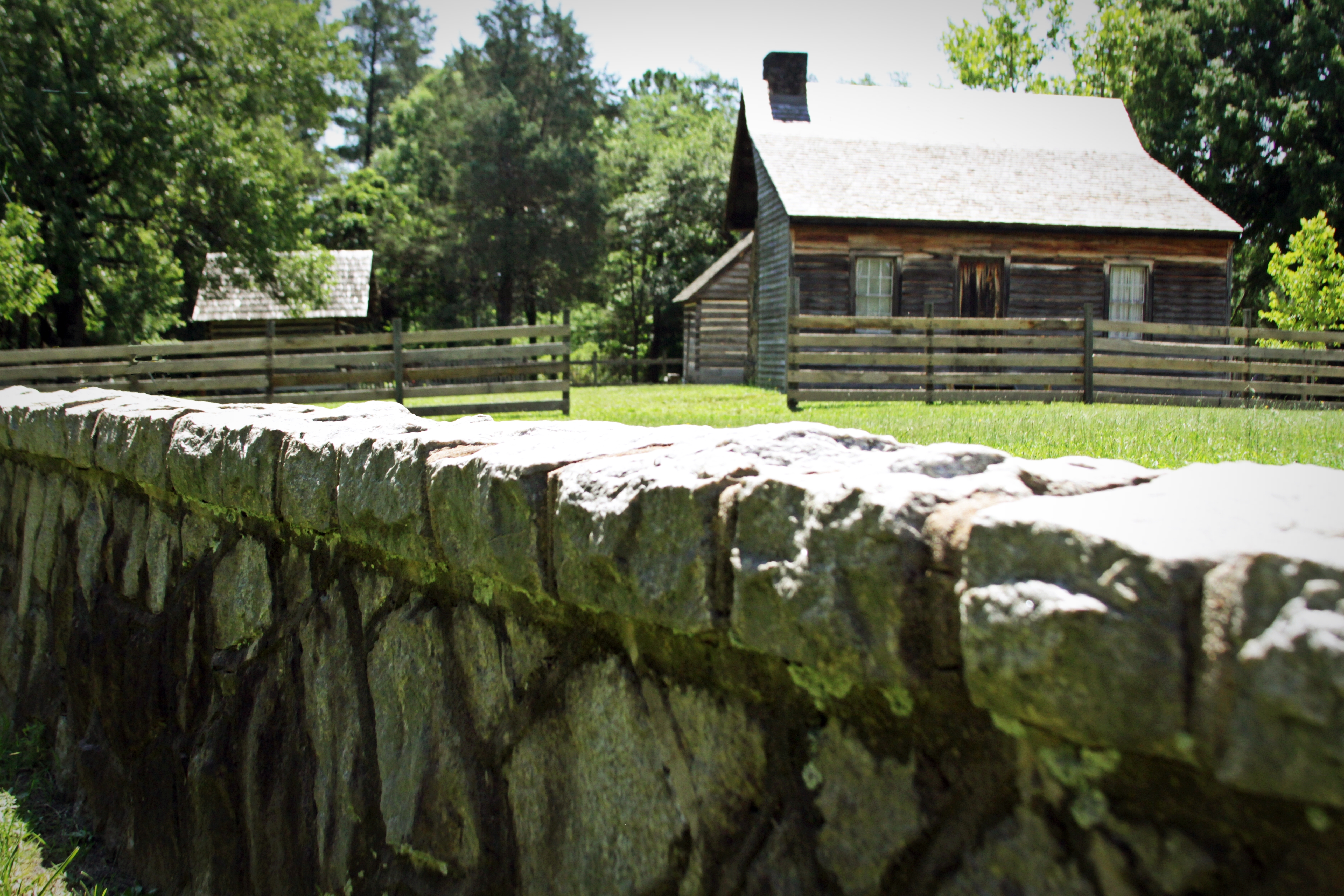 Bennett Place originated as a family farm owned by James and Nancy Bennett. James Bennett and his family worked as yeoman farmers, like many North Carolinians during the mid-19th century. Reluctant to get involved in the war, all of the Bennett sons eventually answered the call to enlist in the Confederate Army.  During the four years of the Civil War, the Bennett's lost three sons, Lorenzo who served in the 27th North Carolina Infantry and died of pneumonia in 1862, Alphonzo who remains unaccounted for in the family history, and Robert Duke (a son-in-law) who died in a Confederate Army hospital.

Despite these losses, the Bennetts would soon find themselves in the middle of what became the largest troop surrender of the Civil war when General Joseph E. Johnston of the Confederacy, and General William T. Sherman of the Union knocked on the door of "Bennett Place" to negotiate terms. The Bennett family agreed to allow the two generals and their men to use their farm and retreated to the kitchen house to allow the generals to use the Bennett Home in private.
Johnston was able to reassemble what was left of the Confederate Army of Tennessee, which had been dismantled due to the Battles of Franklin and Nashville. He began to move his soldiers north. Sherman was also rallying his soldiers and moving them into position through the Carolina. Johnston's men were attempting to reach Virginia in order to join forces with General Robert E. Lee. Both Johnston and Sherman were pitted against each other from Hillsborough and Raleigh in northern North Carolina. Word eventually reached both the Union and Confederate troops that Lee surrendered to General Grant on April 9th, 1965.
Once Richmond fell to a Union stronghold, President Jefferson Davis fled to the south. He spoke to General Johnston and demanded that he and his men continue to fight even if that meant using some guerrilla war tactics. Johnston knew that he would not be able to defeat both Grant and Sherman's armies and he was unwilling to resort to guerrilla war tactics. It was because of this that he agreed to meet with General Sherman. Both generals met in an open field and looked for a home that was a private location for them to discuss the terms of surrender. They met on April 17, 1865, and traveled west to find a group of houses that Johnston had passed on his way in. They were turned down by the first home; however the Bennett's were gracious and allowed Johnston and Sherman to use their home.
April 18, 1865, General Johnston agreed to the negotiations and surrendered the Army of Tennessee. The terms set forth by Sherman were considered to be too lax after the Lincoln assassination and Washington officials demanded that Johnston be forced to agree to new terms. Both generals met for a second time on April 26, 1865, to discuss the new surrender terms passed down through Washington D.C. The new terms included the surrender of all Confederate forces located in North and South Carolina, Georgia, and Florida. This number was approximately 89,270 soldiers in all. The original home where General Sherman and Johnston discussed the negotiations collapsed from weathering and natural causes, as the family had abandoned the farm after the war. However, it has since been reconstructed using sketches that had been created in 1865.

In 1923 and with the support of the state legislature, the Unity monument was dedicated to celebrate the reunification of the North and South. One of several monuments dedicated in the early 1900s in this spirit, the monument appears to have aroused the ire of the United Daughters of the Confederacy, a women's organization dedicated to vindicating the antebellum South and the Confederacy. While the UDC's publication Confederate Veteran noted the dedication of even the most modest Confederate monument, it made no mention of this monument celebrating national reconciliation.

Caroline E. Janney, "War over a Shrine of Peace: The Appomattox Peace Monument and Retreat from Reconciliation,"  The Journal of Southern History. Vol. 77, No. 1,  2011, p98