The very first Catholic Congregation in Janesville, St. Patrick`s Church was formed in 1846 by traveling priest Father Morrisey, with services being held in the home of a Mr. James Tarny. Its` permanent location was built in 1847 on Cherry Street. The Fourth Ward hosted much of Janesville`s Irish community and theses individuals made up most of its` original congregation.

A historical view of the Church. 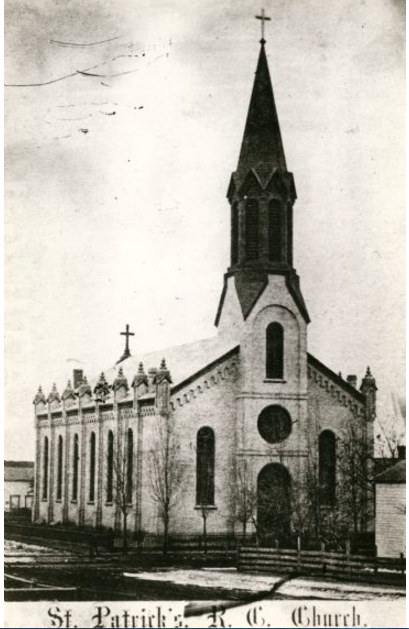 After finding a permanent residence on Cherry, St. Patrick`s Church replaced the original edifice in 1848. The new design was influenced by the Romanesque Revival style that references the European Medieval churches of the 11th and 12th centuries. Distinctive features include the use of cream-city brick, large entry ways, and arched windows. Later on a convent and school were also added onto the structure.