Church Green is a historic center of the City of Taunton. It consists of a small green area with a veteran’s memorial fountain and etched stone in its center. At the northern end of the green sits the First Parish Church, a beautiful old structure dating back to the colonial era. The Church Green, once known as Meetinghouse Common, is located at the southern end of Taunton’s Historic District where Main Street breaks into Summer Street and Dean Street. It was added to the National Register of Historic Places in 1977.

First Parish Church, located at one end of Church Green 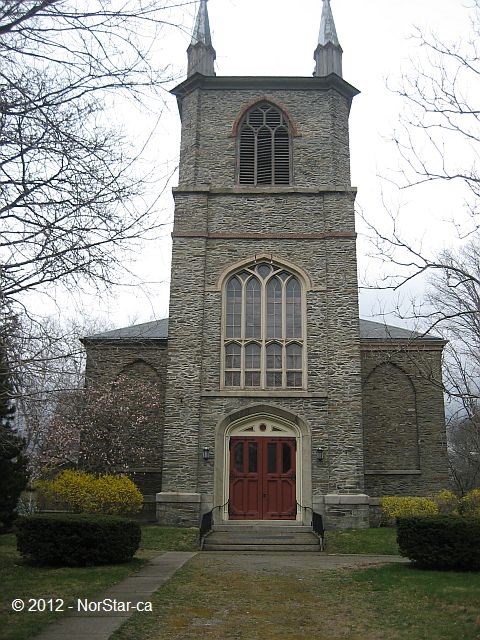 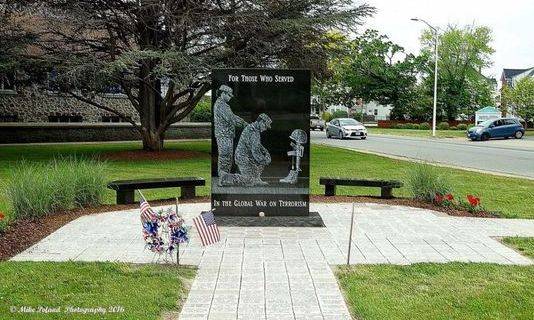 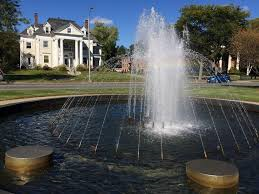 The Church Green in Taunton, Massachusetts in one of the first stops on the City’s Liberty and Union Walking Tour.  The Old Colony Historic Museum is located across from the Green, which is a site of significant historic interest itself and is the starting point of the tour.  On the other side of the Green in the currently vacant City Hall, also considered part of the historic district.  The City Hall was damaged by a significant fire several years ago.

Across from City Hall, and standing at the intersection of Routes 44 and 140, stands the venerable First Parish Church.  The Church was constructed during the colonial period and is still open to worshippers for services, as well as those interested in the building’s rich history.  The Puritan church group first met in 1637 in England.  Led by Elizabeth Pole (who is credited with founding the town of Taunton), they arrived here from Devonshire, England in 1638.  They erected their church and a school on the land now known as Church Green in 1647.  It was the first church established within the present boundaries of Bristol County.  In fact, the building served as more than a church.  In 1671, representatives from the Plymouth Colony and the Wampanoag Tribe met here to sign an agreement that delayed hostilities between the two parties.  Today, a welcoming Unitarian Universalist congregation enjoys services in the church. During the weekend in the spring and summer, popular farmer’s markets are held on the Church’s front lawn.

A few years ago, a local group was looking for a new place to install a Veteran’s Memorial, specifically honoring those who had a part in the Global War on Terrorism.  They identified several spots in Taunton, and finally decided upon the open space in Church Green, near the site of the existing Vietnam Memorial fountain.  The design consisted of a six-foot tall tablet of Black granite stone.  It bears the silhouette of a male soldier kneeling and a female soldier standing in front of a battlefield cross honoring a fallen comrade.  The image of the cross is made from the fallen soldier’s rifle, helmet, and dog tags. The words “For those who served in the Global War on Terrorism” are etched on the stone. There are also two walkways and a series of flags representing all branches of the military.  The walkways consist of 900 personalized memorial bricks in honor of U.S. veterans as far back as the Civil War. The memorial was completed and dedicated in 2012.

Taunton’s Global War on Terrorism Memorial is located right beside the city’s Vietnam Memorial, which consists of a fountain and a stone that lists the names of 13 men from the city who died while serving in Vietnam.

Each year in October, the Church Green hosts the annual “Liberty and Union” festival.  The festival educates people about Taunton’s revolutionary history. There are shows, music, activities, and vendors selling local handmade crafts and edibles, as well as reenactments.  It is open to the public and free to attend.

This short tour begins at the Old Colony Historical Society and includes local landmarks such as the Taunton Church Green, McKinstrey House, and Taunton Central Station. The tour concludes at Mount Pleasant Cemetery. We hope to add more stops on the tour as local historians add more entries to Clio.