The Hornbine School is a small, one-room schoolhouse in the Town of Rehoboth, Massachusetts. It was originally built in the mid-nineteenth century, most likely in 1847. The initial structure was enlarged in the 1920s as the town’s population started to grow and the town began consolidating its district schools. Classes were held in the school until it closed in 1937. 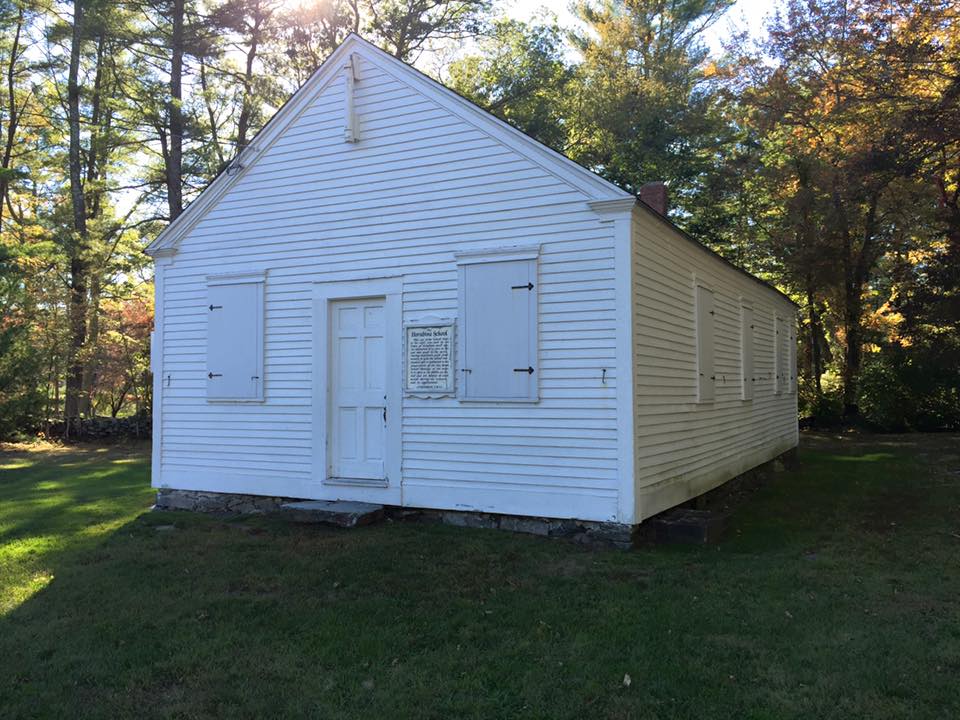 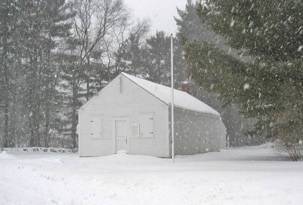 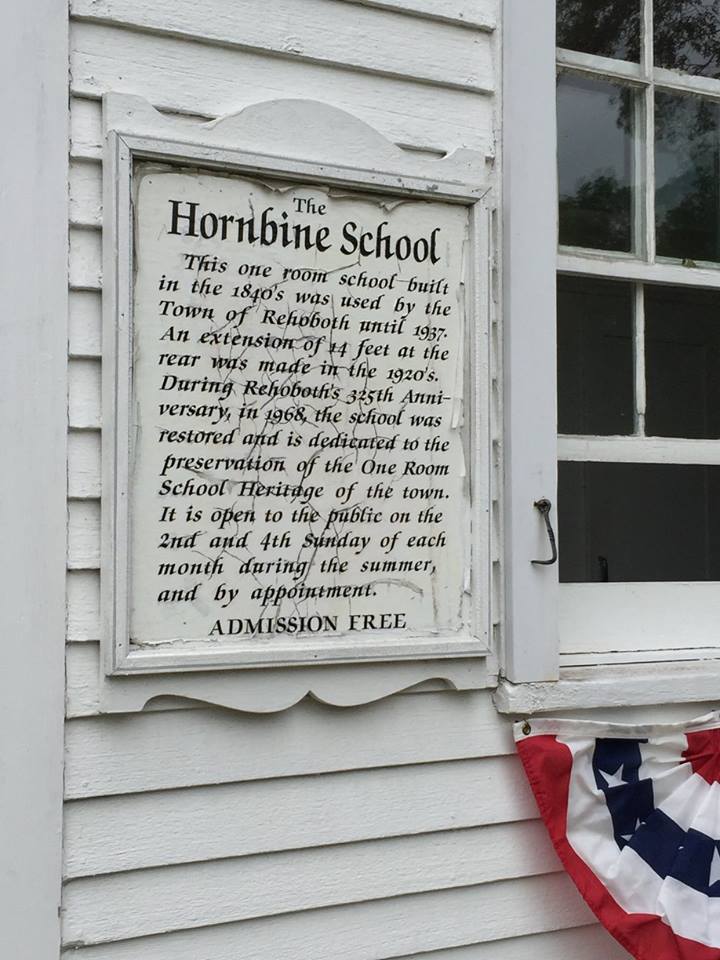 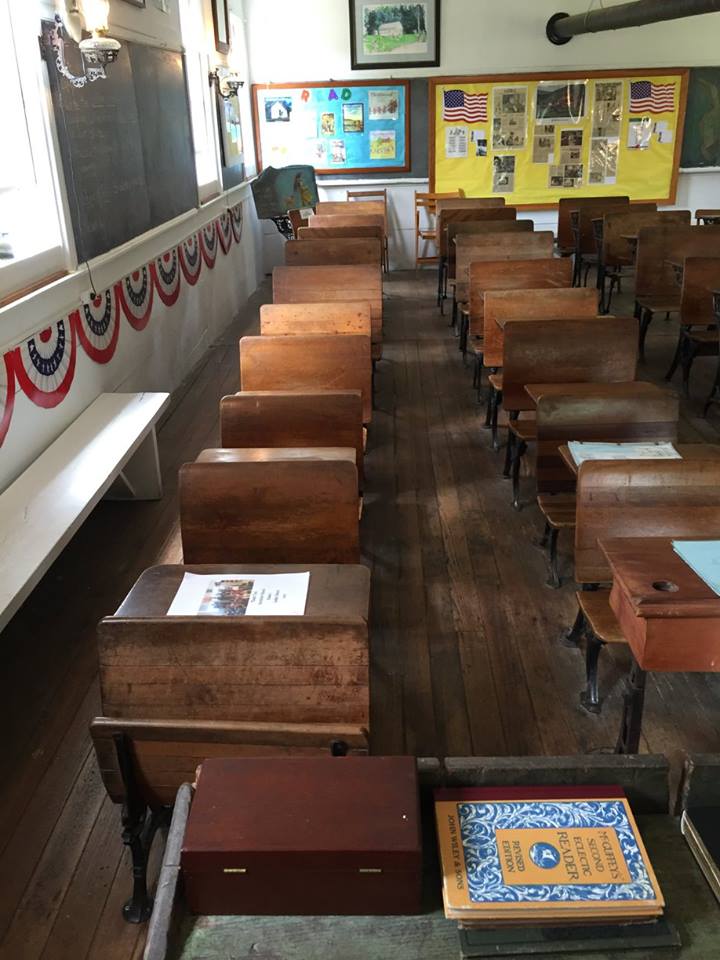 The Hornbine School is a historic gem located in the small town of Rehoboth, Massachusetts.  It served as a one-room schoolhouse for the small town for nearly eighty years (1862-1937).  There seem to be conflicting reports regarding the age of the building. There are several historical accounts that date the building as early as the 1840s or as late at 1862. The National Register of Historic Places reports a period of significance for each building/district on the list.  For the Hornbine School, it uses the dates 1850-1874.  However, the Town of Rehoboth’s Assessor’s database reports that the building was built approximately 1840.

It is a single-story wood frame structure built in the Greek Revival style popular during the mid-nineteenth century.  It features a front-facing gabled roof, clapboard siding, and a brick chimney at the rear.  The front of the schoolhouse faces to the east.  There are three symmetrical bays with an entrance at the center and sash windows on either side of the entranceway. There are four windows, irregularly placed, on either side of the building. The rear two windows on either side were added in 1923, when the original structure was extended 14 feet towards the rear.  The building was enlarged to support the increasing number of students.  Five years after the addition, there was 49 children attending the Hornbine School.

The school is significant for its history, but also claims of paranormal activity.  Thrill-seekers like to visit the school and peer through the windows to look for the ghosts of a teacher and her students.  Many people have reported claims of seeing these apparitions, but none of these claims have been documented to date.

The Hornbine School is now a historical museum.  It was restored in 1968 for the Town’s 325th Anniversary celebration after it was purchased by the Hornbine School Association. It was added to the National Register of Historic Places in 1983. The school is open to the public during the summer months, on the second and fourth Sundays.  It is only opened for a couple of hours however, from 2PM to 4PM.

This one room school built in the 1840s was used by the Town of Rehoboth until 1937.  An extension of 14 feet at the rear was made in the 1920s. During Rehoboth’s 325th Anniversary, in 1968, the school was restored and is dedicated to the preservation of the One Room School Heritage of the town. It is open to the public on the 2nd and 4th Sunday of each month during the summer, and by appointment.  ADMISSION FREE.

The museum is open for tours from 2 to 4 PM on the second and fourth Sundays of each month during the summer.