When the Ewart Building was completed in Pittsburgh in 1891, the nine-story building was one of the tallest in the city. This office building was constructed by wholesale grocer, Samuel Ewart, along Liberty Avenue and is now squarely in the heart of the city’s cultural district which sprang up around it. Designed in the Richardson Romanesque architectural style, the building served as the headquarters for Samuel Ewart and Company and was owned by the family until 1969. Today, it still serves its original purpose as an office building and retail space and has been on the National Register of Historic Places since 1979.

The Ewart Building was designed in the Richardson Romanesque style and was built in 1891. 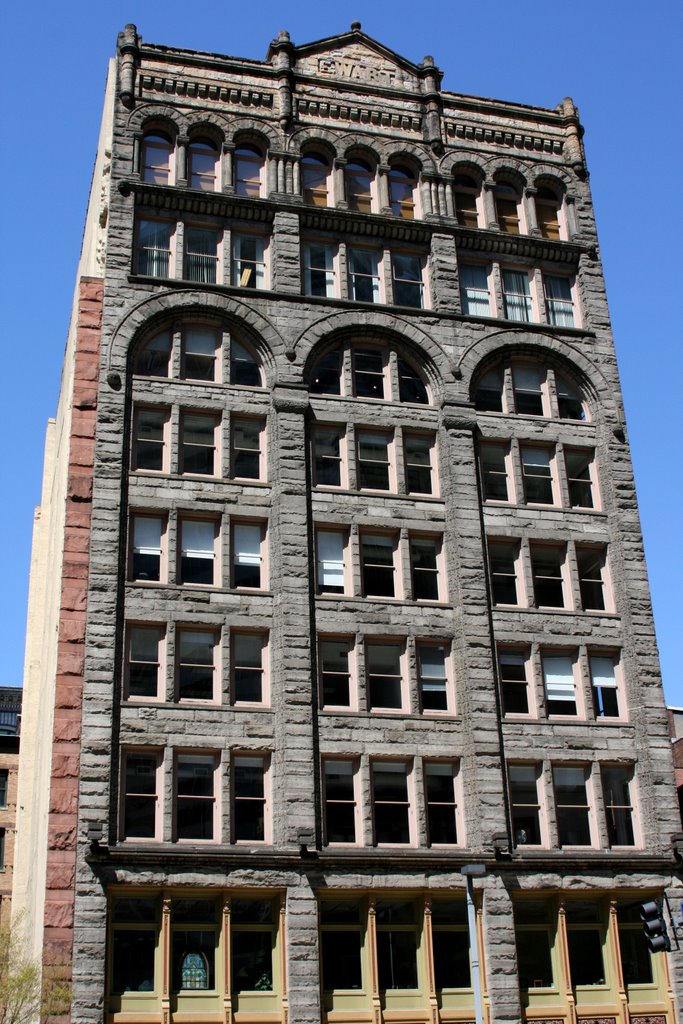 The Ewart Building prior to being renovated. Notice the layer of soot that coated many Pittsburgh buildings at the time. 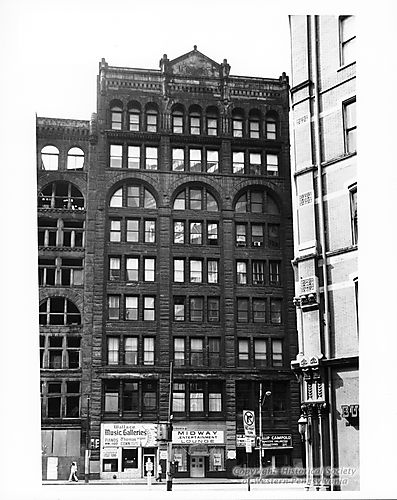 Looking up the rusticated façade of the Ewart Building. 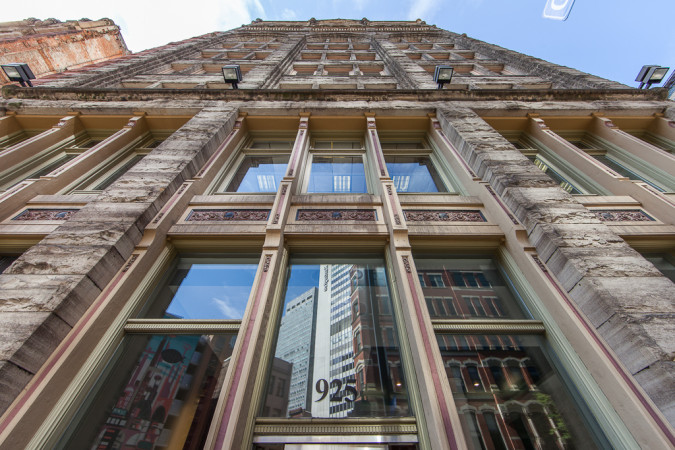 A closer view of the Ewart Building's Romanesque arches and triangular pediment. 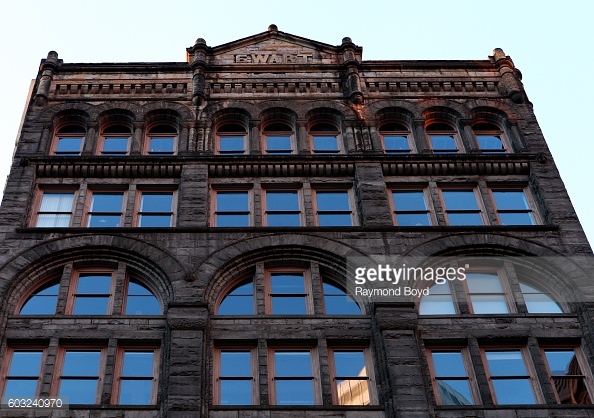 The lobby of the Ewart Building, post-renovation. 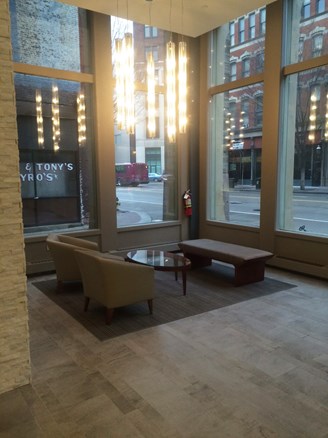 The Ewart Building is built on a section of the original Fort Fayette which was built in 1792 as a replacement for Fort Pitt and served to defend Pittsburgh from the threat posed by Native Americans.  Fort Fayette is perhaps best known as the staging area for the 1803 Lewis and Clark expedition.  It was eventually abandoned by the army in 1814, near the conclusion of the War of 1812.  As the city expanded, lots from the former fort were sold to local businesses and Sam Ewart purchased several in 1891 and built his company headquarters at the corner of Liberty Avenue and 7th Street.  The multi-story building, which was the first to use electricity in the area, is considered by many to be the earliest example of a modern office building in the city.

The Ewart Building features many elements of the Richardson Romanesque style, which is named after one of the most famous architects in American history, Henry Hobson Richardson, and combines classical and romantic styles.  Richardson was born in Louisiana in 1838 and is responsible for designing some of the nest significant buildings in the country to include Boston’s Trinity Church and Pittsburgh’s Allegheny County Courthouse.  He died in 1886, five years before the Ewart Building was built.  Ewart’s façade is constructed of rusticated, or rough-hewn, granite and three five-story arches extend from its two-story base that are capped with a Romanesque arch as are the individual triple windows on the ninth floor.  Its articulated cornice supports a triangular pediment in its center bay on which “EWART” is prominently carved.

The Ewart family owned the building until 1969.  It was eventually purchased by Matthew and Marion Weisberg sometime during the following decade and then sat vacant for twenty years, until 1998.  During these years of abandonment, it suffered from neglect until it was purchased by the Rugby Realty Company from the Byzantine Catholic Archdiocese of Pittsburgh.  Rugby Realty, in conjunction with the Pittsburgh Downtown Partnership, renovated the old building, which included removing the heavy layer of soot that had accumulated over the decades while it stood in the Steel City.  They also modernized the interior to make it more attractive to potential tenants.  They were quite successful in that endeavor as the restored office building was fully occupied by 2000 and is today an enduring example of a unique, 19th century office building within Pittsburgh’s downtown and cultural district.