The Marietta National Cemetery is a historic military burial ground located near downtown Marietta, Georgia. It was founded in 1866 to inter Union soldiers who died in the "March to the sea campaign" in 1864. The property itself was donated by a local merchant and hotel owner, Henry Cole, who was and ardent and vocal supporter of the Union cause (he was also a Yankee spy). Located on the northwest corner of the cemetery is a large masonry archway; it is one of five such archways that once functioned as the main entrances to national cemeteries in the South. The cemetery also features monuments and memorials including a marble obelisk dedicated to the 20th Army Corps; the Wisconsin Monument, which commemorates 405 Wisconsin soldiers who died in Georgia during the war and are buried here; a Gold Star Mother's Monument; and a monument commemorating the attack on Pearl Harbor. Besides a few exceptions, the cemetery does not accept new burials. The cemetery was listed as a National Register of Historic Places in 1998.

Dedication to the memory of Wisconsin soldiers who had died in battle in the Civil War. 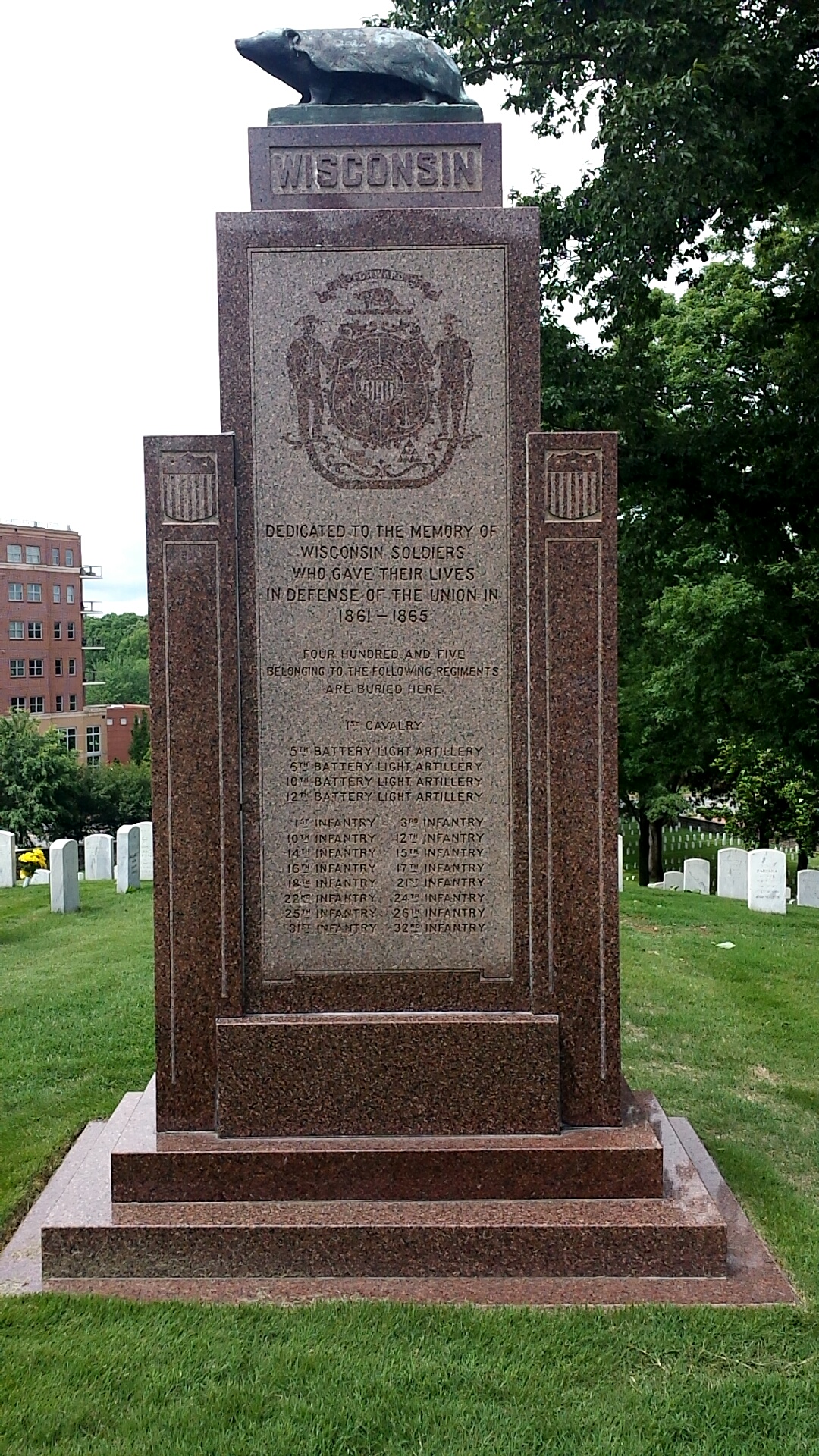 This plaque commemorates the memory of Henry Greene Cole, who donated the land for the cemetery. 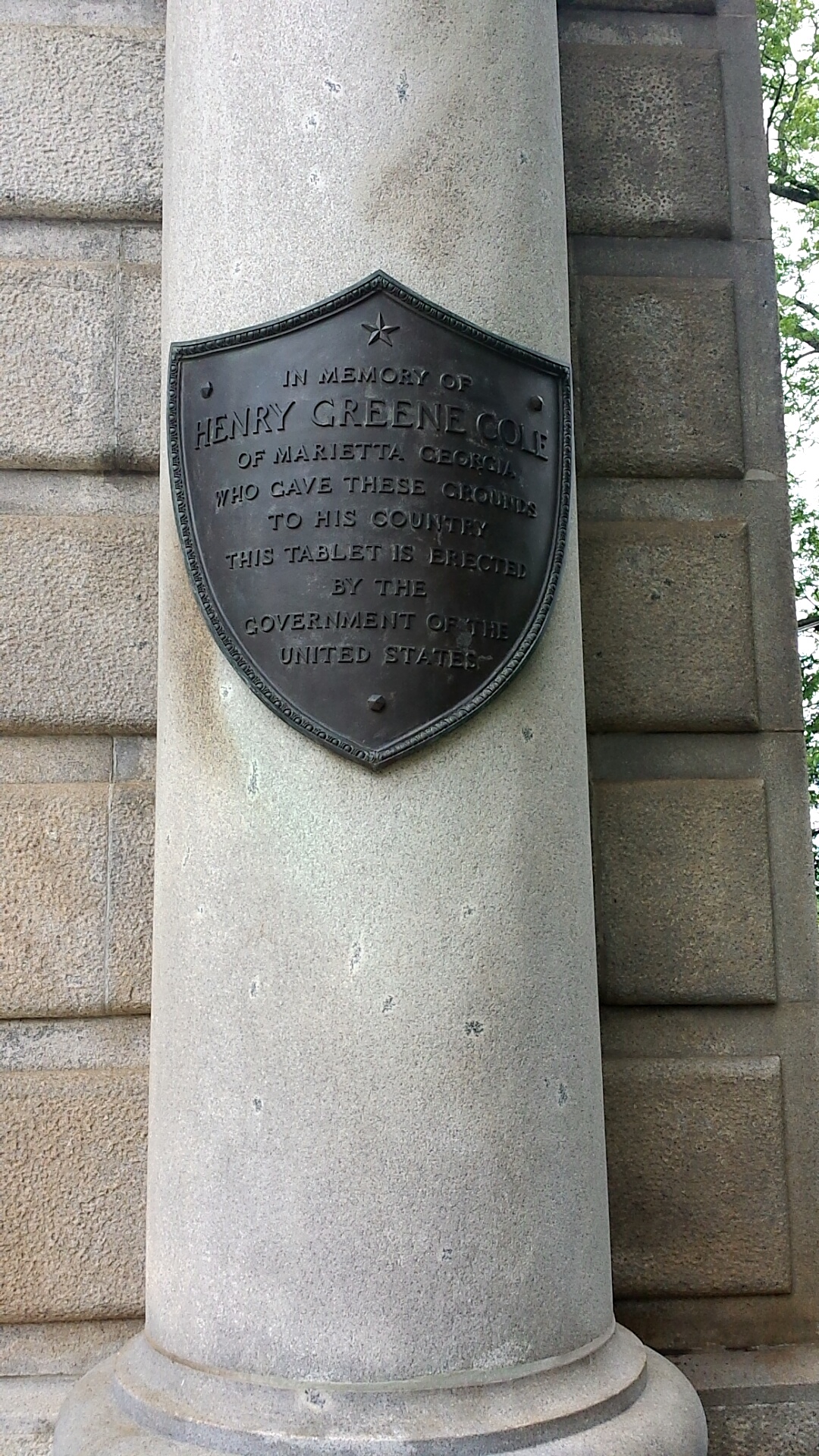 The Marietta National Cemetery was established in 1866. 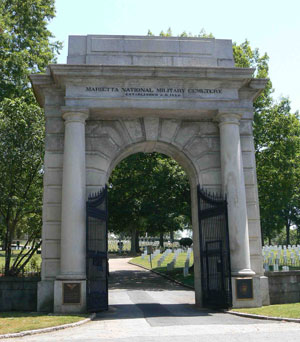 March to the Sea

From November to December 1864, Union General William Tecumseh Sherman led a campaign to further weaken the Confederacy, which had recently suffered a major blow with the fall of Atlanta in early September. Sherman's next goal was to lead his troops from Atlanta to Savannah, which is on the coast, hence the term "March to the sea." In devising the campaign, Sherman planned to let troops forage for food rather than maintain supply lines. He also ordered his men to destroy buildings, infrastructure and railroad tracks (the troops would rap the tracks around poles and call them "Sherman's neckties").

Confederate and Union forces fought in several small engagements. Ultimately, the Confederates failed to stop the march as Union troops outnumbered them. In the end, Sherman achieved his goals. Historians have likened the march to a "scorched earth policy" as it struck a severe physical and psychological blow to the South. It lowered civilian morale, ravaged the countryside, and weakened the Confederacy's ability to fight.

Union troops reached Marietta on July 3 and remained here until early November. Upon leaving for the march, they burned several buildings including houses and the Georgia Military Institute, which is where the Gone with the Wind Museum is today. As mentioned above, after the war Henry Cole, who owned a hotel that was destroyed when Union troops put the town ablaze, donated land to establish the cemetery. He originally wanted both Union and Confederate soldiers buried here as he believed that doing so would foster peace in the community. However, local residents rejected this idea and established another cemetery for Confederate dead. Cole was placed in charge of the cemetery and around 10,000 Union troops were buried here during the next couple of years. Many soldiers were disinterred from elsewhere and relocated the cemetery, including 225 Black troops who fought for the Union. In appreciation for his donation to establish the cemetery, a plot was set aside for Cole family. Henry died on April 18, 1875 and was buried in the cemetery.