The William Wagner House is believed to be the oldest surviving house in Miami-Dade County. It was built around 1855 by William Wagner, one of present-day Miami’s first permanent residents. Wagner was a veteran of the Mexican-American War, and followed his former Army unit as they were deployed to Fort Dallas in Florida. Wagner and his family were very active in the affairs of the early Miami area community. The house that Wagner built is noteworthy for its vernacular wood frame architecture and Balloon frame construction. The home originally stood in what is now the Highland Park Subdivision before being moved to Lummus Park in 1979 to avoid demolition. Today it serves as a representation of early South Florida settlements.

The Wagner House was restored and moved to Lummus Park in 1979 to avoid being demolished for a new Metrorail line. Image obtained from Flickr. 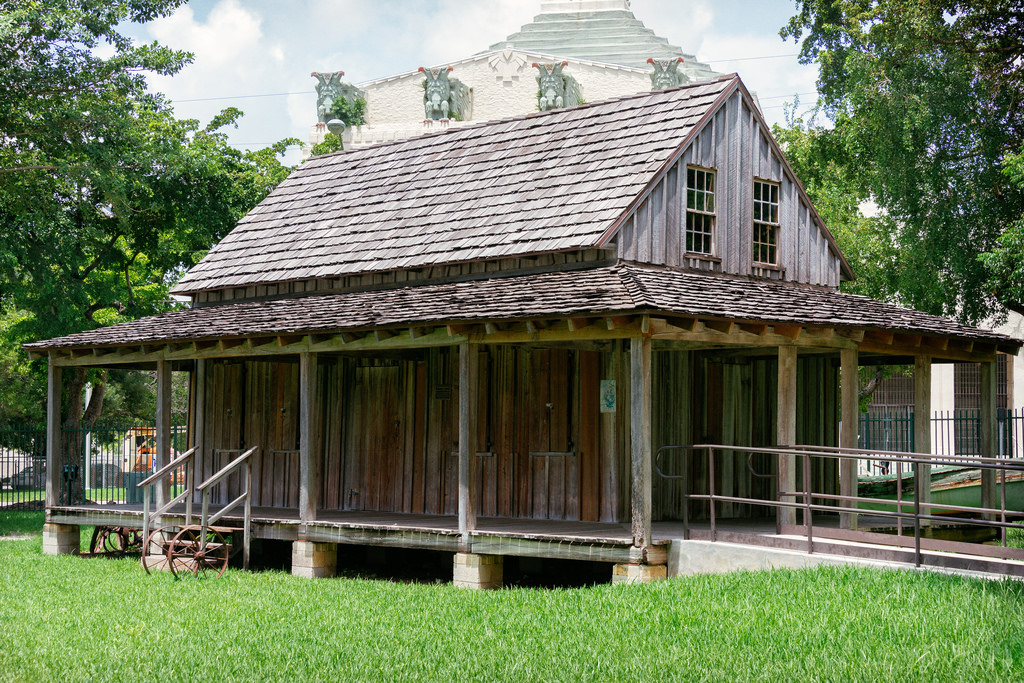 Before its restoration, the Wagner House underwent a series of additions and modifications over the years. Image obtained from Hidden History Miami. 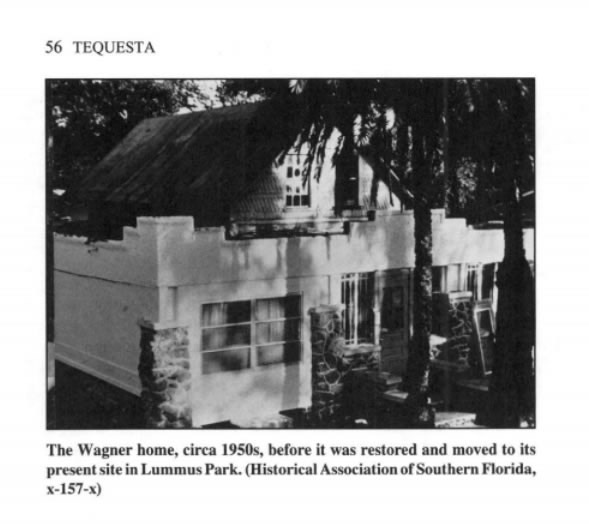 William Wagner was born to German immigrants in 1825 and probably grew up in Pennsylvania. In 1846 Wagner enlisted in the U.S. Army and served in the Mexican-American War (1846-1848). In 1847 Wagner was wounded during the Battle of Cerro Gordo and was sent to recuperate in Charleston, South Carolina. There he met and married Eveline Aimar, a Creole woman fifteen years his senior. Wagner remained in contact with some members of his former Army unit, which was deployed to Florida in 1855 to reopen Fort Dallas in present-day Miami for the Third Seminole War. Wagner decided to follow them to Florida, opening a sutler’s store near the fort. He also claimed a forty-acre tract of land at present-day Wagner Creek, where he built a steam-powered mill.

Sometime between 1855 and 1858 William Wagner built his home on the property. Most settlers’ homes in the area at that time were made of palmetto fronds, as milled lumber was scarce and expensive. It is speculated that Wagner may have had access to these supplies from Fort Dallas, which was experiencing much construction at the time. The house was designed with a simple, wood frame vernacular and a Balloon frame construction.

In 1858, Wagner’s wife and children joined him in Florida. The Wagners were believed to be very outgoing people, entertaining guests at their house and befriending local Native Americans. The family survived the Civil War largely untouched; William’s loyalty is unknown, but some evidence suggests he was a Northern sympathizer. In 1873 Vice President Schulyer Colfax and two U.S. Senators briefly visited Miami, where they were treated to dinner at the Wagner house. In 1875 the Wagners built a small Catholic church, the first church in the county. William Wagner passed away in 1901, leaving the house and his property to his daughter Rose Richards.

In 1906 the Richards sold the Wagner property to the A. J. Bendle Company, a real estate development firm that created the Highland Park Subdivision. In the process, the Wagner house was moved fifty feet south and ended up being at 1145 N. W. 8 Avenue. Over the years several new additions and layers were added to the original portion of the house. In 1978 construction for a new Metrorail was planned to go through where the house stood, and it risked being demolished. In 1979, the owner of the house donated it to the Dade Heritage Trust preservation organization. The Wagner house was restored and moved to Lummus Park, part of the Lummus Park Historic District. In 2006 the district, including the Wagner house, was added to the National Register of Historic Places. The Wagner house stands in the park along with Fort Dallas; the two buildings are the last surviving structures from Miami’s pioneer days.