The Italian Swiss Colony Building was home to the 19th Century American wine company, Italian Swiss Colony. Originally based in Asti, California, the company was a leading producer of wine at the time. The building itself was designed by Hemenway and Miller and is one of the finest examples of industrial warehouse architecture remaining in the Northern Waterfront. Constructed in 1903, the building survived the 1906 earthquake and was able to avoid taking any damage the ensuing fires. Prior to construction of the Italian Swiss Colony Wine building, the site was occupied by the Flint Peabody Warehouse complex. 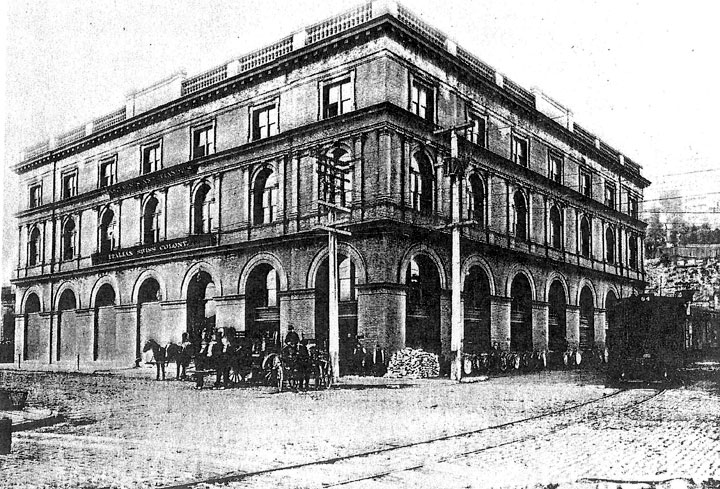 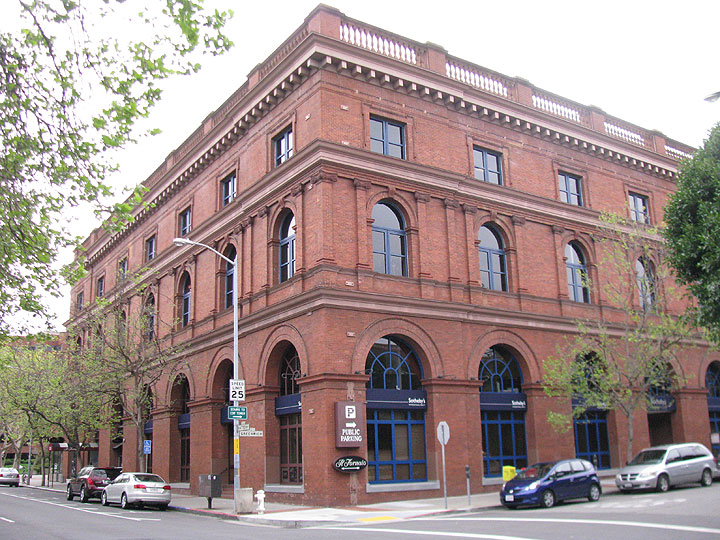 Born in Genoa, Italy, Andrea Sbarboro emigrated to San Francisco in 1839 with his parents at the age of 13. He worked for his brother in a grocery store for twenty years before saving up enough money to open up his own. After the financial collapse of 1873, Andrea founded five mutual loan association and financed over 2,500 homes in the city.

In 1881, he founded the Italian Swiss Agricultural Association, a land-ownership cooperative functionally similar to a mutual savings and loan society. The group would buy land and grow grapes for sale. Investors would receive a percentage of shares with the remaining shares split among the workers, with each worker allowed to purchase between five and 50 shares. Forty sites were inspected before the 1500-acre Truett sheep ranch four miles south of Cloverdale was purchased on November 8, 1881, for $25,000. The new colony was named Asti after the region in northern Italy.

The first grapes did not make it to San Francisco until 1887 due to growing pains and issues with the market. The grape price collapsed and the company decided to build their own winery and start their own production. By 1905, the company's wines were winning medals at various international competitions and by 1910 the company owned over 5,000 acres (20 km2) in various holdings in the Central Valley.

In the early 1980s, the warehouse was incorporated into the new Levi Strauss & Co. World Headquarters complex. The ground floor is leased by a restaurant, a coffee shop, and other ventures open to the public.