Located in the heart of residential Midland, TX, the George W. Bush Childhood Home and Museum is a non-profit museum focusing on life in the 1950s. Dedicated and opened to the public in April of 2006, it stands as one of a very small number of 1950s residential restorations and is the first 1950s historical Presidential home. In addition to being the home of 41st President George H.W. Bush and First Lady Barbara Bush, it was also the home of 43rd President George W. Bush and Presidential candidate and Florida governor Jeb Bush.

Official floorplan of the Home, from the official homepage 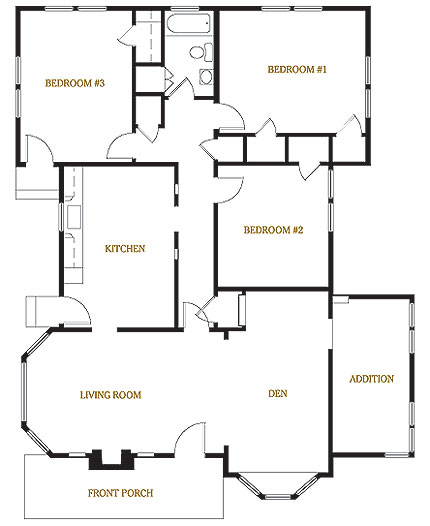 The projected extended layout of the Presidential Home historical site as phase two of restoration continues, sourced from the official website 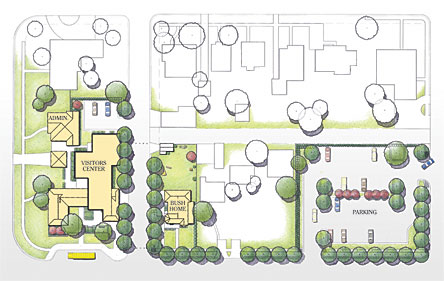 The George W. Bush Childhood Home was inhabited by the Bush family from 1951 through 1955.  It was the first home of Jeb Bush, who was born in Midland in 1953.  During the time the Bushes lived in this home, the town of Midland was undergoing a major industrial boom, with over 215 oil companies having opened up shop in the town by 1950 and more to come in the coming decade.  So many businesses were flooding into the town that it caused a building frenzy in order to house them all.

As a result of the oil industry influx, the years the Bushes lived in Midland were years of prosperity and lasting achievement for the city and its citizens.  Many of the facets of the city, such as Midland Memorial Hospital, opened their doors during the years between 1950 and 1960.  The sudden prosperity of Midland also helped develop its unique culture.  In the words of John Howard Griffin, Midland is “A cosmopolitan city of contrasts, one still sees ranchers and cowboys seated in the lobby of the Scharbaeur hotel alongside oil executives.  One can still hear the coyotes at night and see the jackrabbits and antelopes.  It is the same as it has always been.  One feels the solitary serenity of the plains and an almost tangible kinship with the past.”

The Home now serves as a reminder of these times, as well as a museum dedicated to the lives of “two presidents, two governors, and two first ladies.”  When converted to a museum and historical site, the house had undergone very few changes since the family left in 1956.  The interior of the home and the details of the architecture which had changed were restored during the first phase of restoration.  During the second phase of restoration, a number of nearby homes were purchased and the visitor center and gallery were constructed.  The second phase is ongoing and seeks to recreate the original sense of neighborhood the Bush family experienced in 1950s Midland.  The Home has been maintained in such a way to avoid minimal intrusion of non-period architecture, signage, and appearance.

The Bush Childhood Home. Accessed June 15, 2017. http://www.bushchildhoodhome.com. The homepage of the museum and home