The Dade-Commonwealth Building, also known as the Meyer-Kiser Building, was built in 1925. Its construction came during a downtown building frenzy amidst the Florida Land Boom of the 1920s. The Commercial style building originally had seventeen stories, before a devastating hurricane in 1926 reduced the number to seven. For years some of the building's most prominent tenants were banks, including the Meyer-Kiser Bank of Indianapolis. It received its current name in 1944 when the Dade-Commonwealth Title and Abstract Co. occupied the ground floor. In 2015, the Dade-Commonwealth Building was purchased by a group of investors who plan to rebuild the additional ten stories and convert the structure into a hotel.

The Dade-Commonwealth Building in recent years. Plans have been announced to convert it into a seventeen-story hotel. Image obtained from Flickr. 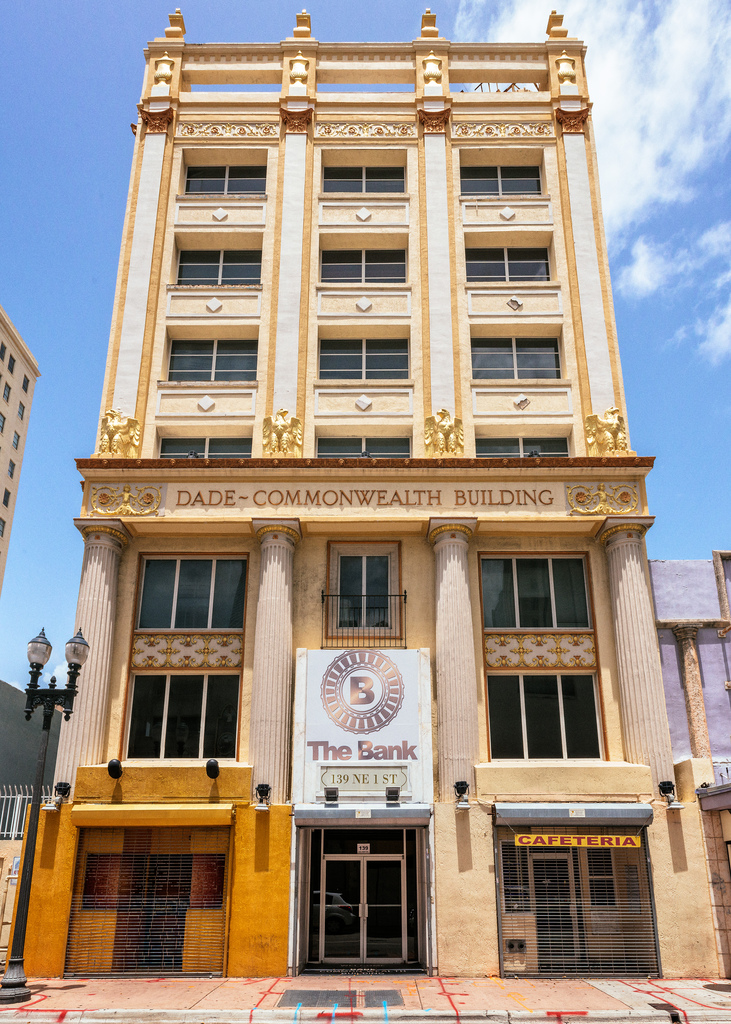 The Dade-Commonwealth Building under construction in 1925. It was one of the earliest skyscrapers to have a steel frame construction. Image obtained from Florida Memory. 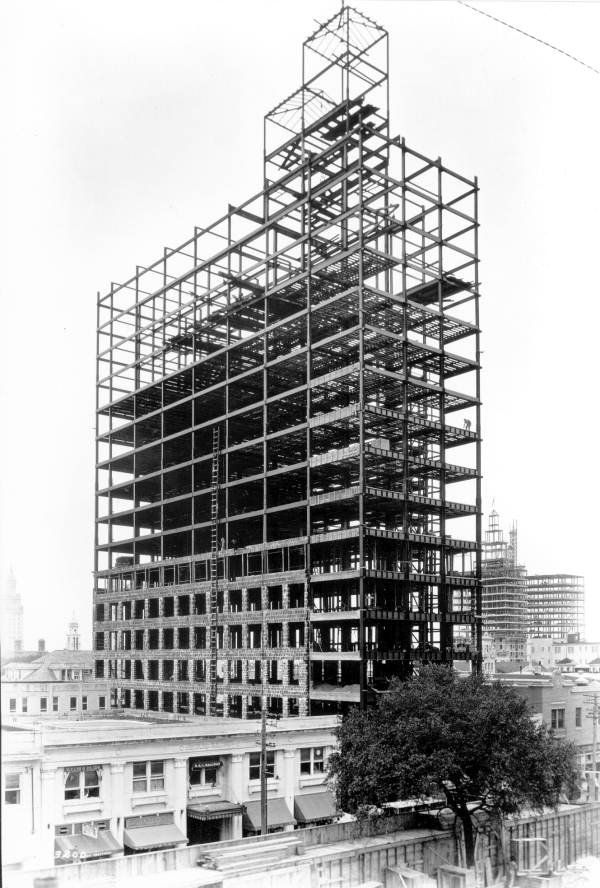 The Miami hurricane of 1926 damaged the building and resulted in the top ten stories being demolished. Image obtained from Florida Memory. 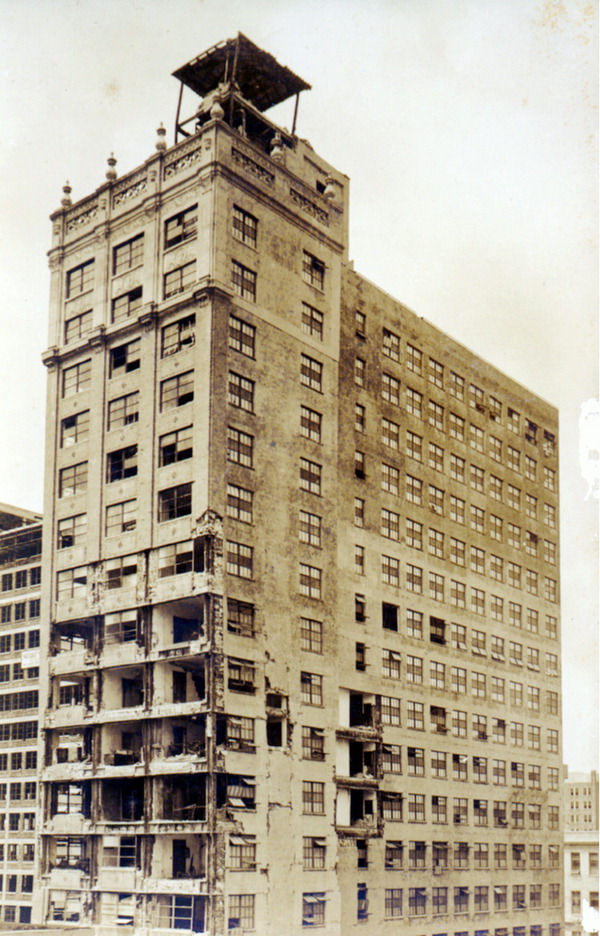 The City of Miami entered a building frenzy during the 1920s, when the Florida Land Boom caused the population to swell and investments to skyrocket. Skyscrapers first came to Miami in 1925, when the city eliminated its ten-story height restriction. Construction of one seventeen-story building was financed by the Meyer-Kiser Bank. The Indianapolis-based bank was founded by cousins Sol Meyer and Sol S. Kiser in 1906. In 1925, they decided to expand to Miami and provided $1,500,000 to build the structure that would be named the Meyer-Kiser Building.

The Meyer-Kiser Building was designed in the Commercial style of architecture by Martin L. Hampton. Hampton was notable for creating multiple structures in Florida and Hollywood such as the Congress Building, the Biltmore Hotel, and the old Miami Beach City Hall. The seventeen-story Meyer-Kiser was one of the earliest skyscrapers to be built with a steel frame. Construction began in 1925 and was completed in December that same year. Less than a year later, on September 18, 1926, Miami was hit by a devastating hurricane. Much of the city was destroyed, while the Meyer-Kiser was badly damaged. Thankfully the building had been insured for wind damage, one of the few in Miami to do so. The building received a $675,000 damage payment, the largest in Florida’s history at the time. The decision was made to only repair the first seven stories and demolish the remaining ten; the hurricane had plunged Miami into an economic tailspin, and seventeen stories were not needed.

The original tenant of the Meyer-Kiser Building was the Meyer-Kiser Bank itself. The bank fell on hard times however, and folded during the stock market crash in 1929. The next major tenant was the American National Bank, which occupied the building in 1936. By 1944 the bank had been absorbed into First National Bank, and the Dade-Commonwealth Title and Abstract Company took its place on the ground floor. It was at this time that the Meyer-Kiser Building was renamed the Dade-Commonwealth Building, the name that continues to be used to this day. Throughout the following years, the building went through a series of tenants and interior renovations. In 2015, the building was purchased for $9.2 million by Dream Downtown LLC, a joint venture between Immocorp Capital and Beekman REIM. The company has announced that it will rebuild the additional ten stories on the Dade-Commonwealth Building, and convert it into a 169-room hotel.