The historic Security Building was constructed in 1926. The sixteen story office structure was constructed on the site of a former hotel by the Dade County Security Corporation. Dade Security was a financial company that flourished during the real estate bubble that developed in Florida during the 1920s. After the company folded the building changed hands a number of times, primarily among banks. In 2015 the Security Building was leased to WeWork, a company that provides shared office spaces. The building is listed on the National Register of Historic Places and has been designated a City of Miami historical site.

The Security Building is one of the more ornamental structures in Miami. Image obtained from Flickr. 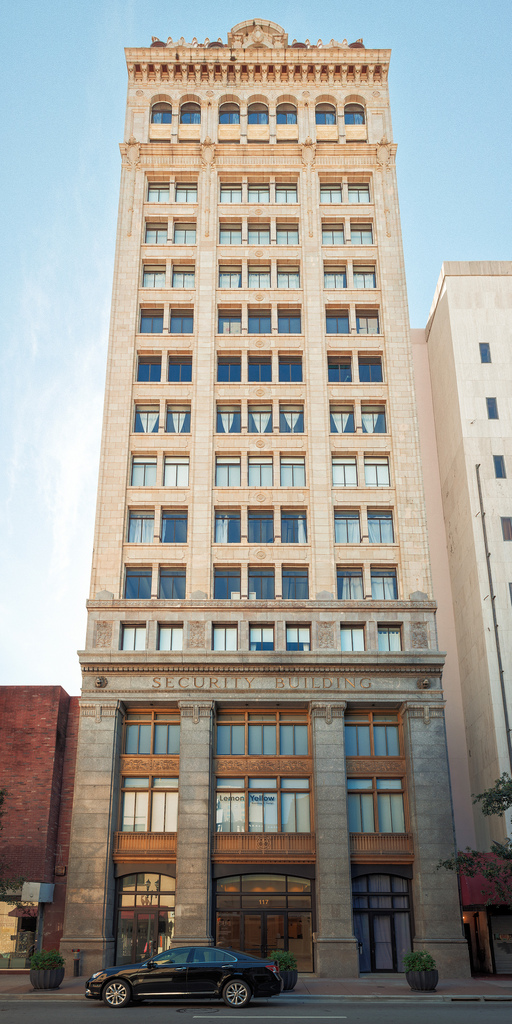 The site of the Security Building was originally occupied by the McKinnon Hotel, later renamed the Security Hotel. Image obtained from Miami-History.com. 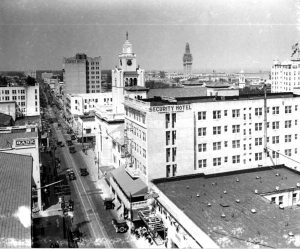 The Security Building is the only building in Miami to have a mansard roof. Image obtained from SkyscraperCity. 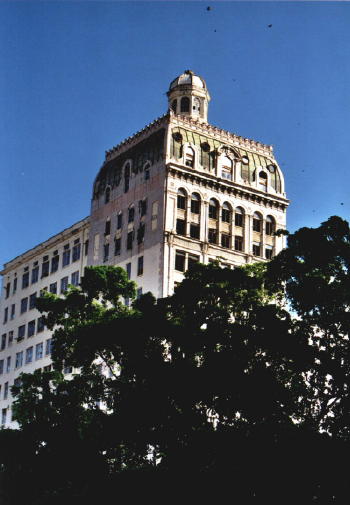 The site of the Security Building was originally occupied by the McKinnon Hotel, which was built in 1919. The seven story hotel was the first building in Miami to have a basement extending below the street level. In 1921 the McKinnon Hotel was sold to the Dade County Security Corporation, which renamed it the Security Hotel. Dade Security was the largest building and loan company in Florida, and one of the most prominent financial businesses in Miami during the first few decades of the twentieth century. It especially flourished during the Florida Land Boom of the 1920s; in 1923 alone the company funded the construction of one thousand homes in the city. In 1925, with the demand for office space in downtown Miami exceeding availability, Dade Security decided to demolish the hotel and construct a sixteen-story office building in its place.

Soon after the Dade County Security Corporation moved into its new building its fortunes began to fade. The end of the Florida Land Boom in the mid-1920s and the stock market crash of 1929 took a significant financial toll on the company, which shuttered in 1935. The Security Building was liquidated and sold at auction in 1940. In 1945, Pan American Bank became the next major tenant in the building. In 1953, the Metropolitan Bank of Miami took its place. In 1962, the Metropolitan Bank was acquired by Capital National Bank, which renamed the structure the Capital Building. Capital National Bank in turn underwent a series of acquisitions, causing the building to continue changing hands. In 1989, the Security Building was added to the National Register of Historic Places. In 2003, it was designated a city historical site, safeguarding the interior and exterior from any major alterations. In 2015, the building was sold once more and leased to WeWork, a shared office space company. Today the company provides office spaces in the Security Building to a variety of small businesses, start-ups, and freelancers.