In order to evade a law that barred prizefighting, Judge Roy Bean held a unique boxing match at this location in 1896. At this time, boxing was outlawed in Texas. At the same time, boxing was popular and illegal bouts were frequent. Bean decided to skirt the law's prohibition by bringing the press and spectators to a sandbar near this marker on Mexico's side of the Rio Grande where Texas authorities had no jurisdiction. The bout was far shorter than most boxing exhibitions in this era. Much to the consternation of spectators that made a long journey to the sandbar, Fitzsimmons knocked out Maher in 95 seconds and won the heavyweight championship while standing on a sandbar on the border between two nations.

The fight took place within this makeshift arena on a sandbar near this historic marker which was dedicated in 2006. 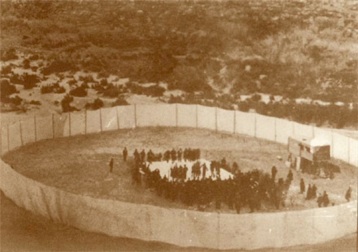 To learn more about the history of boxing and the Progressive's campaign against the sport, consider this book from the University of Washington Press. 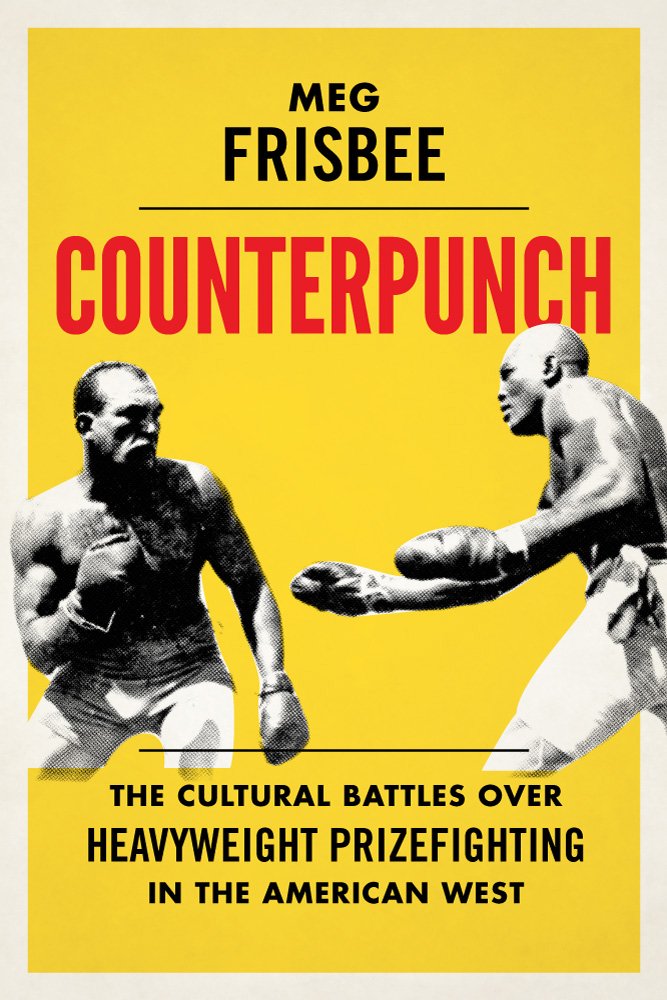 Texas lawmakers decided to ban boxing in 1895, a time when many other western states enacted similar prohibitions on the sport following organized efforts of progressive reformers. Prior to the law, promoters were working to arrange a bout between Bob Fitzimmons and the reigning heavyweight champion, James J. Corbett. Dallas promotor, Dan Stuart, had secured terms but the new Texas law made a high-profile and organized bout difficult. In the meantime, Peter Maher was a rising heavyweight fighter who just knocked out James J. Corbett's sparring partner, the soon-to-be-famous boxer John L. Sullivan. After this bout, Corbett decided to give up boxing and named Peter Maher his successor. At that time, it looked like the fight between Fitzsimmons and Corbett was officially off.

Bob Fitzimmons vowed to fight Maher and rightfully win the heavyweight championship but he needed to find a way around the boxing ban. The press and others suggested a number of outlandish venues, including fighting in the basket of a hot air balloon. Judge Roy Bean recognized the buzz as an opportunity to stage a fight the world would never forget. Bean told the press and spectators to meet him at the rail station in El Paso for a train to Langtry, Texas, a small town on the border of Mexico. The fight was to take place on a sandbar on the Mexican side of the Rio Grande. Workers constructed a makeshift bridge for the spectators along with an canvas arena. The spectacle did not last long. Bob Fitzsimmons knocked Maher out in 95 seconds, capturing the heavyweight championship of the world in one of the oddest boxing fights in history.