The Plymouth Cordage Company is dedicated to the industrialized rope-making history of the Town of Plymouth. Bourne Spooner established the company in 1824. It quickly became the world’s largest manufacturer of rope and twine. The company operated in its waterfront factory until it closed and was sold to the Columbian Rope Company in the mid-1960s. Today, it is maintained as a museum by the Plymouth Cordage Historical Society. 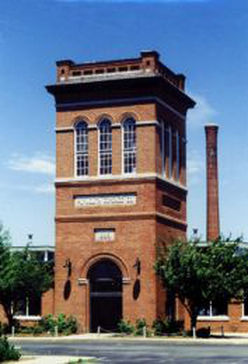 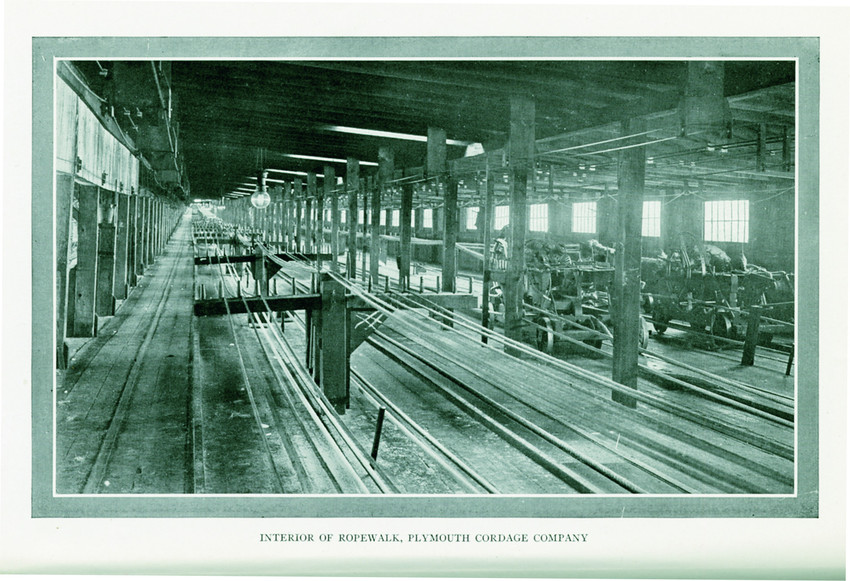 Mr. Bourne Spooner was born into a wealthy, reputable family in Plymouth, Massachusetts.  He left the town as a young man and headed to the City of New Orleans.  There, he learned the ropemaking trade.  Soon after, he returned from New Orleans and opened the Plymouth Cordage Company in 1824 on the waterfront. He built his factory on the site of an abandoned grist mill about two miles from where Plymouth Rock sits today. Spooner’s plant specialized in crafting the ship-rigging used on many of the boats anchored in the Plymouth Harbor, among others.  It was even chosen to make the rope used to update the rigging on the USS Constitution at the beginning of the twentieth century. By the end of the nineteenth century, his company had grown to be the largest rope and twine-making factory in the world.

The Plymouth Cordage Company was also the town’s largest employer for over a century.  The company’s management recruited workers from all over the world by offering to pay their fares across the ocean as well as to set them up with housing.  The first worker under this plan arrived from Ireland in 1830.  He was followed by other men and women from Europe, including German, Italian, Portuguese and more Irish workers.  In 1899, the company started an “Industrial Welfare” plan.  This was a program through which they intended to provide housing to their workers, as well as full health benefits and educational programs for children (i.e. kindergarten).  The company also provided educational programs to the workers, since their base was made up mostly of immigrants due to their recruiting programs.  However, the company also established the Loring Reading Room, which was a space for the workers to read books written in their native languages and to continue their family’s traditions in peace.  The program’s intention was to keep their workers happy, for management believed that happy workers were more productive and they would stay with the company for longer periods.  Of course, no factory at this time was immune from striking workers.  Labor strikes still occurred at the Plymouth Cordage Company in 1831-1832 and then again in 1916.  The 1916 strike was held because workers felt that their wages were not keeping up with the increased costs of goods brought on by the war in Europe.

In 1964, the Plymouth Cordage Company went out of business due to a hostile takeover by the Emhart Corporation. The company had paid cash for all of its production material and had no debt whatsoever.  The factory was sold to the Columbia Rope Company in 1965. In 1980, the Plymouth Cordage Historical Society renovated a portion of the factory and turned it into a small museum filled with various archives and artifacts from the factory and its workers.  The Museum can be accessed through the tower entrance. Much of the remaining space in the factory has been converted into offices, retail, and restaurants.