This Lake Placid winter sports complex hosted the 1932 and the 1980 Winter Olympics. The complex includes facilities for speed skating and other sporting events as well as the opening ceremonies. The complex includes Jack Shea Arena. Constructed for the 1932 games this is the first indoor arena and is currently used for a variety of events. Lake Placid is best-known for hosting the 1980 "Miracle on Ice" hockey match between the United States and the Soviet Union. The current hockey arena is named in honor of Herb Brooks, the coach of that 1980 American team.

1980 US hockey team celebrating with their gold medals 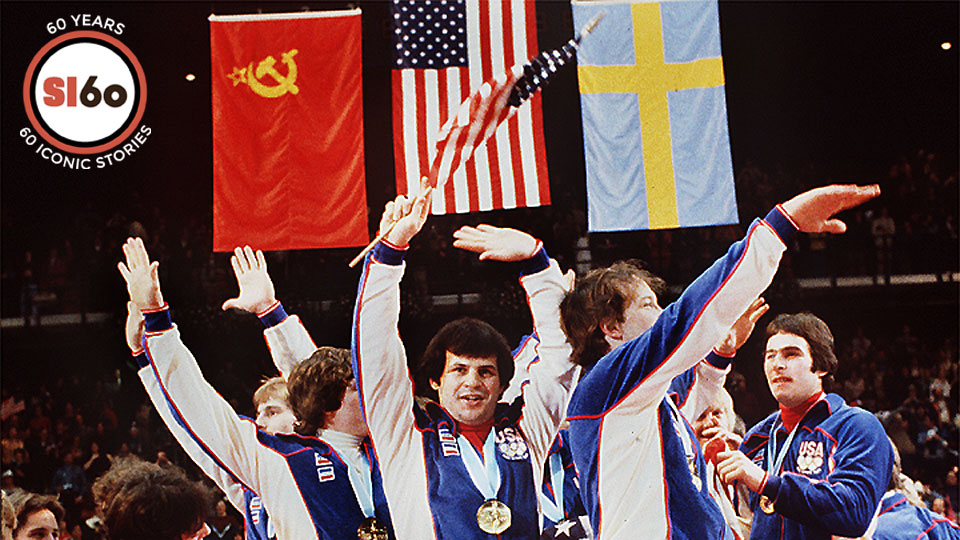 1980 US hockey team celebrating the victory over the USSR 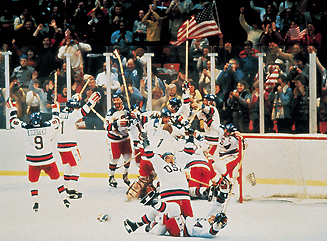 In addition to commemorating the history of the 1980 Olympic Winter Games, the Lake Placid Olympic Center includes a variety of exhibits related to the cultural history of the Cold War and the significance of international competition during this era. During the Lake Placid Olympic Games, the United States defeated the Russians for the first time in twenty years. This game changed how Americans viewed the hockey and reflected the sociopolitical climate of the Cold War.

The week before the Olympic Games started the USSR and US staged an exhibition game and the US lost 10-3, further reinforcing that the Soviets were favorites to win gold.
When the games started the US quickly trailed the Czech team, but pulled out a 7-3 victory. The path to the gold medal was Norway (5-1 W), Rumania (7-2 W), West Germany (4-2 W), Soviet Union (4-3 W) and Finland (4-2).The semifinal round against the USSR is where history was made. With less than 10 minutes in the game, the US scored their fourth goal that would win the game for them and inspire the phrase "Do you believe in miracles?"

American coach Herb Brooks changed the way hockey was played in the United States with the victory. His coaching strategy emphasized conditioning and combining the Canadian and European styles of hockey. More significantly, the US winning the gold medal on home soil also caused a marked increase in American interest in hockey. This game also changed American morale at the height of the Cold War where international tensions were incredibly high between the US and the USSR.