This statue located near Gate 12 at Kentucky Commonwealth Stadium (Kroger Field) commemorates Nate Northington, Greg Page, Wilbur Hackett, and Houston Hogg, the first African Americans to play football for the University of Kentucky. These four men became the first to break the color barriers in college football's Southeastern Conference (SEC) in 1967. This statue can be found in the plaza outside of Gate 12 and features the four players with placards that outline their careers. 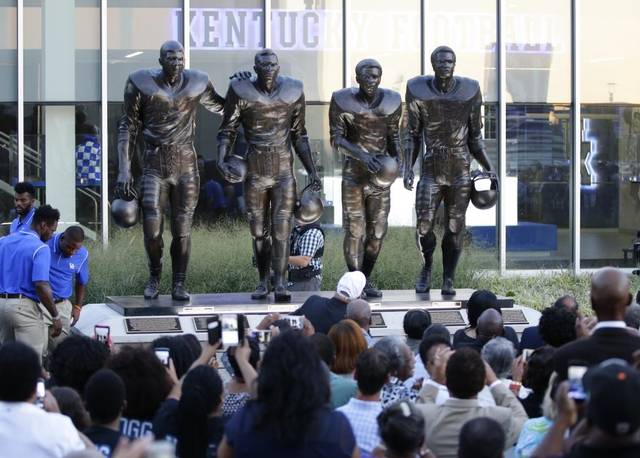 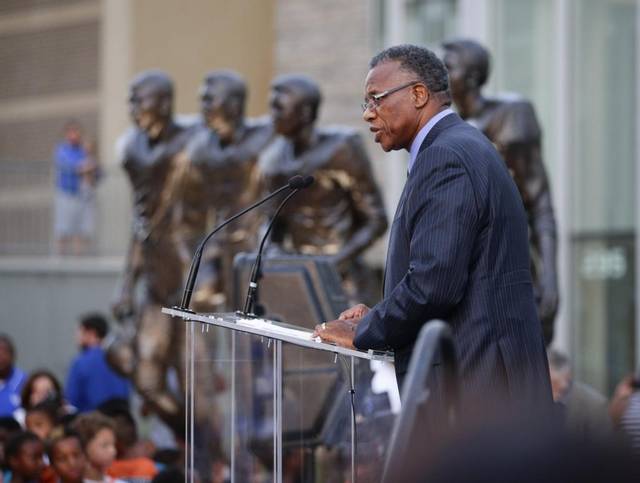 This poster for the 2016 UK football schedule commemorates the four players. 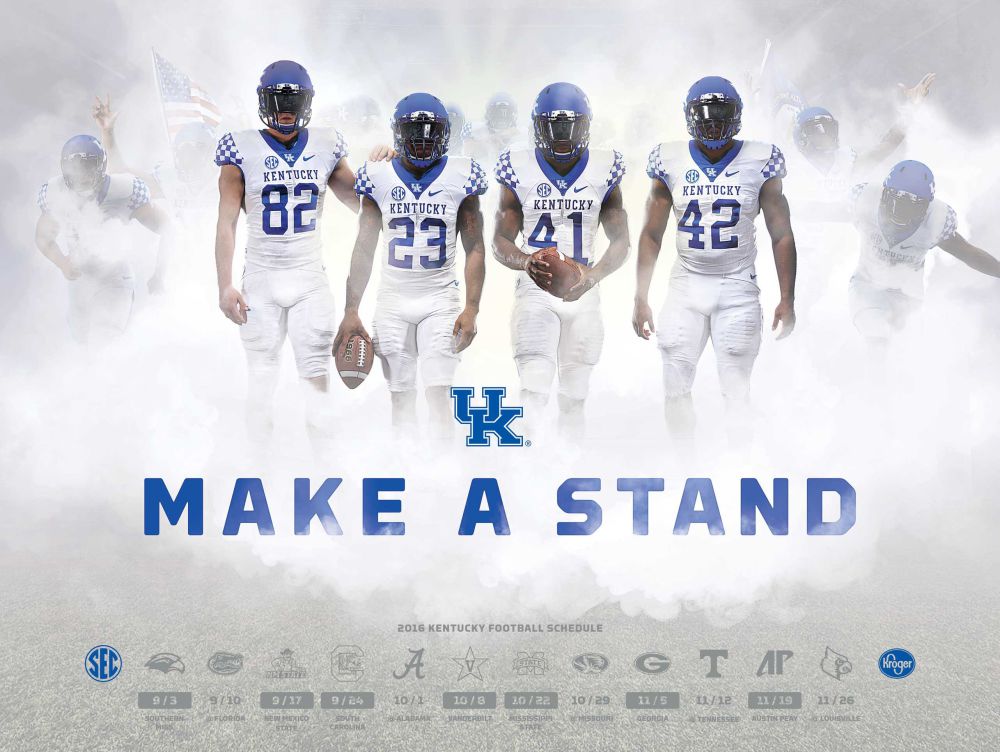 Greg Page same to UK at the same time that Northington did in 1966. Page was from Middlesboro and was an extremely close friend to Northington.  This was only strengthened by being the only two African-American players on the team. Unfortunately, the night before he was supposed to take the field, Page passed away after succumbing to injuries that occurred in practice.

Wilbur Hackett, also from Louisville, made history two years later in 1969 when he became the first Black team captain in SEC history in any sport. In 1970, Houston Hogg would join Hacket. They would go on to be the first Black athletes to complete their eligibility in a major team sport in the UK. The statue is two commemorate these four men who were all a part of firsts for the SEC and UK.