An apartment building today, the Davis Building is one of the city's most important buildings. Built in 1926, it was designed by architect C.D. Hill in the Classical Revival style. Perhaps its most interesting feature is the large cupola on the roof, which can be easily seen from the rooftop pool area. Until 1954, the building was the headquarters of the Republic National Bank and as such remains a key symbol of the city's prominent and powerful banking industry. The west portion was an extension built in 1931. Other businesses and organizations were located here as well including insurance companies, the Texas baseball league, Coca-Cola, and Texas Instruments, which got its start here. The building, which is named after Wirt Davis, one of the bank's former chairmans, was added to the National Register of Historic Places in 2005.

The Davis Building was built in 1926 and extended in 1931. It was converted to an apartment residence in 2003. 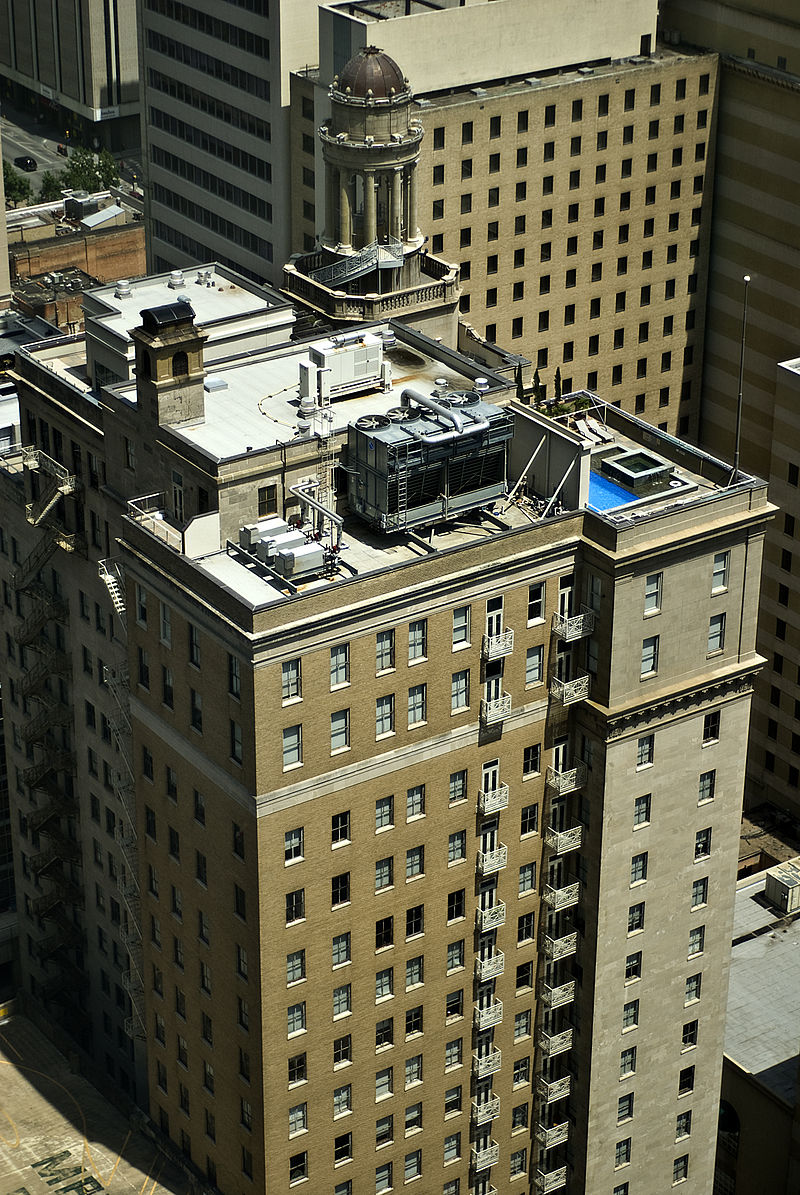 When the extension was constructed, the building became the largest office building in Texas. It remained a prominent structure after the bank left (a new building was constructed) until the 1970s when occupancy reached a low of 30%. Revitalization plans in 1983 and 1993 failed to come to fruition. However, plans in 1997 did proceed and the building opened as apartment residence in 2003.