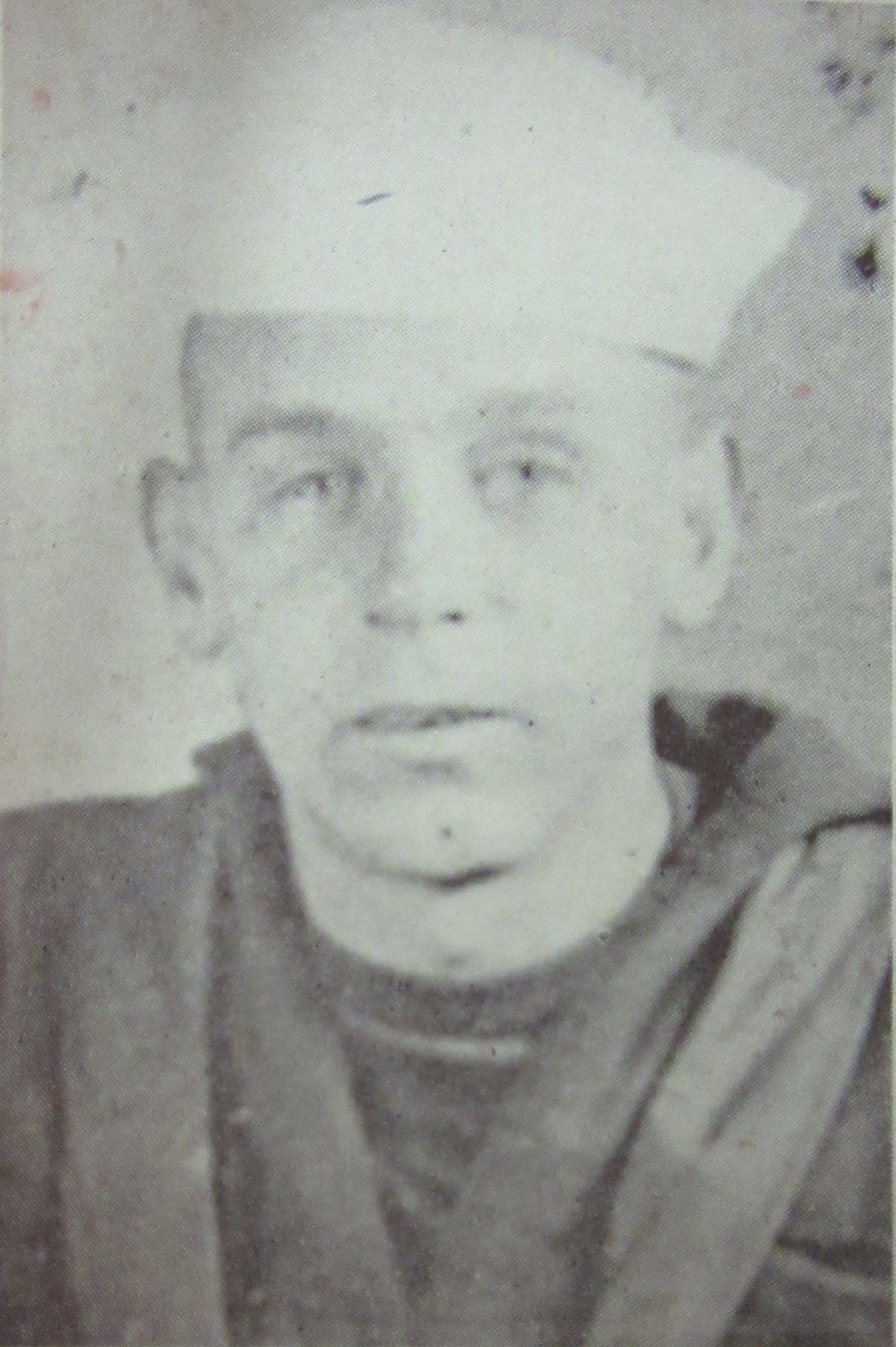 Clifford L. Crawford was born on December 7th, 1892, in Huntington to Robert C. and Lydia Belle Crawford. In 1917, he lived at 839 Findlay Street, Cincinnati, Ohio, worked as a machinist helper at Bickett Machine Company, and had 2 years of service as a Seaman in the Navy. He entered service in the Navy on June 30th, 1917, at the Cincinnati Recruiting Station and was assigned as a Seaman 2nd Class, serial number 105-46-01, to the Receiving Ship at Norfolk, Virginia, until August 24th. He was assigned to the collier (coal carrier) USS Cyclops, which served around the east coast plus took a trip to Nova Scotia, until January 8th 1918, when she left Norfolk with 9,960 tons of coal. She fueled British ships in the South Atlantic, docked at Rio de Janeiro, Brazil, on January 28th, and left on February 16th, 1918, with 10,800 tons of manganese ore. She docked at Bahia, Brazil, and made an unscheduled loading stop at Barbados, leaving on March 4th, 1918. She was scheduled to arrive in the United States on March 13th. However, after leaving Barbados, she was never heard from again. The families were notified of the crewmembers’ disappearance:

WAS MEMBER OF CREW OF LOST MYSTERY SHIP

L.W. Self, Uncle of Lost Youth, Receives News That Nephew Was Member of Crew

L.W. Self, a well known Ohio Valley Electric railway trainman has received information to the effect that his nephew, Clifford Crawford, was among the crew of the ill-fated Cyclops, the collier which disappeared mysteriously late in March, and of whose fate nothing has been heard.

Young Crawford was born in Huntington, his father being Robert Crawford, a former Huntington employee of the C&O railway, who lost his life in an accident at Covington, Ky.

The Navy officially declared the ship missing two weeks after this article, on June 14th, 1918.

Many theories have been offered to explain the Cyclops’s evidence-less disappearance, which most likely occurred in the famed Bermuda Triangle. It was discovered that the captain, George Worley, was actually Johann Wichmann of Germany, and that there might have been a near-mutiny by the crew. These discoveries led to conclusions of a failed mutiny or even of the ship sailing to Germany.

Another ship, the tanker Amolco, reported sighting her on March 9th, the day before some rough weather off of Virginia. However, the reported sighting does not fit with the ship’s speed, and the captain of the Amolco later denied it.

U-boats were originally considered, but the Germans never claimed what would have been a grand prize. After the war, no German records mentioned a U-Boat even in the vicinity.

Many strange incidents, as well as incompetence or insanity, have been reported about the captain, but the most logical conclusions rest on the fact that the ship reported one unseaworthy engine while in Rio de Janeiro and that the ship’s crew was unexperienced in carrying ore. Manganese ore is much denser than coal, so it seems likely that the ship was overloaded (especially after the refueling stop in Barbados) and improperly “trimmed” (the load was likely to shift). More likely than not, a combination of all of these factors, possibly topped off by one freak wave, caused the ship to suddenly capsize.

Crawford is still regarded as Missing in Action.