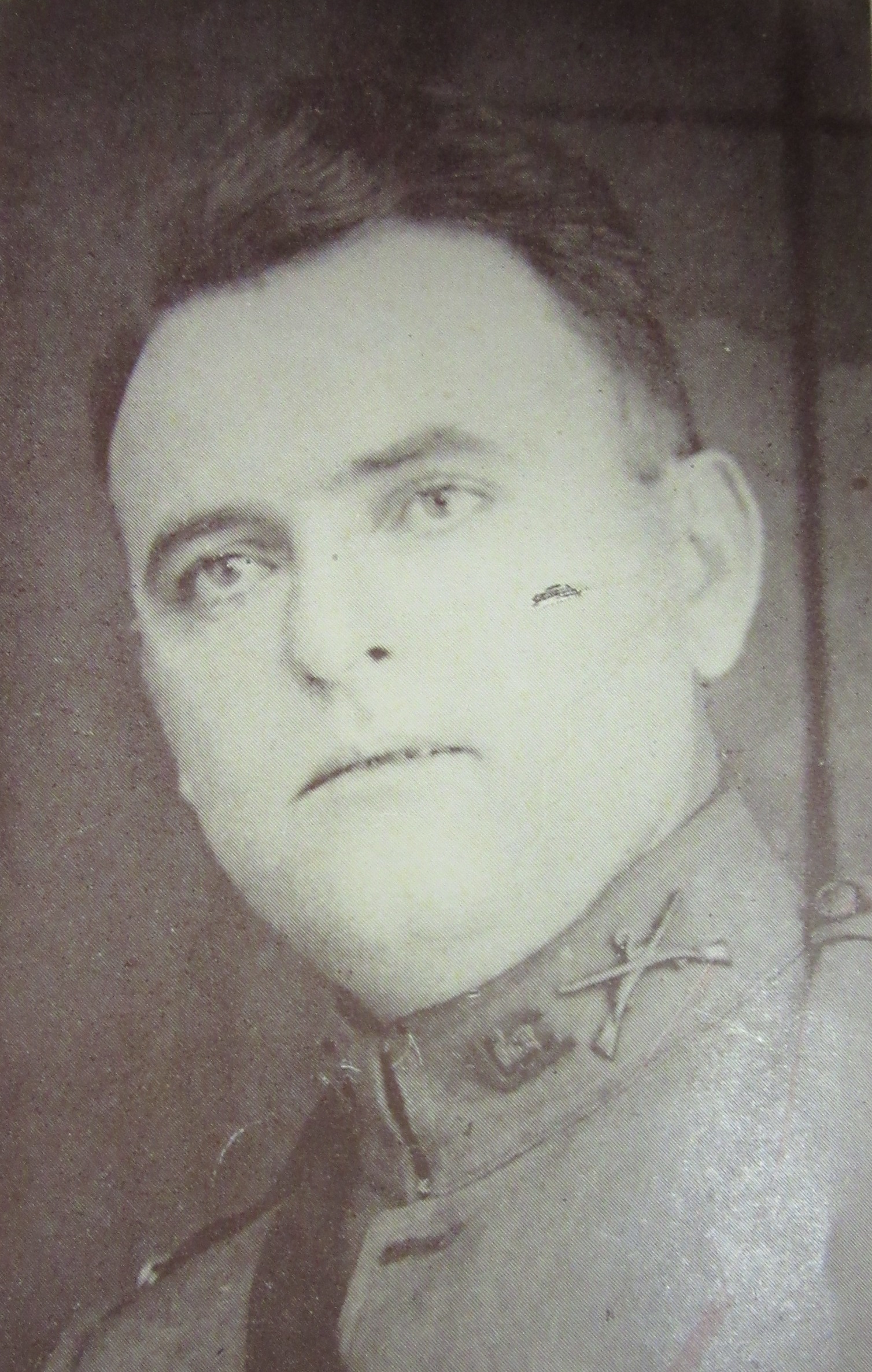 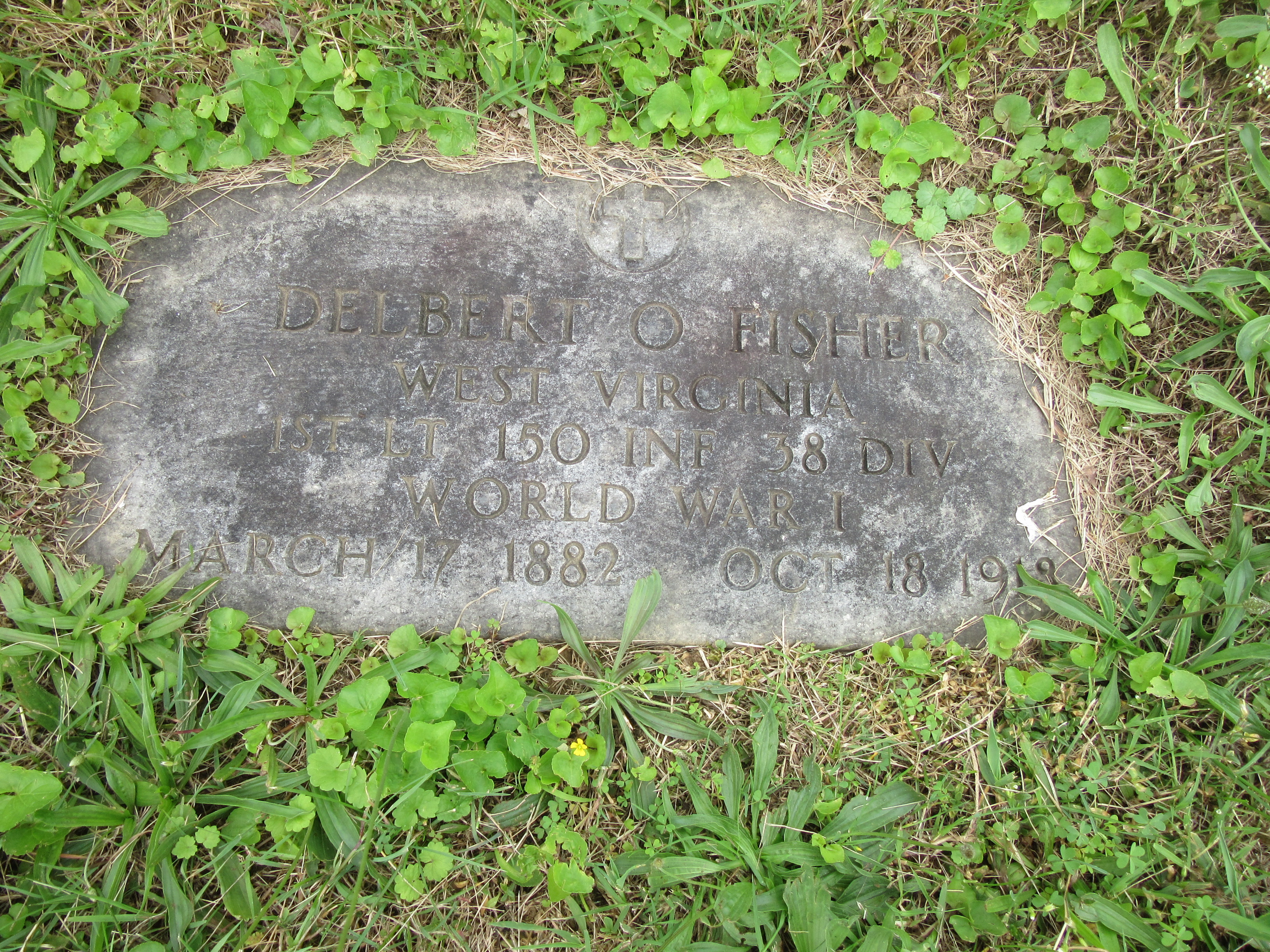 Delbert O. Fisher was born on March 17th, 1882, in Goldtown, Jackson County, West Virginia, to James L. and Alice Fisher. He enlisted in the US Army on May 5th, 1904, and was honorably discharged on May 4th, 1907, as a Private in Company G of the 27th Infantry. He enlisted again on December 8th, 1908, and was honorably discharged on April 26th, 1911, as a Private in Company H of the 39th Infantry. He lived at 252 West 6th Avenue, Huntington, and married Mary (Pack) Fisher on September 13th, 1913. He enlisted again on June 18th, 1915, and was assigned as a Second Lieutenant to Company H of the 2nd West Virginia Infantry. He was promoted to First Lieutenant and assigned to Mexican border service on July 2nd, 1916. He was mustered out of the 2nd West Virginia Infantry on March 24th, 1917, and mustered into Company H of the 150th Infantry Regiment, 75th Infantry Brigade, 38th Division, US Army, on April 2nd, 1917. He sailed for France from New York City on the CITY OF EXETER on October 6th, 1918. He caught pneumonia and died in Manchester, England, on October 8th, 1918. The news of his tragic fate arrived just in time to sadden his friends’ and family’s victory celebrations:

SOLDIER BOYS DIE OVER THERE FROM PNEUMONIA…

It was not all joyousness in Huntington on the occasion of the celebration of the ending of the war, foe there were many to sorrow for boys who laid down their lives over there….

The gallant 150th infantry was destined never to reach France in time for actual participation in the war with Germany, but one of its officers has laid down his life in England, where he died on October 18 of pneumonia. This was Lieutenant Delbert Fisher, of Company H, for 18 years a resident of Huntington, and well and favorably liked.

His survived by his widow, residing here, his father, J.L. Fisher, of Nitro, and two sisters, Mrs. Minnie Fisher and Mrs. Ray Jenkins, of Thirteenth street.