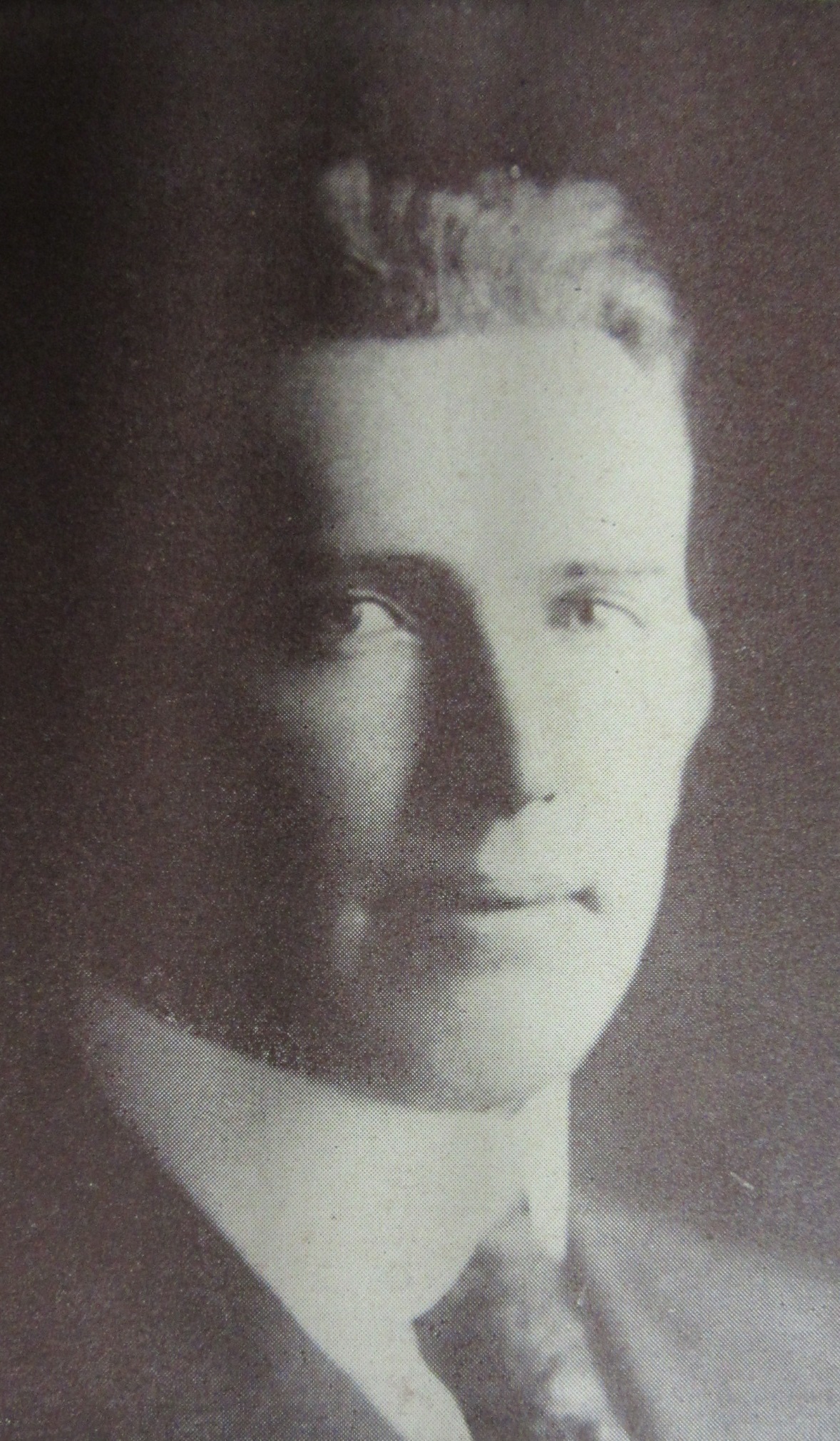 Claude Vivian Mankin was born on June 25th, 1890, at Cedar Grove, West Virginia, to John and Bette Mankin. He lived at Mount Hope, West Virginia, worked in insurance, and was married to Carrie (Hiliday) Mankin. He entered service at Fort Thomas, Kentucky, on December 14th, 1917, and was assigned as a Private, serial number 1269914, to the 1337th Company of the Casual Detachment, Signal Corps at Camp Hancock, Georgia. He was transferred on February 25th, 1918, to Casual Company No. 3 of the Motor Mechanic, Signal Corps, and then on April 18th, 1918, to the 20th Company of the 3rd Regiment of Motor Mechanics, Signal Corps – Aviation Section, US Army. He was promoted to Sergeant First Class on April 25th, 1918, and sailed for France from Hoboken, New Jersey, on the ORIZABA on July 9th, 1918. He died of wounds received in action on July 28th, 1918, in France.

Joined Aviation Section Early in War and Dies of Wounds Received in Action.

Word has just reached friends here of the death of Sergeant Claud [sic] V. Mankin in France on July 28th. Mr. Mankin enlisted in the aviation corps of the U.S. Army in the latter part of 1917 and received his training at Camp Hancock, Augusta, Ga. He sailed for France on July 5th. Mankin died of wounds received in action.

The young soldier was formerly connected with the Prudential Insurance Co. in this city and was held in high esteem by his employers, receiving quick promotion for his efficiency in the work. He was a man of strong principles and his ideals ranked as high as the great cause for which he sacrificed all.

Shortly after he enlisted he married Miss Carrie Hilliday of Beckley, W.Va. Besides her he leaves parents, two sisters and four brothers, one of whom is now in training at Camp Lee, Petersburg, Va.

He was first buried in an American Cemetery but his remains were sent home from St. Nazaire on the POCAHANTAS on October 1st, 1920. They arrived in Hoboken, New Jersey, on October 18th and he was buried in Arlington National Cemetery. As he was an Elk, he was honored at their memorial service:

It Will Honor Ninety-seven Members In Service In Addition to Eighty-One Deceased.

Program Completed for Exercises to be Held In Lodge Room Sunday Afternoon at 2:30

While the annual memorial service of Huntington Lodge, No. 313, B.P.O. Elks, will be more simply conducted this year than formerly, the occasion will bring its greatest significance to the members of this order. The day is to have a double meaning; in addition to being a memorial to the “absent brothers,” it will take account of those others who went out from the fraternity to answer the call of their country.