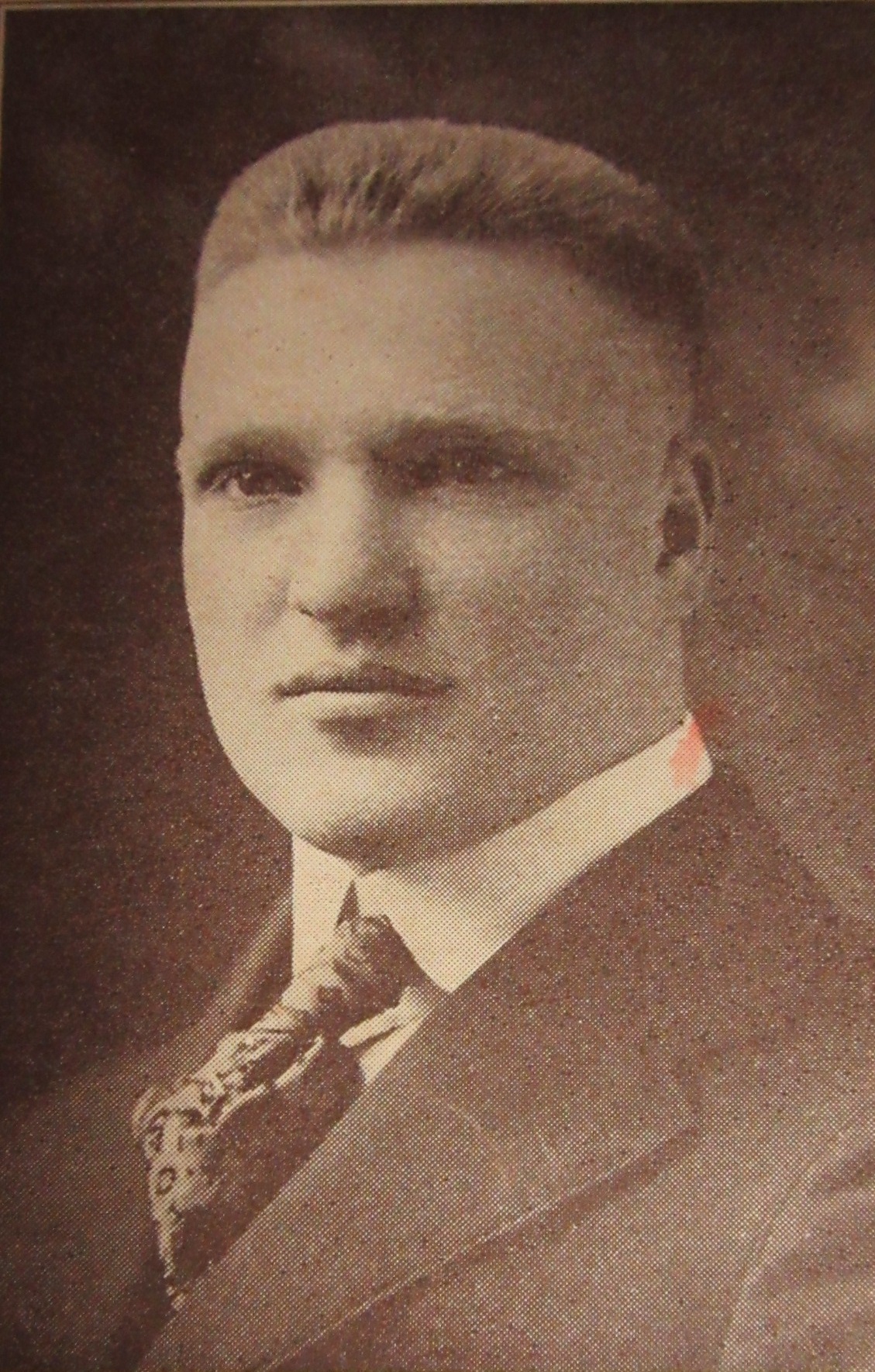 Halsey Gordon Notter was born on August 17th, 1900, in Huntington, to Oscar and Effia Notter. He graduated from Huntington High School in June 1918 and, on September 12th, 1918, lived at 2227 9th Avenue, Huntington, and worked as a car repair helper for C&O Railroad. He entered service in the Students’ Army Training Corps at Western Reserve University, Cleveland, Ohio, on October 2nd, 1918. This program trained college students to be soldiers. He was a Private, serial number 5252432, and was not yet assigned to any department when he died of peritonitis on October 21st, 1918, at Western Reserve.

Halsey Gordon Notter, 18, died of Spanish influenza Monday at a soldier’s training camp in Cleveland. The father, Oscar Notter, was with the son when the end came, having gone in response to a message received a week ago last Friday. He had been in camp six weeks. Mr. Notter graduated last June from Huntington high school, where he received high scholastic honors. His personality was such that made him many friends who greatly admired him. For a short time he worked at the Red Cross drug store.

Oscar Notter will arrive in the city with his son’s body Tuesday evening or Wednesday morning. The remains will be taken to his late home, 2229 Ninth avenue.

He was buried in Huntington’s Spring Hill Cemetery. As an alumnus, he was honored at Huntington High School’s memorial service:

…Miss Mae Yoho said the class of ’18 was proud beyond expression of Halsey Notter, one of the glorious company that had given up their lives for humanity. Notter has answered the final roll call, but his sacrifice in freedom’s cause has caused his star of blue to be changed to gold.

“You remember him, only last year, a pleasant companionable fellow?” We can rest assured it was just the same when the call came to pass over. His classmates wrote of him last year “he is a No. 1” and so he was a No. 1. Halsey was a member of the S.A.T.C. at Case University in Cleveland when he succumbed to influenza.

Halsey was one of the kind of boys that makes you feel better after talking to him. Ever kind, thoughtful and generous he was a favorite with everyone.

He fell for the cause of mankind just as truly as anyone of the millions who have passed over. Halsey, Huntington High is proud of you.