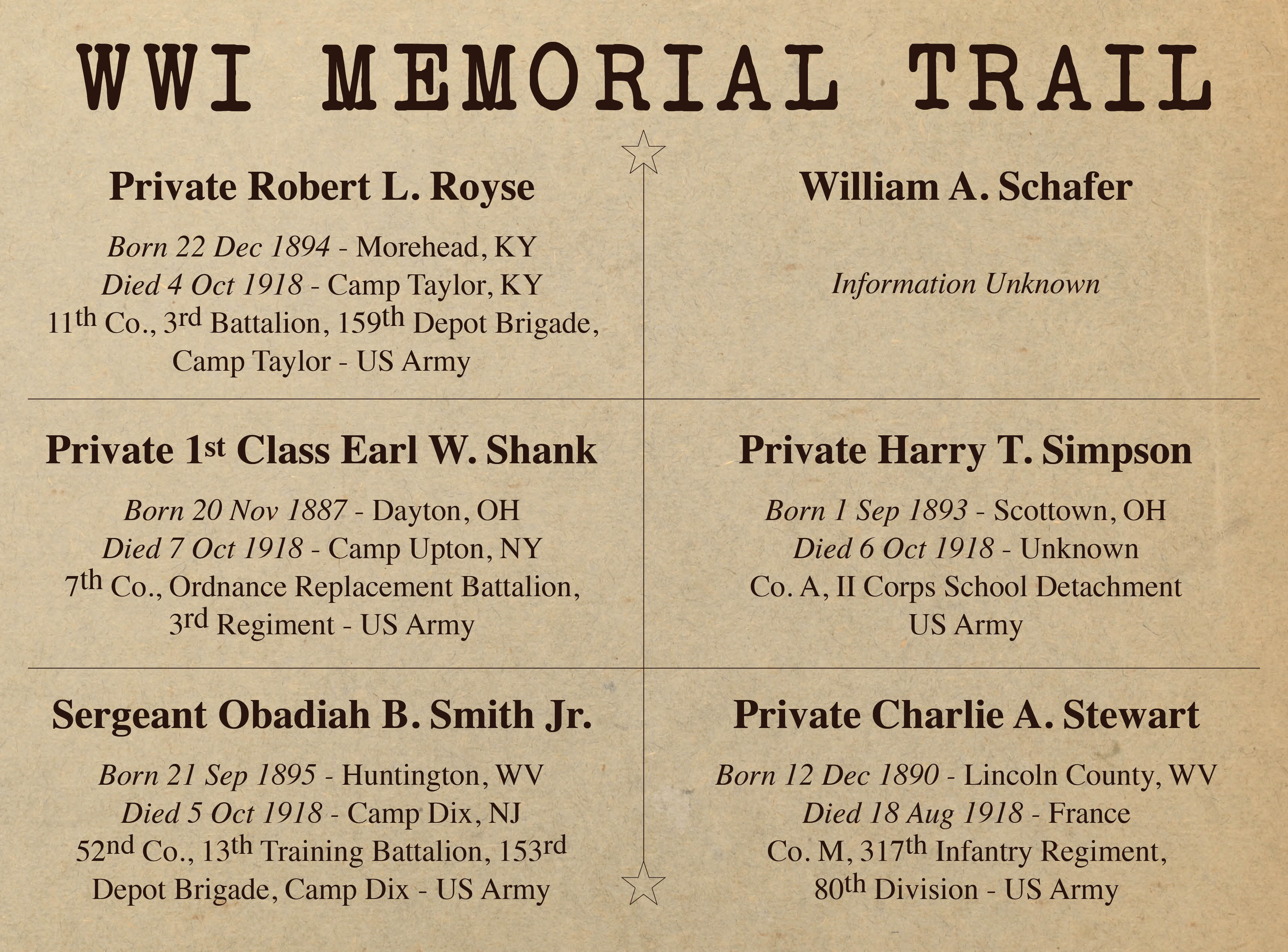 Robert Lee Royse was born on December 22nd, 1894, in Morehead, Kentucky. He lived in Morehead and worked as a farm laborer. He was inducted into service on August 30th, 1918, and sent to Camp Zachary Taylor, Kentucky. He was assigned as a Private to the 11th Company of the 3rd Training Battalion, 159th Depot Brigade at Camp Taylor. He died of pneumonia on October 4th, 1918, at Camp Taylor. He was buried in Morehead’s Baldridge Cemetery #2.