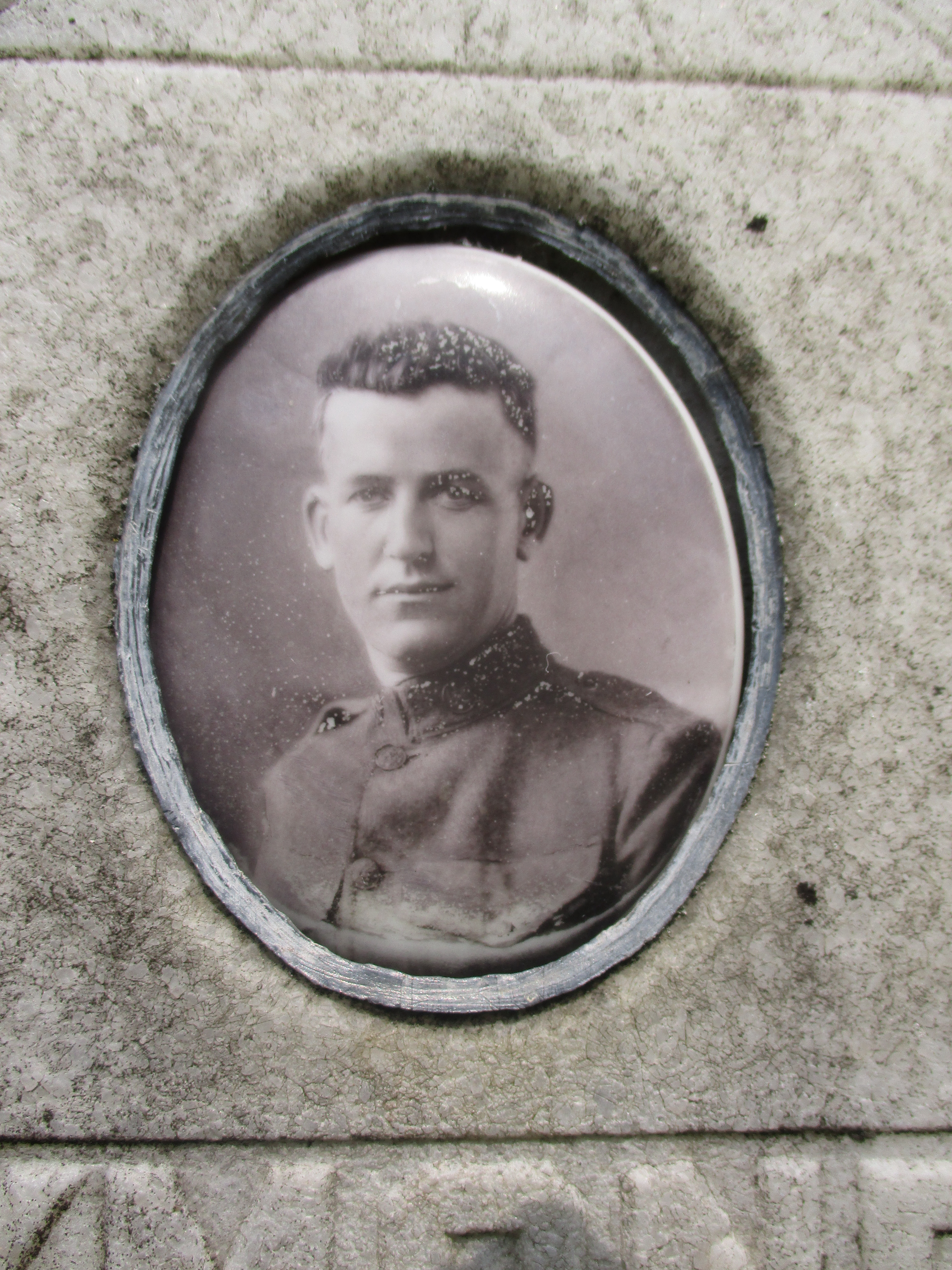 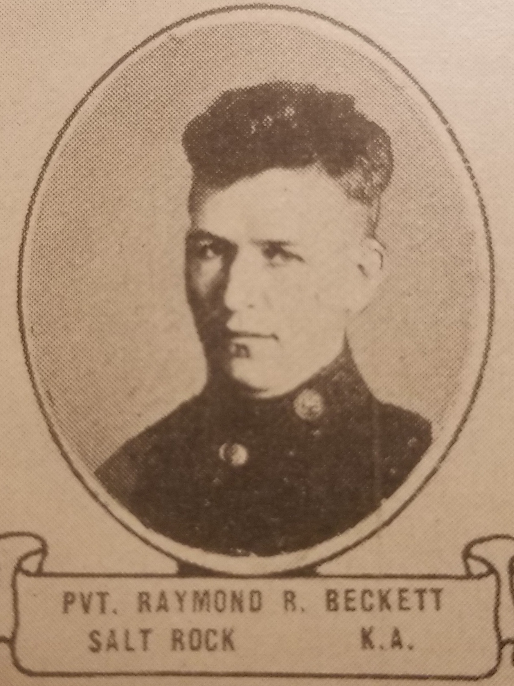 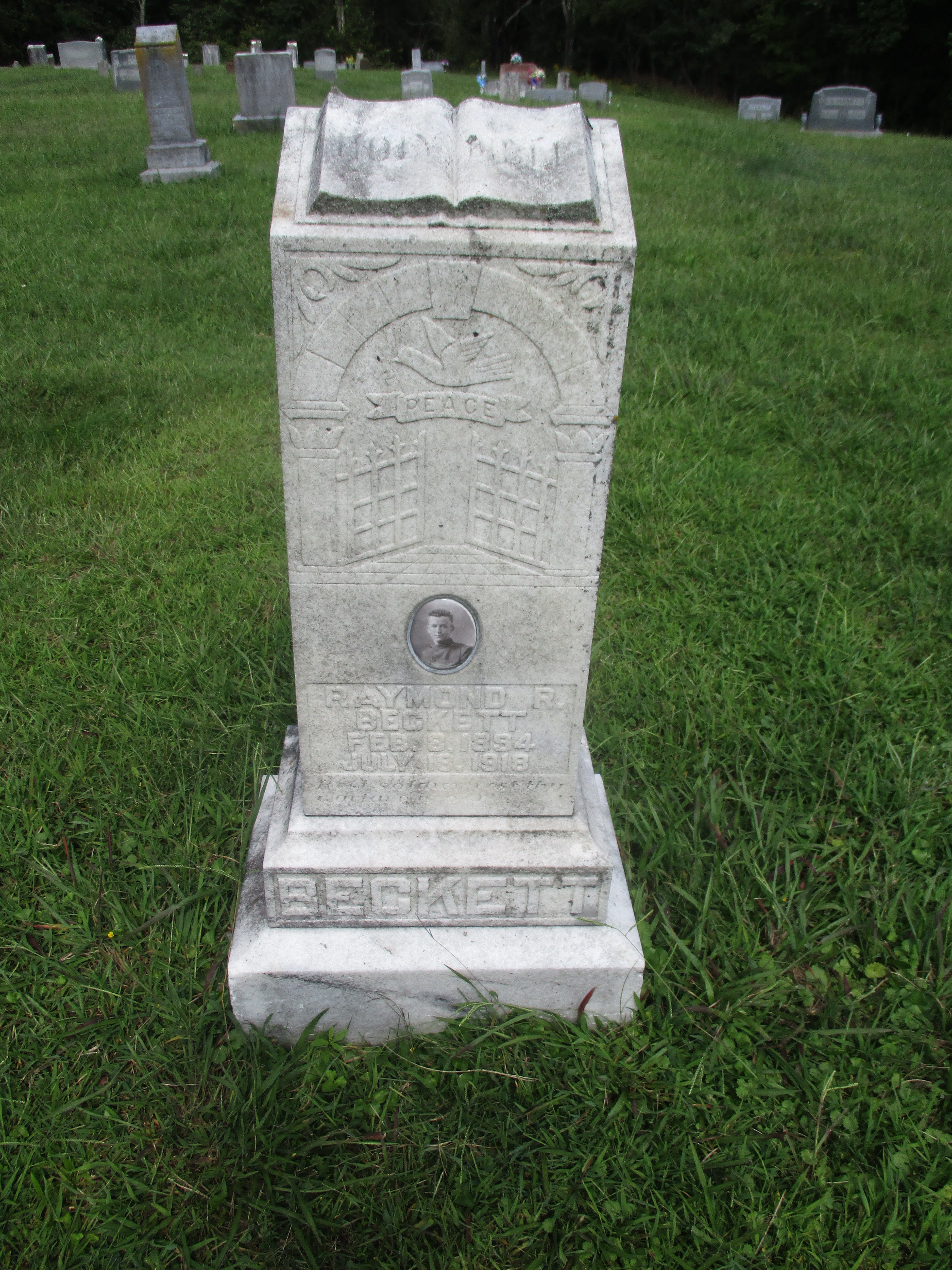 Raymond Ray Beckett was born on February 8th, 1893, in Salt Rock, Cabell County, to Frank M. and Martha Beckett. He lived in Salt Rock and worked as a C&O Railroad laborer. He entered service on October 5th, 1917, and became a Private, serial number 1559893, in Company H of the 28th Infantry Regiment, 2nd Infantry Brigade, 1st Division, US Army. He was killed in action on July 19th, 1918, in Soissons, France. His remains were shipped home from Antwerp on the USAT SOMME on April 22nd, 1921, and arrived in Hoboken, New Jersey, on May 6th, 1921. He was buried in Salt Rock’s Enon Cemetery. He was honored on the First Division Memorial at Buzancy, France.