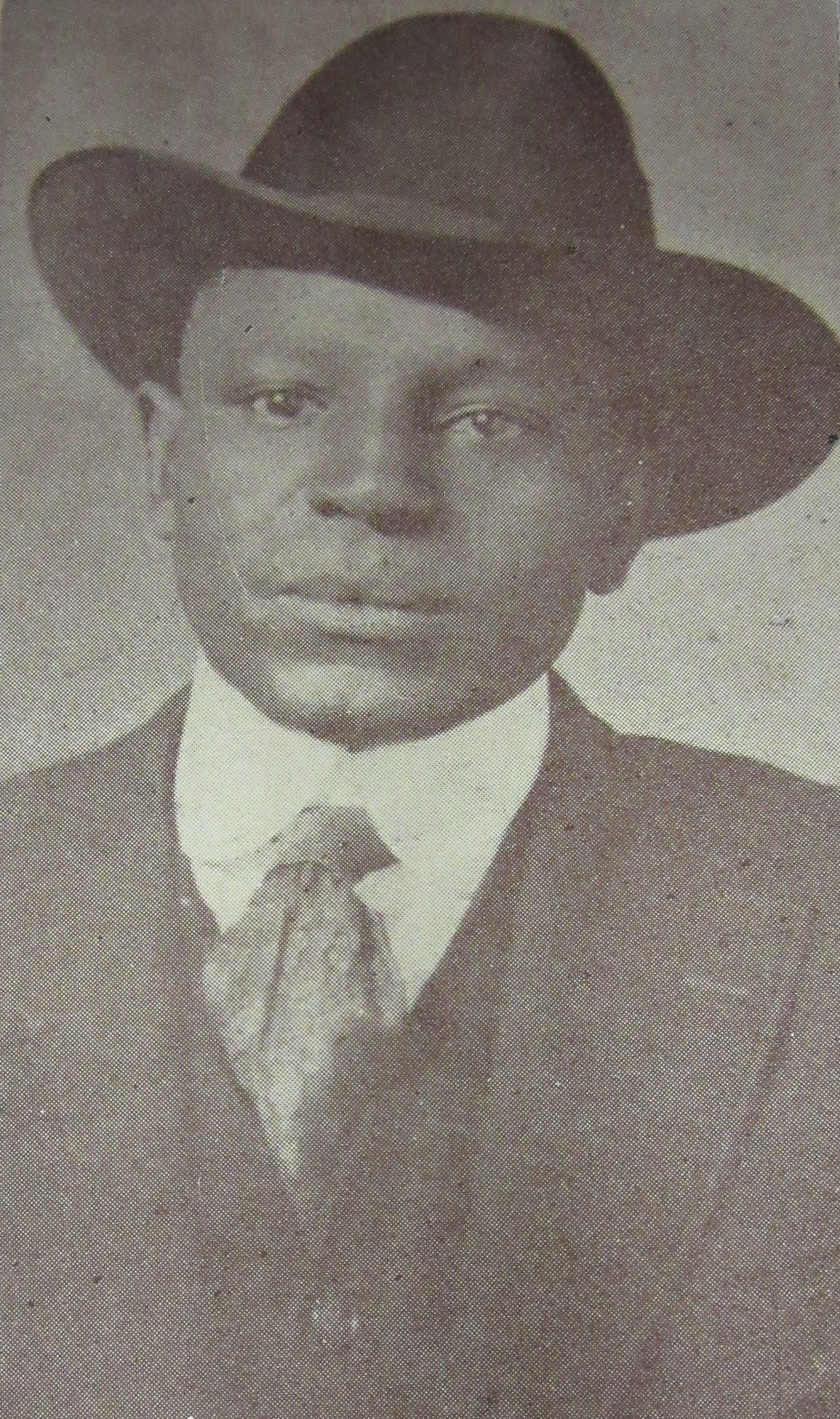 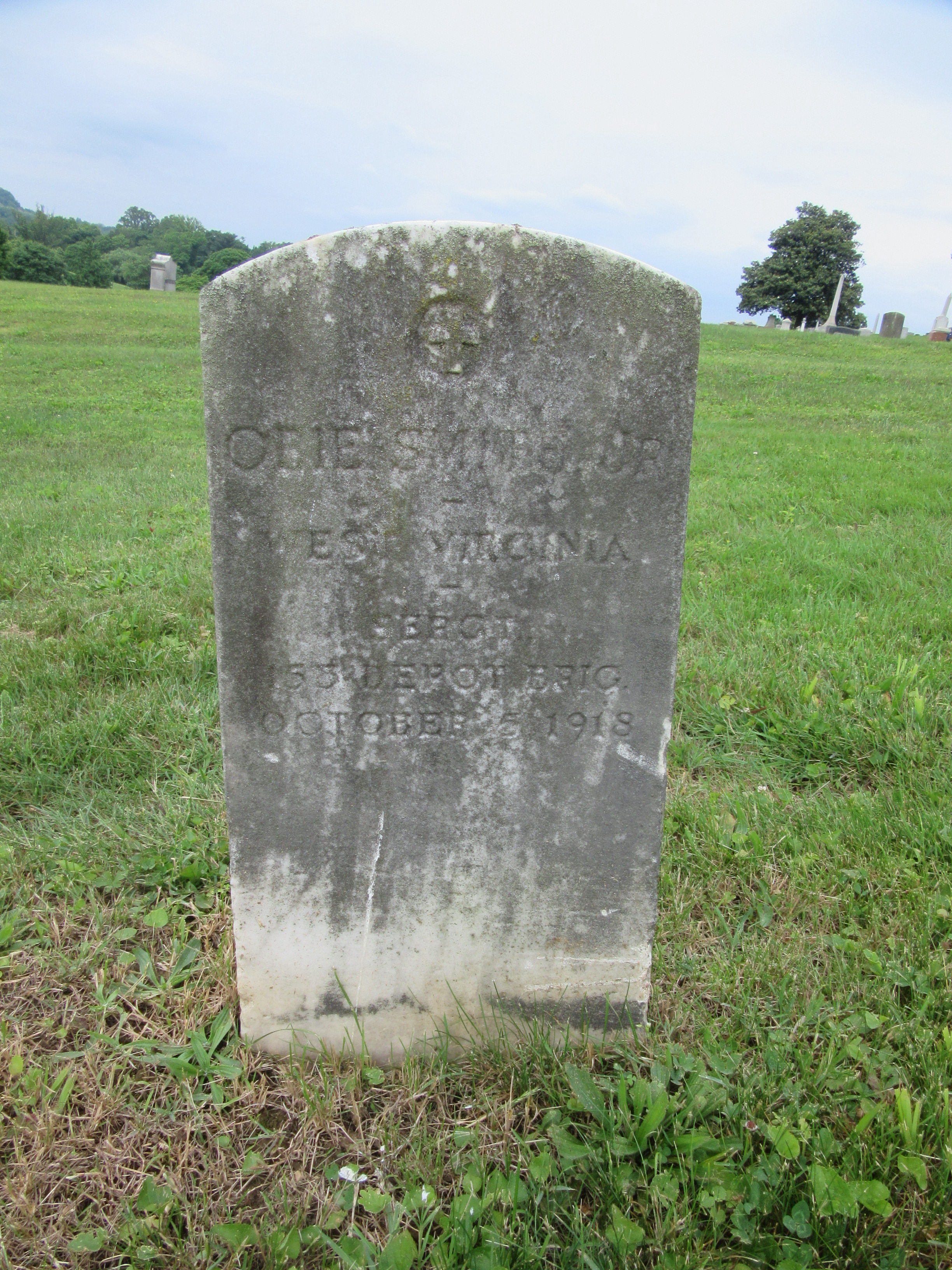 Obadiah (or Obediah) B. Smith, Jr., was born on September 12th, 1895, in Huntington to Obadiah (or Obediah) B. and Nannie B. Smith. He lived at 1652 8th Avenue, Huntington, and entered service on July 16th, 1918. He was sent to Camp Dix, New Jersey, and was assigned as a Sergeant, serial number 3685520, to the 52nd Company of the 13th Training Battalion, 153rd Depot Brigade at Camp Dix. He caught influenza and developed pneumonia:

Obie Smith, colored, 1652 Eighth avenue, now in military service and stationed at Camp Dix, New Jersey, is dangerously ill with double pneumonia. His mother is with him. She wired yesterday morning and her message indicated that there was little if no hope that the boy would recover. The father and other relatives and anxiously awaiting further message and hope for more favorable news.

Obediah Smith, Jr., colored, died at Camp Dix, N.J., Friday night of double pneumonia, following Spanish influenza. The message announcing his death was received by his father, Obediah Smith, 1652 Eighth avenue, yesterday from the boy’s mother, who went to Camp Dix early last week, after hearing of his illness. She wired several days ago that hope for his recovery had been abandoned by the physicians.

Funeral arrangements will not be made until further advices from Mrs. Smith are received.

His remains were sent to Huntington:

FUNERAL SERVICES FOR OBIE SMITH MAY BE HELD TODAY

The body of Obie Smith, colored, arrived here from Camp Dix, N.J., at 8:40 last night, and was taken to the Johnson undertaking rooms, where friends may view it this morning. The funeral services will probably be held late this afternoon. The body was shipped in a beautiful chestnut casket covered with a large and beautiful flag.

The soldier boy was 22 years old and a son of Obadiah B. Smith, 1652 Eighth avenue. Prior to his induction into military service he worked in the baggage room of the Chesapeake & Ohio station and had quite an extensive acquaintance in the city.

He was buried in Huntington’s Spring Hill Cemetery:

Services over the body of Obie Smith, colored soldier, will be held at the grave. The cortege will leave the home of Obadiah Smith, 1652 Eighth avenue, for Spring Hill cemetery at 11 o’clock this forenoon. Burial by the Johnson Undertaking Company.