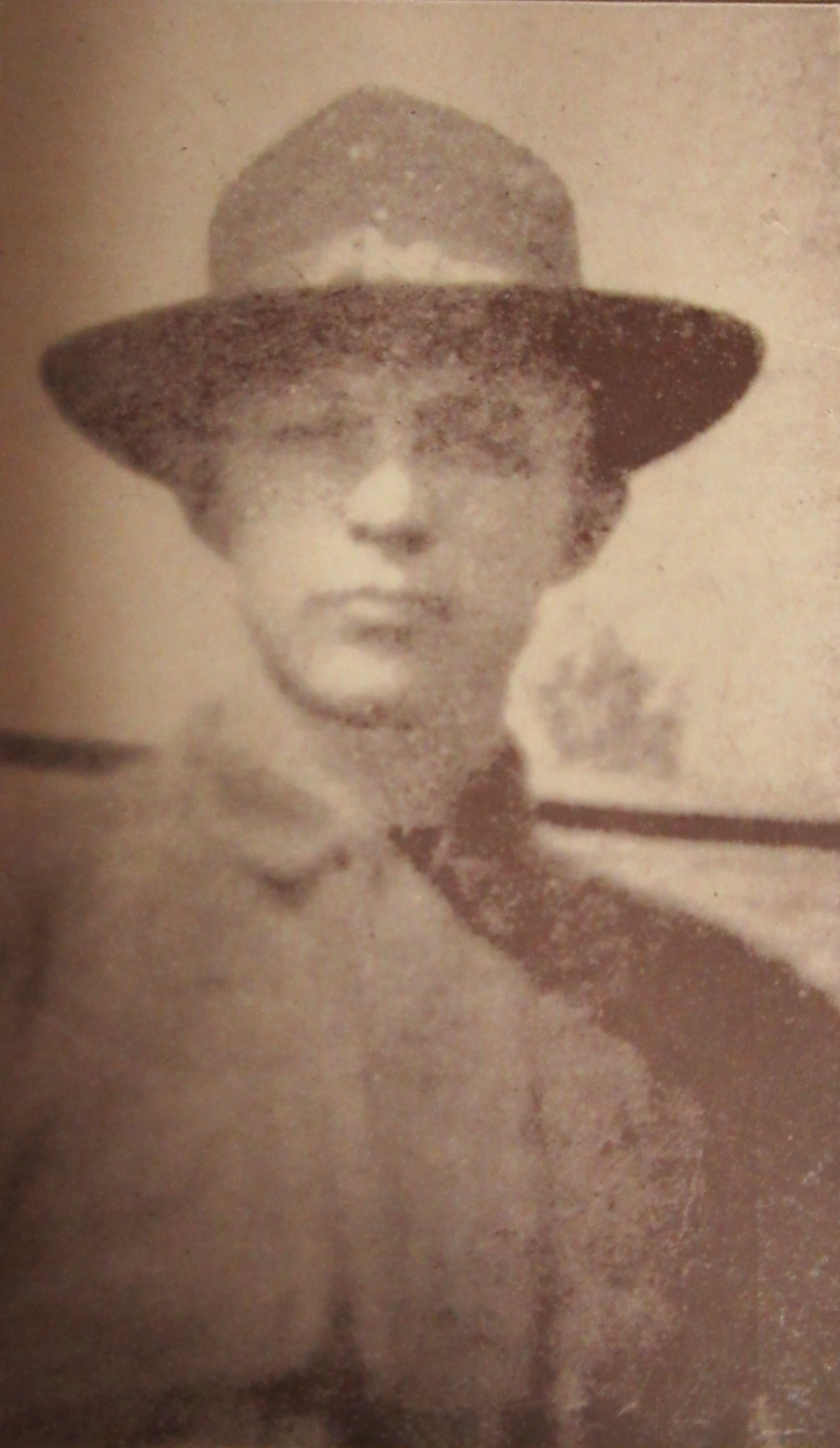 Ora Herbert Watts was born on February 4th, 1890, in Crown City, Gallia County, Ohio, to Charles F. “Frank” and Jennie Watts. He lived at 1015 ½ 3rd Avenue, Huntington, and entered service on May 25th, 1918. He trained at Camp Lee, Virginia, and was assigned as a First Sergeant to the Cooks and Bakers School at Camp Lee. He died of influenza and pneumonia at the Base Hospital on October 1st, 1918.

WAS FIRST SERGEANT AT CAMP LEE

Word was received yesterday by S.H. [sic] Watts, 1015 Third avenue, of the death of his son, First Sergeant Ora Herbert Watts, at Camp Lee, Petersburg, Virginia. The young man had suffered but a short time from Spanish Influenza which developed into pneumonia.

The notice of his death came as a severe shock to his parents, relatives and wide circle of friends in the city. Sergeant Watts was 2 years old and was in a divisional training school at Camp Lee. He left this city May 25 for camp.

No funeral arrangements have been made. The body is expected to arrive home this morning. Surviving Sergeant Watts are his father and mother; two brothers, Homer and Ivan, of this city; and three sisters, Lula, Lora and Lena. It is not expected that a public funeral will be held because of the highly contagious nature of the plague.

Sergeant Watts is the fourth victim of the plague from Huntington who has died away from home; three being fighting men and a girl student at Lewisburg.

His story exemplifies the speed with which the dreaded influenza and pneumonia could debilitate and kill an otherwise healthy soldier:

Huntington Boy Dies at Camp Lee on Eve of His Furlough

Herbert Watts, 26, 1015½ Third avenue, died Wednesday of Spanish influenza at Camp Lee. His father Charles F. Watts received a letter from him Tuesday stating he was in the best of health. He had received a furlough and was to have left camp for Huntington on the day he died.

The body is scheduled to arrive in Huntington Thursday with a military escort.

The dead man is survived by his parents and a sister, Mrs. Laura Norden, 2138 Third avenue.

The body of Sergeant Ora Herbert Watts, who died at Camp Lee Tuesday morning of pneumonia following Spanish influenza, is expected to arrive here on Chesapeake & Ohio train No. 3, this afternoon. Funeral arrangements will not be completed until after its arrival. Burial will be in Spring Hill cemetery.

Young Watts went to Camp Lee from here May 25. He was twice promoted and was a first sergeant at the time of his death. Tuesday noon a telegram stating that he had pneumonia was received, and later it was learned he had died on Tuesday morning. The local Red Cross was advised that the body had been shipped home yesterday afternoon.

Sergeant Watts was a favorite in his home and among his acquaintances. He was a cook, as is his father, Charles F. Watts, who is employed at Stanley’s restaurant on Third avenue. Sergeant Watts was a rugged, good-natured, jovial young man of 28 years. He was born at Crown City, but lived here the last 18 years. He is survived by his parents, who live at 1015 ½ Third avenue, two younger brothers, Homer and Ivan, and three sisters, Mrs. Lulu Profit, Philadelphia; Mrs. Laura Worden, 2138 Third avenue, and Miss Lena, at home. Mrs. Profit arrived here yesterday afternoon.

He was buried in Huntington’s Spring Hill Cemetery after a funeral in town:

Remains of Sergeant Ora Herbert Watts Arrive In This City This Morning.

The remains of Sergeant Ora Herbert Watts, who died at Camp Lee as a result of an attack of influenza will arrive in this city at an early hour this morning. The funeral of the young soldier will occur this afternoon at the home of his sister, at 2138 Third avenue. Sergeant Watts was showing excellent proficiency as a soldier, and had been twice promoted since he entered camp.

The funeral of Sergeant Ora Herbert Watts, who died at Camp Lee of Spanish influenza, was postponed until 2 o’clock this afternoon on account of the delay in the arrival of the body. The remains did not reach Huntington until 1:15 o’clock yesterday afternoon. The services will be held from the home of his sister, at 2138 Third avenue. Interment will be made in Spring Hill cemetery.

His father received a letter, most likely from the soldier who escorted Ora’s body:

Charles F. Watts, whose son died at Camp Lee a few days ago, has received the following letter of consolation:

Kindly accept my thanks for the hospitality extended to me on my sad visit to your home. As much as I regretted my duties, it gave me pleasure to help you have one more look on the face of your most dutiful and brave son, who gave his all that this world might be safe for all to live in.

I have reported the missing articles and no doubt you will hear from them through military channels.

Trusting your grief may be of short duration and assuring you of my deepest sympathy to you and yours.

I am very sincerely yours,