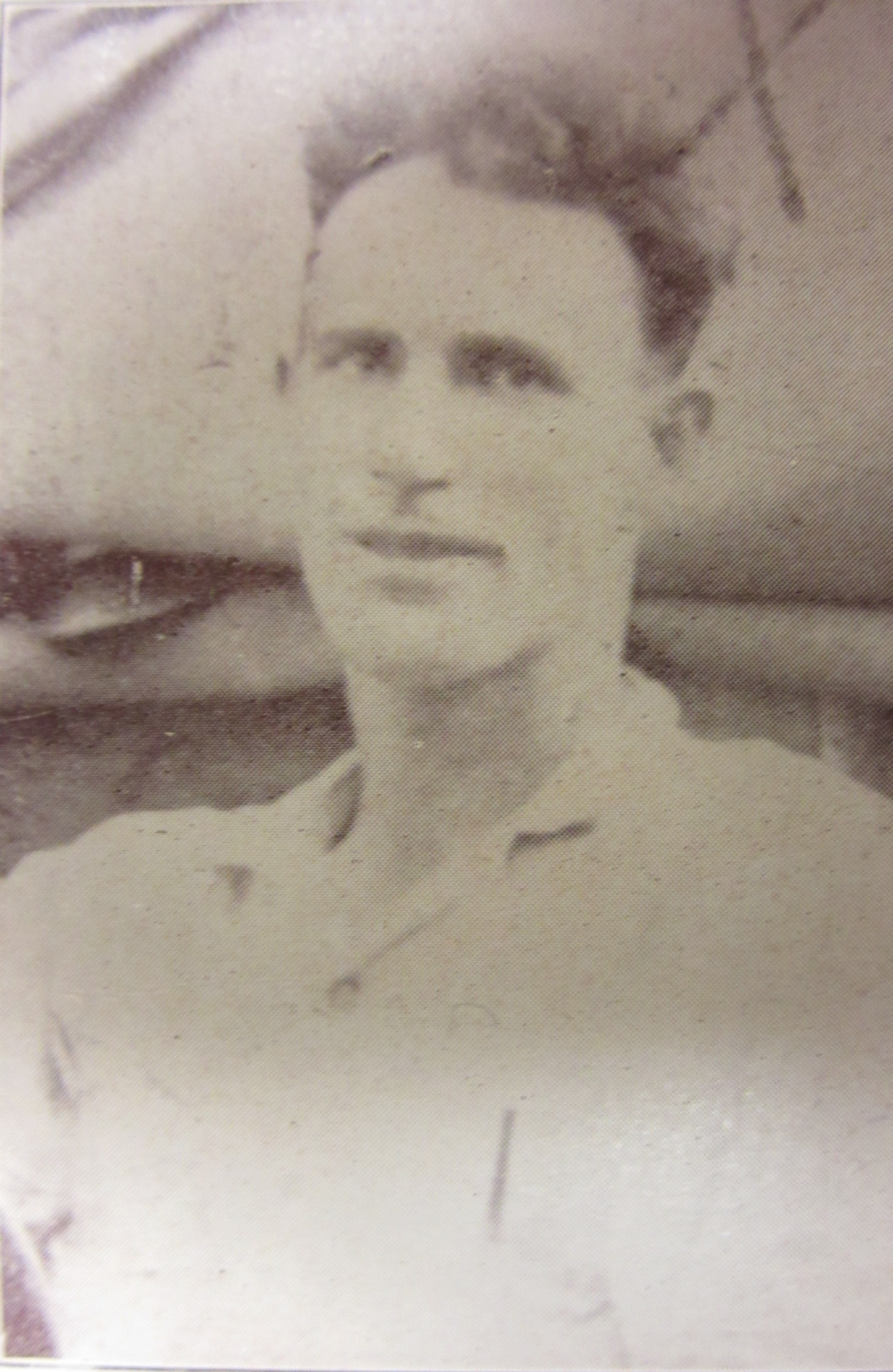 Adolphus Simpson was born on August 4th, 1891, in Mason, Lawrence County, Ohio, to John L. and Sarah Simpson. He lived in Huntington and was married to Margaret Simpson. He entered service on July 25th, 1918, and trained at Camp Meade, Maryland. He was assigned as a Private to the 2nd Truck Company of the 11th Ammunition Train, 11th Division, US Army. He died of influenza and pneumonia at Camp Meade on October 5th, 1918.

HUNTINGTON SOLDIER IS DEAD OF PNEUMONIA

Delphos [sic] Simpson, a Huntington soldier stationed at Camp Meade, died Sunday of pneumonia. He was married and before entering military service lived on Jefferson avenue near First. No message has been received indicating when the body will arrive here.

Another Huntington soldier boy who has fallen a victim of the Spanish influenza is Dolphus Simpson, son of Mr. and Mrs. John Simpson, 520 Twentieth street. A message was received by the parents and young wife Saturday night from Camp Meade informing them to his serious illness. Later another message was received stating he was dead.

The body is expected to arrive here for burial, but it is not known just when it will reach the city. The wife, Mrs. Margaret Simpson, lives at 244 West Fifth avenue. The remains will be taken to her home where the funeral will be held. The dead soldier was twenty-seven, and had been at Camp Meade but three months.

The Simpsons have another son in the service, Harry Simpson, who landed in France September 8. As yet they have not received any letters from him since he landed. The family denies they had received a message stating that this boy had been gassed, as such rumor was being circulated.

However, two of their younger children, Berkley and Mildred, are ill with the epidemic that caused the death of the older brother. The third son, Frank, who was reported to be ill in a camp also, has not yet been called to service. He was discharged from the national guard after having served on the Mexican border on account of losing the sight of one eye. However, he was placed in the limited service, and is expecting to be called. Mrs. Simpson’s nephew Edgar Callicoat was a recent victim of the disease at Camp Sherman.

Adolphus was buried in Huntington’s Woodmere Cemetery after a funeral in town (the newspaper confused him with his other brother, Frank):

The body of Frank Simpson, Huntington boy, who died a victim of Spanish influenza at Camp Meade several days ago, arrived in the city Thursday morning. The funeral was held Thursday afternoon, 2:30 o’clock at the residence 244 West Fifth avenue, with Dr. M.L. Wood, pastor of the Fifth Avenue Baptist Church, officiating. Burial was at Woodmere.

The dead soldier was buried with military honors, members of the Huntington Militia Reseves acting as honorary pall bearers.

In fact, he was one of the first burials in the then-new cemetery:

FUNERAL SERVICES FOR SIMPSON ARE CONDUCTED

The funeral services for Dolphos [sic] Simpson were held at the residence on Fifth street at 2:30 o’clock yesterday afternoon, Rev. W.W. Smith officiating. Burial at Woodmere cemetery by the Johnson Undertaking company. Acting as pall bearers and an escort were ten members of the Huntington Militia Reserves. This was the first soldier to be buried in the new Woodmere cemetery. There are but few graves there. The first one was for Sarah Maxwell, whose death occurred July 18.

His brother, Harry, died in France the day after Adolphus’s death but the news took several months to reach their family:

One Huntington woman has sacrificed two sons on the altar of her country. This is Mrs. Minnie Simpson, 520 Twentieth street, who has just received news of the death of her son, Harry Simpson, 26, who succumbed to pneumonia in France. The other son, Adolphus Simpson, died of pneumonia at Camp Lee about two months ago….