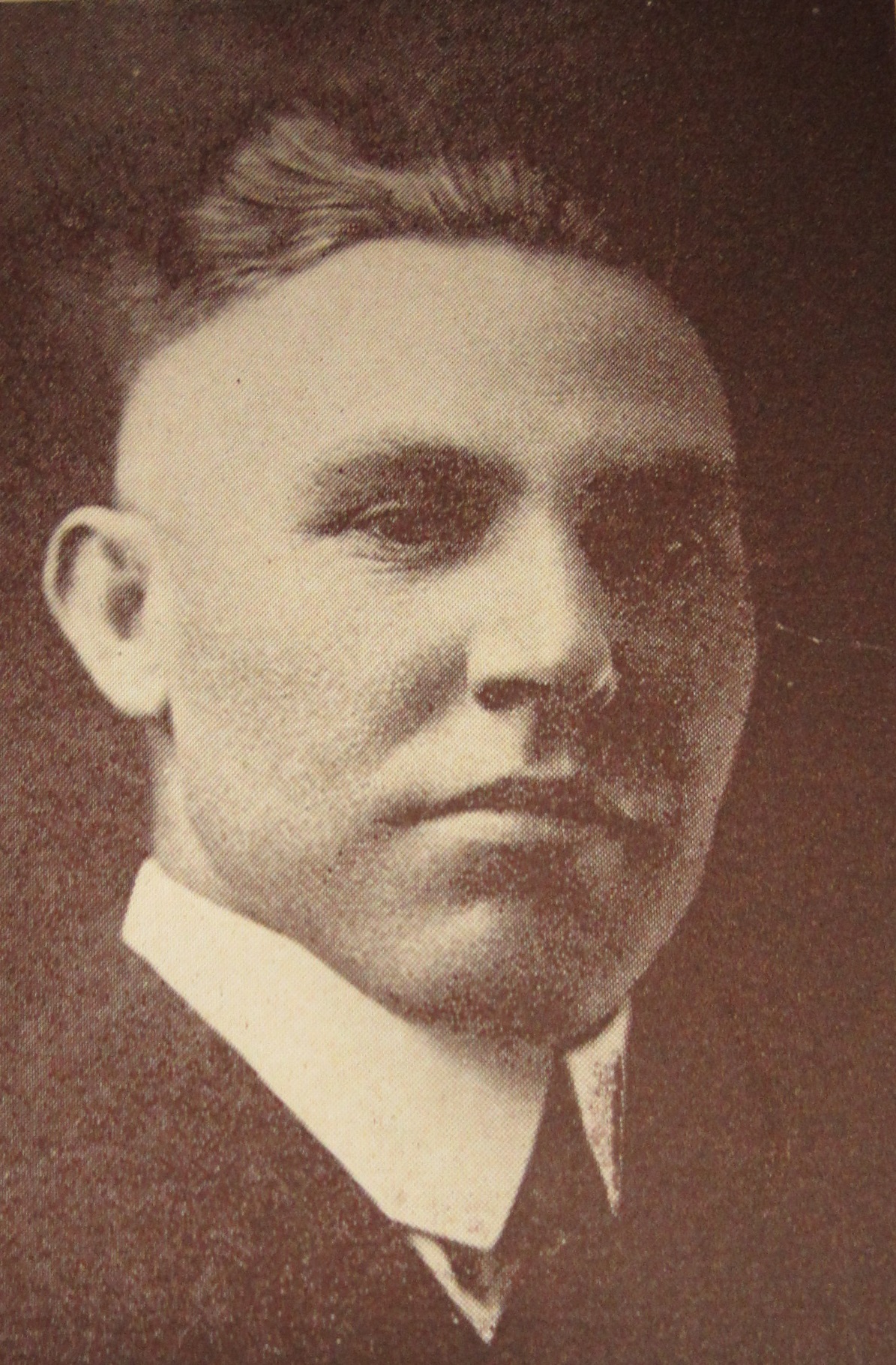 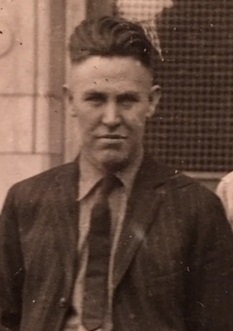 Frederick Alfred Duncan was born on November 20th, 1889, at Green Sulphur Springs, West Virginia, to Michael L. and Sydney Duncan. He lived at 1537 Washington Avenue, Huntington, and worked as an automobile mechanic. He was inducted into service on June 14th, 1918, as part of Draft Call No. 594 and was sent to the mechanical training camp at Morgantown, West Virginia. He trained to be an automobile mechanic and, upon completion of his training, was sent to Camp Hancock, Georgia. He was assigned as a Private, serial number 3439283, to a provisional ordnance unit with his brother, Homer, and they hoped they could go through the war together. He sailed for France from New York City on the DUNVEGAN CASTLE on August 31st, 1918. He caught a cold and went to the hospital on October 2nd, but he developed influenza and then pneumonia and died in France at 11:30 AM on October 8th, 1918. His brother was with him and informed his family at home:

Frederick Alfred Duncan, well known Huntington expert automobile mechanic, is dead and his body rests in a French cemetery in the little village of Mehun, about one hundred miles south of Paris.

He died of pneumonia, which followed a cold contracted early in October. His brother, Homer Duncan, also an automobile mechanic, was with him at the time of his death, having been taken to the hospital, suffering from a cold, too.

The news of Fred’s death reached the family, at 1537 Washington avenue, Tuesday morning in a letter to his mother from Homer. The latter had recovered from his illness and was attending his brother at the time of his death, October 3. Fred was buried the following morning, with an army chaplain performing the last rites and a squad of soldiers firing a military salute over the grave of their comrade.

The brother writes, “I am having everything looked after and will have a photograph made of the place.”

Fred left Huntington June 15 with a medical contingent to train at Morgantown. Later he was transferred to Camp Hancock, Ga., where fortunately he was assigned to a unit with his brother, Homer, who had left Huntington a month before him for a mechanical training school at Richmond. They were happy in the assignment, thinking they could go through the war together.

Fred was a big-hearted, jovial youth who made friends quickly. He had legion in Huntington to join the family in its bereavement when the news of his death went abroad Tuesday.

He would have been twenty-nine years old within a few weeks, having been born in Summers county, this state. He moved to Huntington when about five years old with his family, which located on Jefferson avenue in what was then Central City.

His father, M.L. Duncan, founded the Beader Box Manufacturing company, early in the history of Central city, and still operates his factory at Van Buren avenue and West Fourteenth street.

Besides his father, the surviving relatives are a mother; four brothers, James E. Duncan, William Duncan, P.O. Duncan, all of Huntington, and Homer, in France, and five sisters, Mrs. Bertie Surbaugh, of Summers county, Mrs. Hattie Gwinn, of Barboursville, and Mrs. H.M Goolsby, Misses Dolores and Audrian Duncan, at home.

The brother’s letter from France follows:

“I have awful bad news to tell you in this letter, but you must know some time. I guess you have been informed of the sad news before now. Fred took sick on the second of October with a bad cold and was sent to the hospital. I went the next day with a cold myself, but got all right in a couple of days, but stayed and waited on Fred. He contracted pneumonia and only lasted a short time.

“Don’t worry, mother, for I was with him until the end came and did everything that could be done. He died October 8, about 11:30 in the morning, and was unconscious when he passed away. He was buried October 9, in a nice French cemetery in Mehun, about fourteen miles north of Bourges. Bourges is south of Paris about 100 miles.

“I am having everything looked after and will have a photograph made of the place. Had a real nice funeral. Chaplain Browning held services and also there was a military salute by a firing squad. The chaplain is having a cross erected with the name and date on it. Mother, it’s such bad news I hate to write, but know you will feel better when I tell you I was with him until the last, and of the place where he was buried and I would like to tell you more, but guess this will be more than you can stand.

“I think everything will soon be over and we can come back home again, then I can tell you all. There are several of the boys from Huntington still here. I will fix everything before leaving here, so don’t worry. There are many dying that haven’t even a friend. Hope all are well. Will write later.

Fred was employed by Ike Hanley, of the Hanley Cadillac company, for a number of years. A letter, evidently written a few days before Fred was stricken, was received by Mr. Hanley only a few days ago.

In this letter he stated he was anxious to get back into the automobile business after the war ended and hoped to return to work for Mr. Hanley.

His mother requested that his remains be sent home from the Soldiers’ Plot of the Mehun, France, City Cemetery, as soon as possible, writing to the War Department on August 5th, 1919:

I had a boy in the service of the U.S.A. [who] died at Mehun, France. I want to ask for information when will the body of those who made the Supreme Sacrifice be brought back to the U.S.A.

The Government promised to return the bodies of the dead to their native homes. Now will the body of my dear boy be brought back while I am still here to [be] a measure of comfort to me in my great sorrow[,] or shall it be after I have gone down in sorrow to the grave and never know it was returned[?]

I gave my boy to his country but I want his body brought back to me. A broken hearted mother,

His remains sailed from St. Nazaire, France, on the POCAHANTAS on October 1st, 1920. They arrived in Hoboken, New Jersey, on October 18th, 1920, and he was buried in Huntington’s Woodmere Cemetery.

He was a member of the local Elks lodge and was honored in their remembrance ceremony:

It Will Honor Ninety-seven Members In Service In Addition to Eighty-One Deceased.

Program Completed for Exercises to be Held In Lodge Room Sunday Afternoon at 2:30

While the annual memorial service of Huntington Lodge, No. 313, B.P.O. Elks, will be more simply conducted this year than formerly, the occasion will bring its greatest significance to the members of this order. The day is to have a double meaning; in addition to being a memorial to the “absent brothers,” it will take account of those others who went out from the fraternity to answer the call of their country.