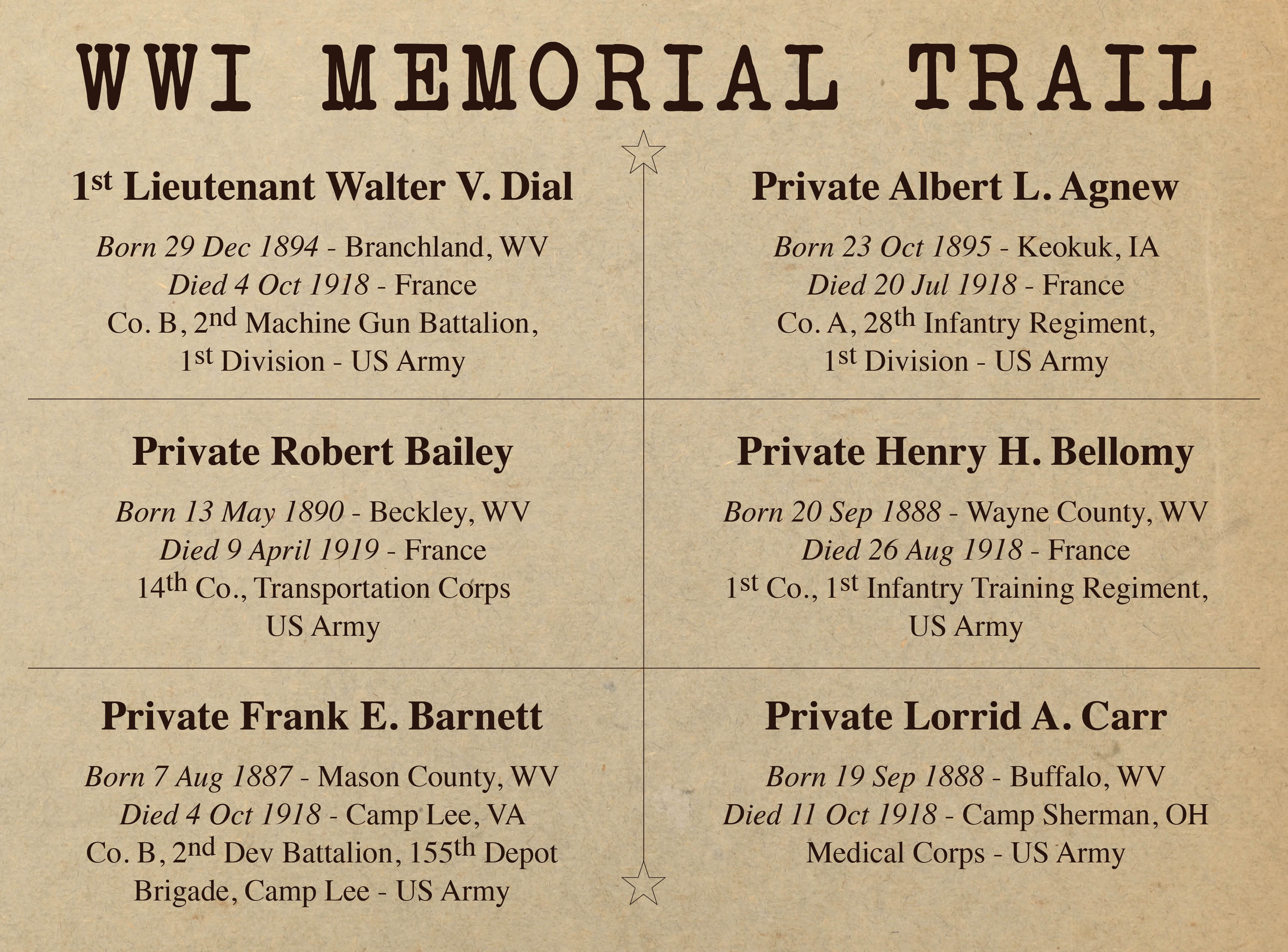 Albert Louis Agnew was reportedly born on October 23rd, 1895, in Keokuk, Iowa, to Charles Agnew. It seems likely that he lied about his age on official records, as it was said that he was 18 in 1918. He ran away from his home in Rock Island, Illinois, to enlist in Huntington around June 1917 without the consent of his father. He was assigned as a Private, serial number 56619, to Company A of the 28th Infantry Regiment, 2nd Infantry Brigade, 1st Division, US Army. He sailed for France on the ANTILLES on June 7th, 1917. He was in action during the defense of Cantigny from May 27th to 31st, 1918, and was awarded the Citation Star. The official citation reads:

By direction of the President, under the provisions of the act of Congress approved July 9, 1918 (Bul. No. 43, W.D., 1918), Private Albert Agnew, United States Army, is cited by the Commanding General, 1st Division, American Expeditionary Forces, for gallantry in action and a silver star may be placed upon the ribbon of the Victory Medals awarded him. Private Agnew distinguished himself by gallantry in action while serving with Company A, 28th Infantry, 1st Division, American Expeditionary Forces, in action during the operations connected with the capture and defense of Cantigny, France, 27 to 31 May 1918. Private Agnew displayed unusual courage during the attack and later in evacuating wounded under heavy artillery and machine gun fire.1

His Iowa community was proud of him:

CITY SOLDIER HAS BEEN CITED

Conspicuously Brave in Action at Battle of Cantigny – Enlisted Year Ago for Service.

Word was received by Miss Ruby Agnew of Davenport, Iowa, from Major General Bullard with the A.E.F., of the wounding of her brother Private Albert Agnew, 18 years old. Private Agnew who was a Keokuk boy, joined the colors at Huntington, W.Va., in June 1917, and sailed for France within two months after enlisting and has since seen much active service.

Major Bullard cites this young man for conspicuous gallantry in action during the capture and defense of Cantigny, May 27-31, 1918. He displayed unusual courage during the attack and later was wounded under heavy artillery and machine gun fire.

– The Daily Gate-City and Constitution-Democrat, August 8th, 1918 (from the Library of Congress’s Chronicling America website, www.chroniclingamerica.loc.gov)

Two months later, on July 20th, while in action south of Soissons, Private Agnew was killed in action. The news was published the very next day after the announcement of his citation:

AGNEW KILLED IN BATTLE ON MARNE

Youthful Soldier, Who Was Born and Reared in Keokuk Loses Life After Citation for Bravery.

Enlisted at Huntington, W.Va., Year Ago and Went to France Two Months Later.

After being severely wounded in the defense of Cantigny in France late in May, Private Albert Louis Agnew took part in the great battle of the Marne in mid-July and was killed.

This information has come to relatives of the eighteen-year-old Keokuk boy who was born and reared in Keokuk. His father and several sisters live in Rock Island, Ill. A sister, Mrs. James D. Grant, lives at 1112 William Street, Keokuk.

Agnew enlisted in service without the consent of his only living parent, his father, at Huntington, W.Va., last summer.

The relatives of Private Agnew live at 1324 Fifth and One-Half street, Rock Island, Ill. The father, Charles Agnew, is a workman at the Rock Island arsenal.

A brother, Ralph Agnew, is employed by the Velie plant in Moline, Ill., and four sisters, Mildred, Ruby, Hazel and Margaret Agnew, are in Rock Island. The mother died a number of years ago.

The Gate City carried a news item Thursday in which it was stated that Private Agnew had been wounded and cited for conspicuous bravery by Maj. Gen. Bullard of the expeditionary forces. The citation was enclosed in a letter to his relatives by young Agnew. He said in the letter that he was wounded, but recovering.

Apparently he recovered and took part in the battle of the Marne in mid-July, where he met his death. Agnew went to France two months after enlisting.

– The Daily Gate-City and Constitution-Democrat, August 9th, 1918 (from the Library of Congress’s Chronicling America website, www.chroniclingamerica.loc.gov)

His remains were never recovered, and he is still Missing in Action. He was honored on the Tablets of the Missing at the Aisne-Marne American Cemetery in France. He was also honored on the First Division Memorial at Buzancy, France.