To prepare for the factory’s relocation, the Warwood Tool Company built several company homes in 1904 on N. 18th Street and N. 19th Street, including this one. The first person to live in this Dutch Colonial Revival-style house was John A. Moore, who was the secretary (and later manager) of the company. Two additional houses were built for J.W. Bumgartner, the company’s superintendent, and Fred Reese, the manager of the forge shop; the last house was built as a company office. 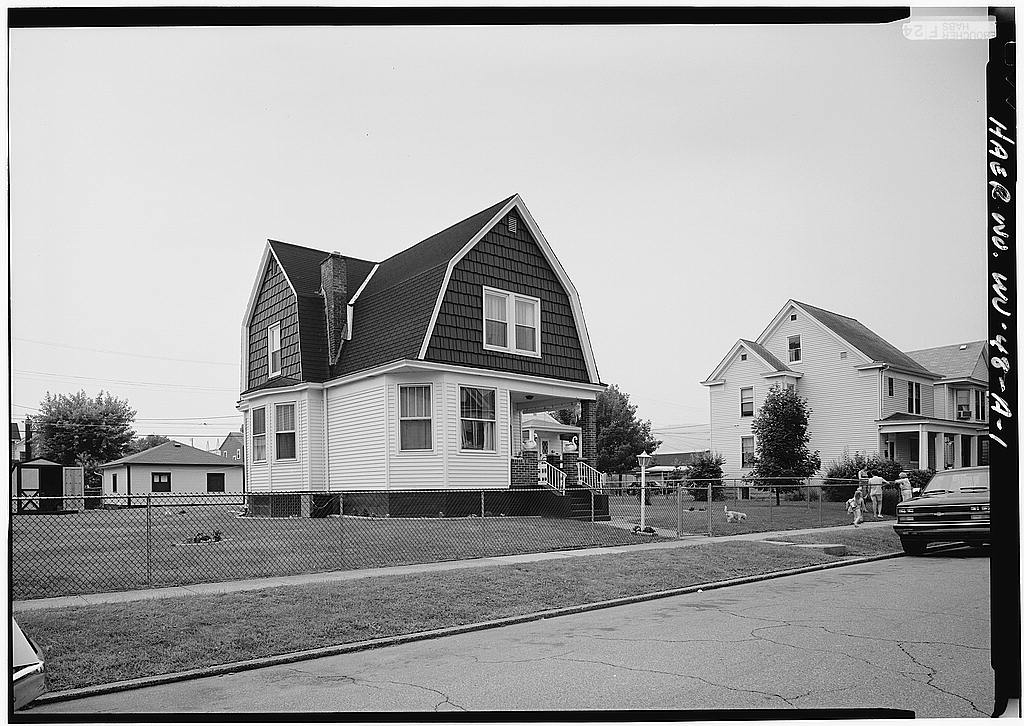