This beautiful, grand home was built in 1912 by John Wiley Link, who earned his wealth as a lumberman, financier, and lawyer. The house is great example of Neo-Classical architecture, featuring a large portico, and elaborate brickwork and terra cotta. Today it is the location of the executive offices of the University of St. Thomas. It was added to the National Register of Historic Places in 2000.

The Link–Lee House was built in 1912 by John Wiley Link, and is now the executive office building for the University of St. Thomas. 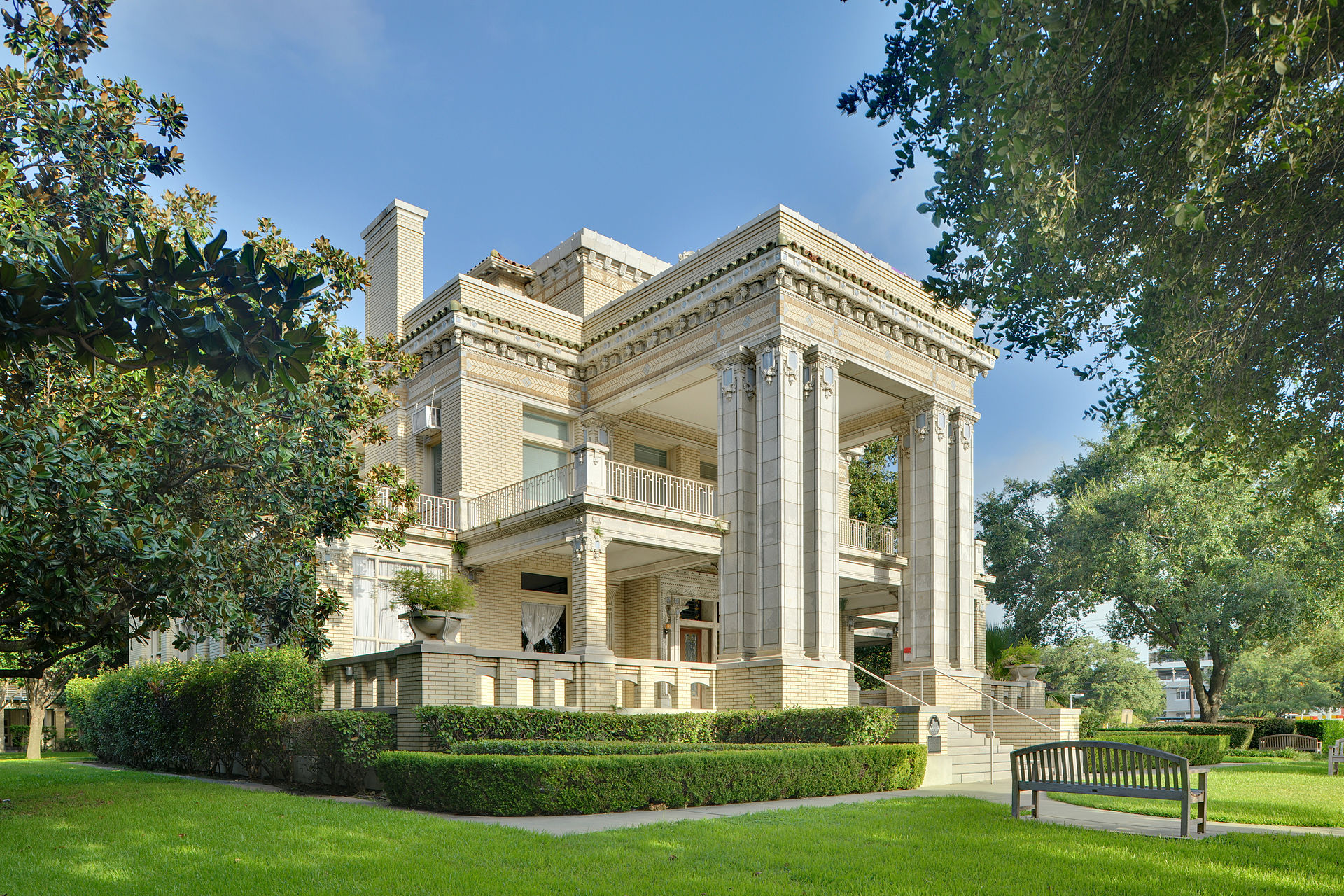 John Wiley Link also got into real estate development. In 1910 he bought large amounts of land on what was then the outskirts of the city to create an upscale residential community. He built a street (Montrose Avenue) and sold tracts to buyers. He also decided to build the large home. His family lived here until 1916 and it was sold to T.P. Lee, a wealthy oilman employed by the Yount-Lee Oil Company. After he died, his family sold the house to the university in 1946.