At this location in 1903, traveling musician W. C. Handy listened to a local man play the guitar in a way he had not encountered before. Handy observed the unique sound made by applying a knife t the strings of a slide guitar and called the new style "the blues." While many musicians were creating the new style characterized by "blue" notes, Handy was the first to write this style into the sheet music of the era. As a result, Handy was and remains widely-recognized as "the Father of the Blues." 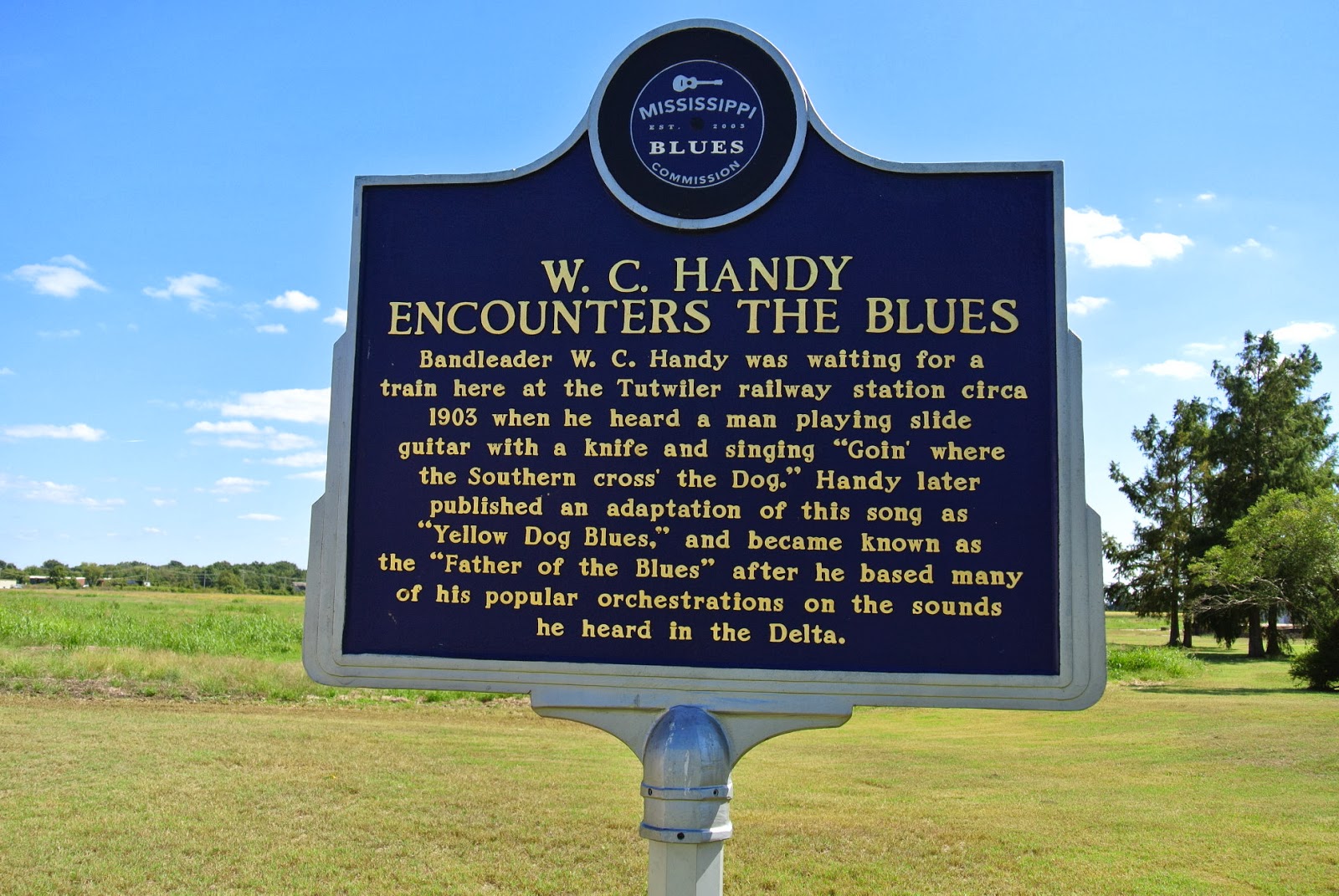 The remains of the train station near the marker where Handy first encountered the style of music he would later be credited with inventing. 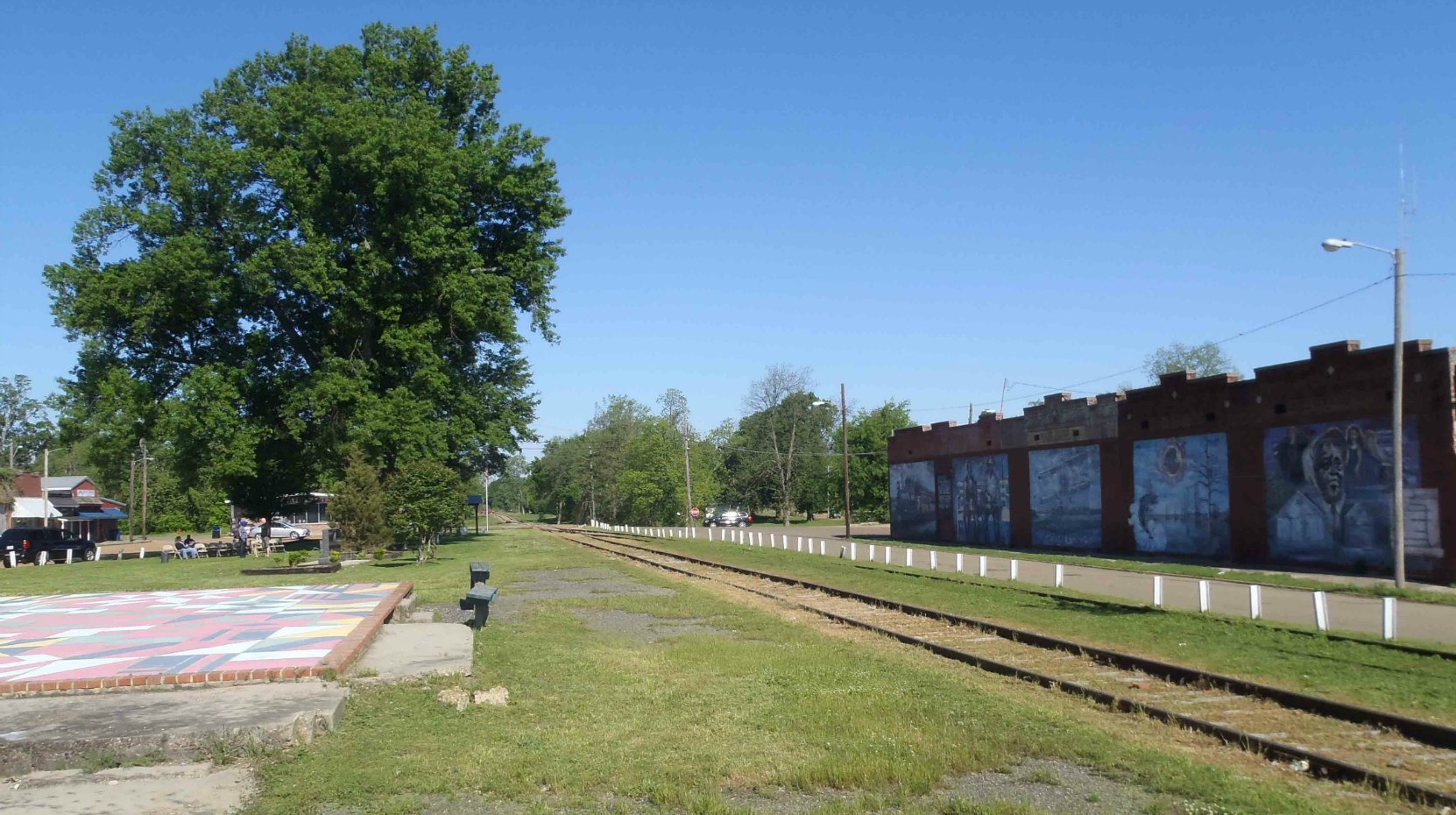 Handy recorded the incident that occurred at this location in his autobiography, which is available in print by clicking on one of the links at the end of this entry. According to Handy, he awoke to a unique sound caused by applying a knife to the strings while playing a slide guitar "in a manner popularized by Hawaiian guitarists who used steel bars." "The effect was unforgettable," Handy recalled and the man's lyrics "struck me instantly."

According to Handy, he was managing a band and traveling throughout the Delta when he first encountered the blues sound "one night in Tutwiler." "As I nodded in the railroad station while waiting for a train that had been delayed nine hours," Handy explained, "life suddenly took me by the shoulder and wakened me with a start."

Handy recalled that the man sang the lyric  "Goin’ where the Southern cross’ the Dog." three times. It was "the weirdest music I ever heard." Handy later recreated the sound with the song he titled "Yellow Dog Blues." The song was a hit, and the style of music grew in popularity throughout the South.