This 60-foot structure was built shortly after the tornado in 1924 as the first home of Lorain’s Mother Masonic Lodge No. 552, which was originally organized in 1889. This building is Beaux Arts, Neo-Classical style, made apparent by its Greek Doric columnns lining the exterior walls to replicate King Solomon’s Temple in Jerusalem, and its symmetrical design, including its grand entrances, modular windows and ornate cornice. This building is now home to New Deliverance Ministries. 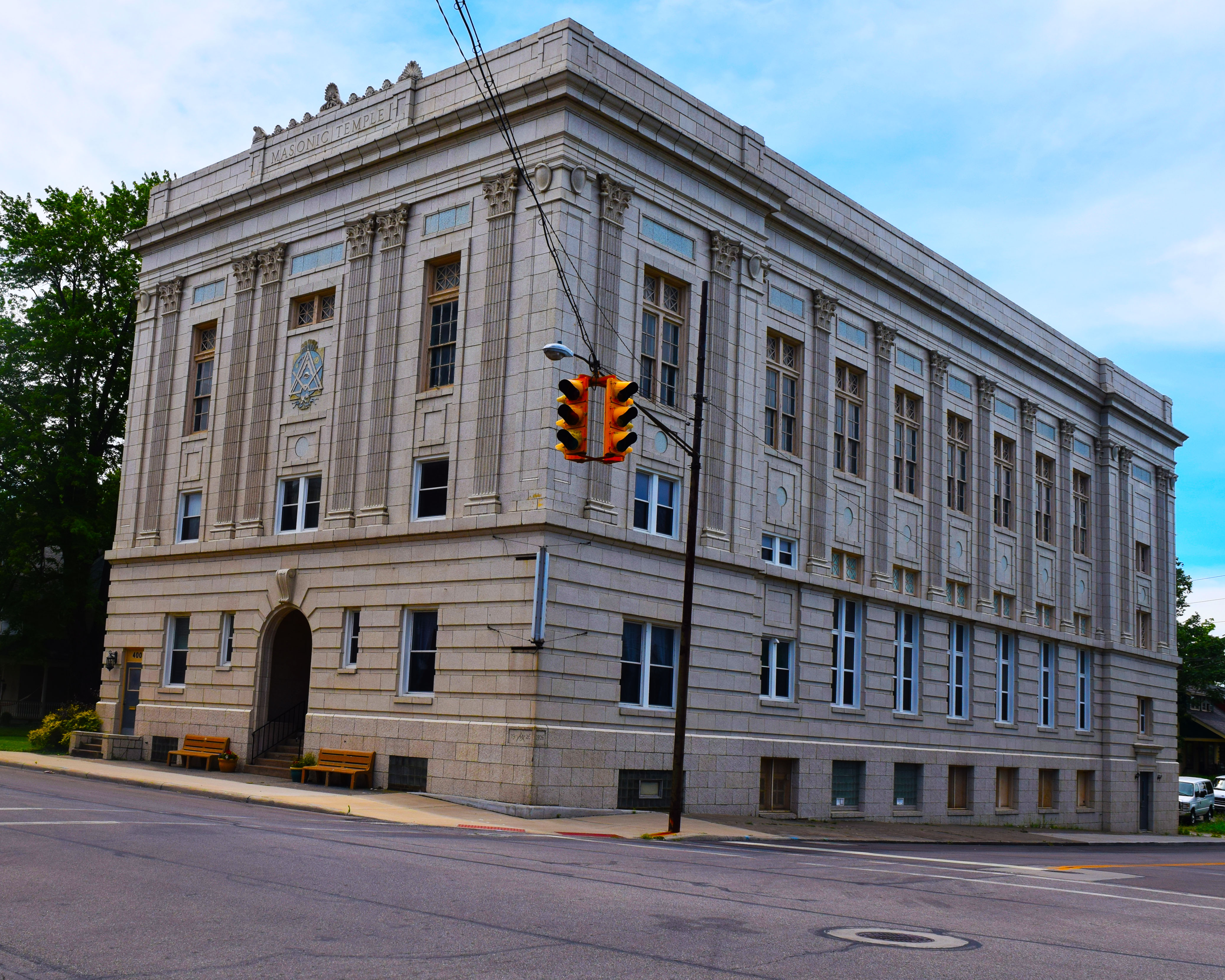 Lorain, Ohio has such a vast and fruitful history. Seated along the Black RIver and once an industrial powerhouse, Lorain was the epitome of perseverance and optimism. The downtown area had some of the best shops in northeastern Ohio and drew crowds from all over. This tour is to shine a light on the history of success in the downtown area, while also highlighting all that Lorain has to offer still today.