This historical marker is located at the Historic Edenton Visitor Center and commemorates the life of Harriet Jacobs, a woman who wrote "Incidents in the Life of a Slave Girl," an influential biography about her own horrific experiences as a slave. The visitor center offers an exhibit with photographs and illustrations of the people and places associated with her life, as well as items such as the North Carolina Literary Hall of Fame trophy. The visitors center also offers guided tours that visit many of the sites the author referenced in her book such as the former site of Molly Horniblow’s home, where Harriet stayed in hiding for nearly seven years; the Chowan County Jail, where her children and family members were imprisoned for a short time; and Edenton Harbor Bay, the route for Harriet’s escape north; among other locations.

This historical marker is located next to the Historic Edenton Visitors Center, which offers information and tours related to the life of Harriet Jacobs. 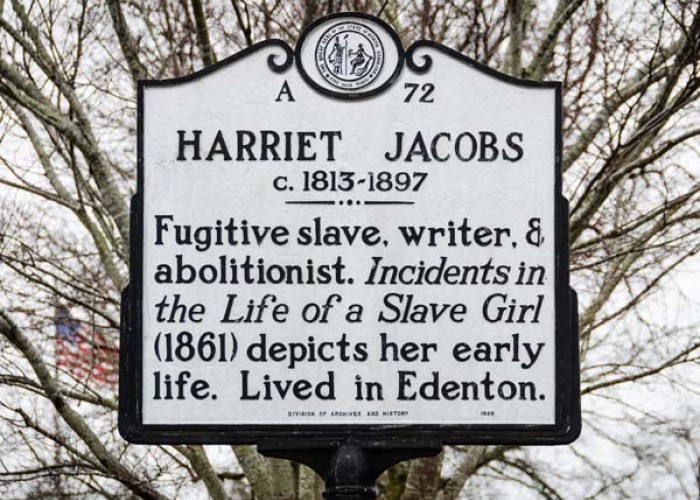 This portrait of Jacobs was taken towards the end of her life. Her book "Incidents in the Life of a Slave Girl" brought the horrors of slavery to life for tens of thousands and inspired abolitionists. 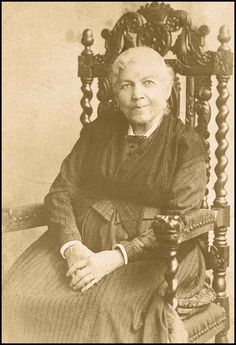 Harriet Jacobs was born as a slave in North Carolina.  Although she herself was a slave, she was nurtured by her grandmother, Molly Horniblow, who was a free woman.  At the age of 6 Harriet was trained as a house slave.  By the age of 16, she was serving in a home of a doctor, Dr. James Norcom and became sexually involved with a white neighbor, Samuel Sawyer.  She had her son with Sawyer at 17 years old.  A few years later, she had a daughter.  Sawyer promised Harriet that when he was able he would purchase both of their children and set them free.

When Harriet turned 21 years of age, Dr. Norcom made advances towards Harriet to be his concubine.  Due to Harriet’s refusal to Dr. Norcom’s request, Dr. Norcom sent Harriet to work in a field on a local plantation.  Harriet then ran away.  Knowing that her escape would cause Dr. Norcom to sell her children, she sent Sawyer to purchase them and return them to her grandmother. Harriet hid in the town and was concealed by friends and neighbors.  Eventually she remained hidden in a cramped crawl space under the roof of her of grandmother’s house.

In 1842, Harriet Jacobs fled to the north and lived in New York.  While in New York she became close friends with Amy Post.  Ms. Post encouraged Harriet to write her journey to freedom.  To avoid revisiting the pain and humiliation of her journey, Harriet developed fictional names and places.  Harriet’s character became her alter ego, Linda Brent. Incidents in the Life of a Slave Girl was privately printed and release at the start of the Civil War in 1861. The book was one of the only narratives written about slavery by a woman.