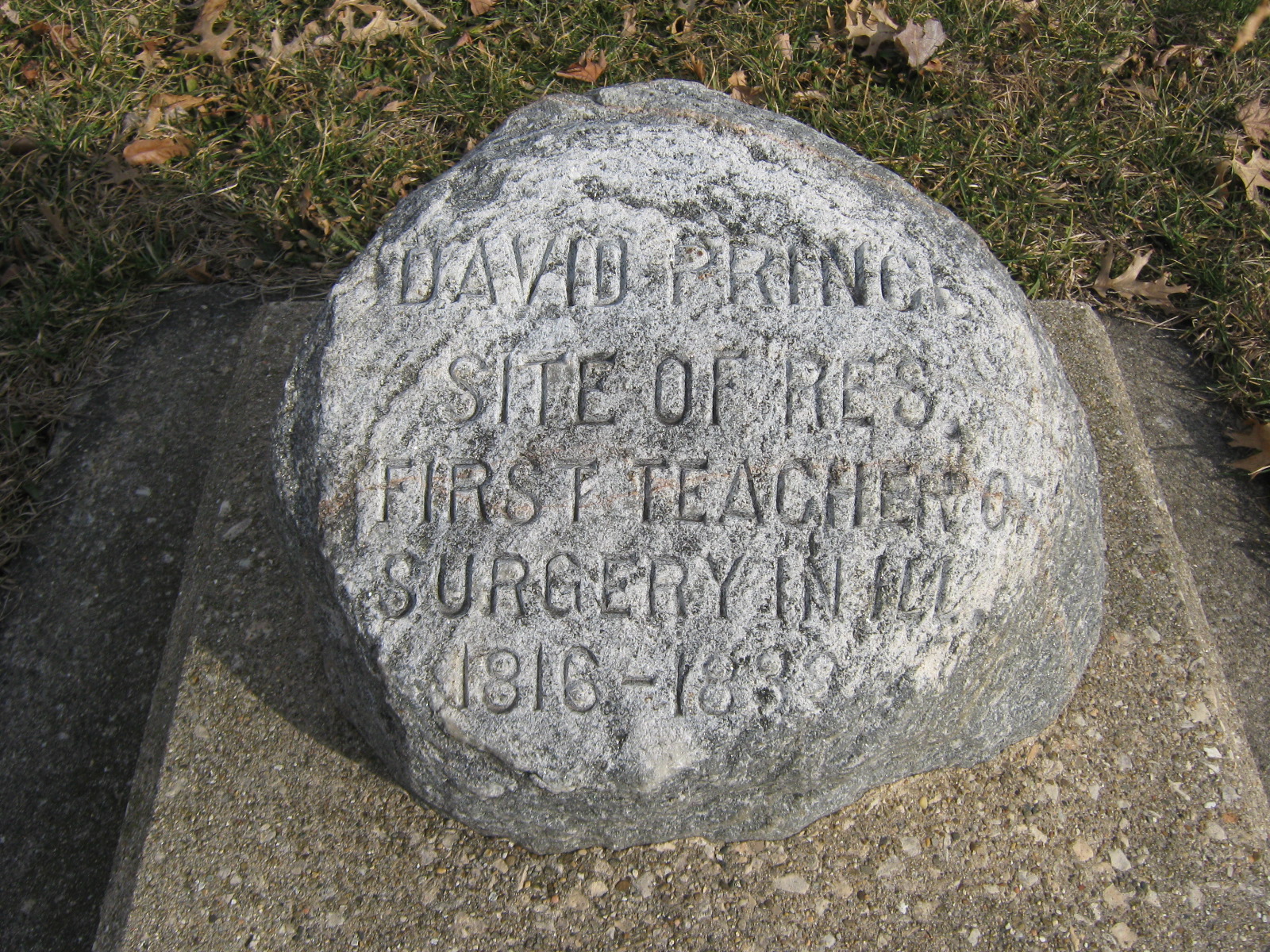 A SHORT HISTORY OF THE ILLINOIS COLLEGE MEDICAL LIBRARY By Robert Berry, IC ‘64 Five titles of the once extensive Illinois College Medical Department library are back on campus. These five volumes of the peripatetic library return 165 years after the closing of the medical department. One of the five books, the oldest in the group, is a Latin text on anatomy published in 1703. The transfer includes an additional sixty-six books that were a part of the Morgan County Medical Society library. The society donated its entire library of 4,000 titles to the American College of Surgeons in 1941. The present transfer of these books to Illinois College was accomplished through the gracious efforts of Susan Rishworth, Archivist for the American College of Surgeons. Dr. David Prince (1816-1889) is the common thread in this story. Research into Dr. Prince’s life and works by this writer turned up the history of the Illinois College Medical Department’s library. Dr. Prince was the Professor of Anatomy and Surgery of the Illinois College Medical Department (1843-1848). Active in several Jacksonville organizations, he was a charter member of the Morgan County Medical Society. Of the seventy-one books being transferred, twelve are from Dr. Prince’s private library, donated to the society’s library in 1906 by his sons. The Illinois College Medical Department opened November 16, 1843, one month before the Rush Medical College in Chicago; taken as grounds for the claim to be the first medical school in Illinois. Fourteen students attended a sixteen week course of lectures. Six of those students graduated in 1845 with an M.D. degree. The medical department was established by the IC Board of Trustees with the understanding the medical faculty would be independent of the literary school. Two articles on the history of the medical department were written by Dr. Carl E. Black: “Illinois’ First Medical School,” and “A Pioneer Medical School.” Both are available in the Schewe Library. Dr. Carl Black is son of Dr. Greene Vardeman Black, who is acknowledged as the Father of Modern Dentistry. In the first year of the medical department, the IC Board of Trustees leased the “north attic” of Beecher Hall to the medical faculty. Instruction was static; lectures, texts, charts, and a connected skeleton. In July 1844, the medical faculty purchased and remodeled a two-story barn at the corner of Mound Road and Lincoln Avenue. The remodeled building had four rooms, one of which was a dissecting room. Secondary accounts report the medical department was closed in 1848 because it was unpopular with the community, and the literary school faculty, over the “anatomical question.” However, Dr. Samuel Willard, an 1848 graduate of the medical department, said categorically that it closed because the teachers could not continue to personally subsidize the medical department and take promissory notes from students.