The Heaviest Corner on Earth Marker

A promotional photo of the four buildings that represent "The Heaviest Corner on Earth."

This marker was erected on May 23, 1985 by the Birmingham Historical Society. 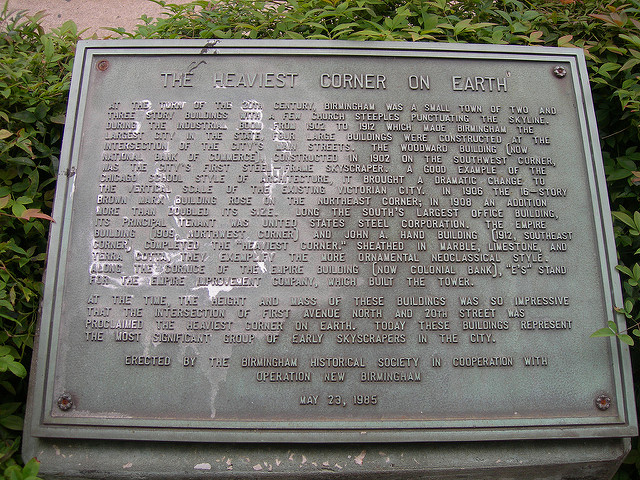 Jemison Magazine proclaimed the intersection to be the "Heaviest Corner in the South" in 1911. As the years wet by, this name was changed to the boasterous claim that this was actually the largest collection of skyscrappers in the world. While this claim was never meant to be taken literally, the phrase appealed to those who hoped Birmingham could compete in some way with the large and growing metropolitan cities of the east.